"Greasy movie"
Hungarian film reminiscent of Michel Gondry deals with the existential realities of youth, and it's also infused with political flavours and a heartfelt tribute to Budapest - available in December with ArteKino

T is Hungarian director Gábor Reisz’s first feature film, following on from a series of domestically-popular shorts. Set in Budapest, this distinctly indie debut shows some playful camerawork alongside a lot of love for the beauty of Hungary’s capital. It also procrastinates a little, much like its protagonist’s attempts at life.

The film follows 29-year-old geek Áron (Áron Ferenczik), who has recently graduated from film history studies. Unbeknown to his friends and family, Áron’s girlfriend Eszter (Juli Jakab) has also just broken up with him, leaving him jobless, loveless, and in a state of melancholic ennui. On his 30th birthday, Áron’s more financially and socially successful friends see a photo of Eszter with a new man on social media, leading to a blurring bar-bouncing night during which the birthday boy books flights to Lisbon with his father’s credit card. The film proceeds to explore the many decisions Áron agonises over in the run-up to his possible trip to Portugal. 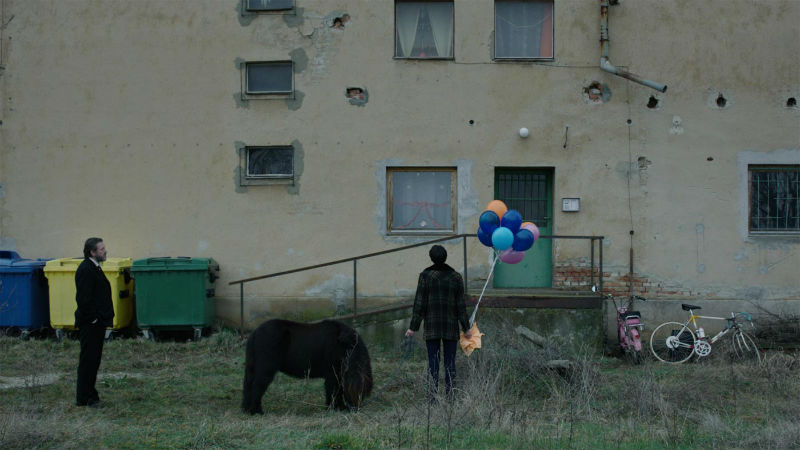 At its best,For Some Inexplicable Reason is reminiscent of Michel Gondry – on more than a couple of occasions it switches unexpectedly into delightfully dreamy surreal sequences. The eternal bickering of Áron’s overprotective mother (Katalin Takács) and father (Zsolt Kovács) is a hilarious joy to watch. The film takes a good stab at the sort of existential realities we all encounter as we creep towards the end of our twenties – from the vacuousness of compulsory gift-giving to the absurd dehumanising drone of corporate jargon. At times, it touches on domestic political issues.

The acceptable limit of Hungarian patriotism is shown humorously through Áron’s mother’s insistence on Hungarian fruit and veg, while one montage shows the protagonist walking past different slices of Hungarian society, including black-balaclava clad ‘nationalists’ and people in traditional rural dress. In one café conversation, Áron’s friends have a frank and eye-opening discussion about whether it makes more economic sense to stay in Hungary or work further west. 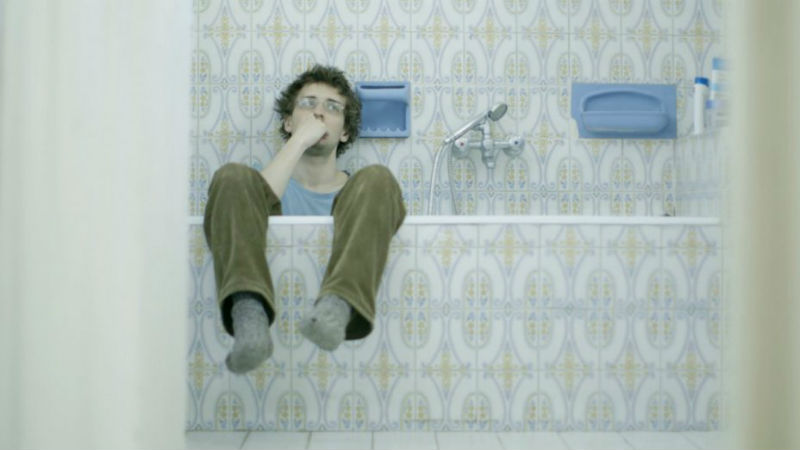 The film skims across the above topics light-heartedly. Reisz appears more interested in his protagonist’s despondent musings than anything else, which leads to extended characterisation. Before Áron gets close to Lisbon, we witness his prudish sexual despair, his unnerving tendency to obsess over romantic interests, his mismatched relationship with his group of friends. As a result, the narrative climax comes late on. Something is lost in the final rushed flurry of the film, and it would be better served with a more detailed examination of Áron’s stay in Lisbon. Without this, the film is weighed down by his hopeless Budapest existence, albeit with interspersions of mild entertainment.

Away from its fantastical fourth-wall-breaking, For Some Inexplicable Reason has a rough feel to it. It makes frequent use of cameraphone-style footage. The style of cinematography is haphazard and hardly beautiful, much like Áron’s life. There’s a certain realism to this that – if you can get on board with it – makes for light, fun, but occasionally laboured viewing.

For Some Inexplicable Reason is available to view online during the month of December only with ArteKino – just click here for more information.

Greek man actively seeks attention and pity after his wife falls into a coma, in a quaint and twisted tale about out lack of time for each other - available throughout December with ArteKino [Read More...]

Small town in Austria is riddled with repressed sexuality and confused sentiments, but there's also a beam of hope for the silent hearts - available in December with ArteKino [Read More...]