"Dirty gem"
A middle-aged couple return to where they spent their first night together three decades earlier, only to come to the fateful realisation that the years have killed their affection - heartrending Korean drama shows at the London Korean Film Festival

It’s dusk, and a middle-aged couple Heung-ju (Yang Heung-ju) and Eun-ju (Seo Young-hwa) are on a cab leaving Cheongpyeong’s temple, the same place where they spent their first night together 30 years earlier. Eun-ju realises that she forgot her mobile phone and asks the driver to turn around. She’s confident that she dropped it inside the temple. They return to the site but the building is now closed. Eun-ju continues the search for her mobile phone, but it’s soon clear that it isn’t just the electronic device that the she’s seeking. The landscape is extremely cold, icy and wintry, as the Temple is located somewhere on the mountains.

In reality, Eun-ju is trying to reconnect with her husband. The sad woman is looking for the spark in the relationship, the companionship and the simple desire to be with each other, which seem to have now vanished with the years. The couple have an extensive conversation while eating (Koreans like to have long in-depth conversations over food both in real life and in cinema) and they come to the tragic realisation that Heung-ju no longer finds it pleasurable to be in his wife’s company. For the rest of the night, the two go in different directions. 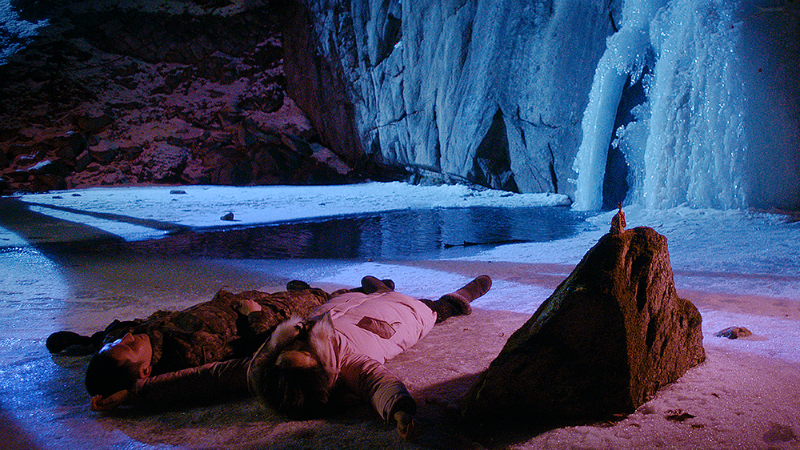 Heung-ju hits the bottle, and rekindles with an old lover. It’s unclear what the woman is doing at such remote and cold location, where very few people are to be found. Perhaps Heung-ju just imagined it all. A young couple, however, are very real. They are just beginning to connect romantically, just about to give their first kiss. They are a reminder of what Heung-ju and Eun-ju used to be like three decades earlier. And perhaps they too might end up breaking up in the same spot 30 years from now.

Winter’s Night is moving in its candour and remarkable in its perceptiveness. The camera is almost entirely still, except for two cab sequences and some gentle outdoors pans. This allows the director to focus on small details in the background (such as a rotating fan and the blinking hazard lights of the taxi) and also on the facial expression of the actors. This is a highly conversational film, a lot like Hong Sang-soo. But there also also laconic moments, when words fail the protagonists, and these too are extremely powerful. The symbolisms are straightforward and yet extremely effective: thin ice for danger, footsteps for a way of no return, a lost mobile phone as a token of lost love. 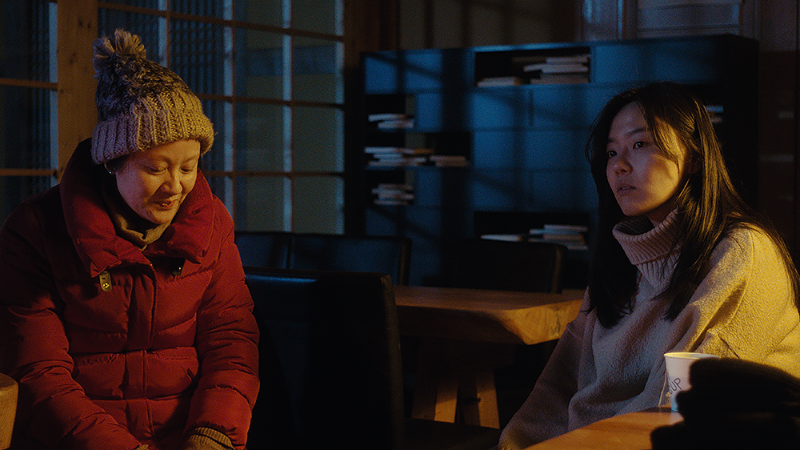 The director is just 33 years old and he is already in his third feature. He has a remarkable sensibility for a man of his age, particularly given the topic and the age of the characters. I would hazard a guess this young man has a bright future ahead.

Winter’s Night showed in the Competition of the 22nd Tallinn Blacks Nights Film Festival, when this piece was originally written. It shows as the first teaser of the London Korean Film Festival in April.