This is as gruesome as a horror film gets. The enemies here are neither paranormal nor extraterrestrial. They are mere dogs – mostly German shepherds and rottweillers – who will bite and rip to pieces any Pole that comes their way. Get set for plenty of barking, snarling, howling and also a little yelping. Perhaps more significantly, get ready for heavily dilacerated bodies, scars, plucked out eyes and so on. In graphic detail. This is not a film for the squeamish.

The story takes place in 1945, as children are liberated from a concentration camp somewhere in Poland. They find shelter is an abandoned estate house without food and water. Then suddenly and inexplicably the building becomes besieged by the frothing beasts, leaving the children trapped inside. They begin to starve. One child shares a shocking anecdote: a gypsy was so thirsty he drank his own blood. Another child speculates that the ferocious dogs are inhabited by the souls of SS officers. So maybe this is a paranormal horror film, after all? 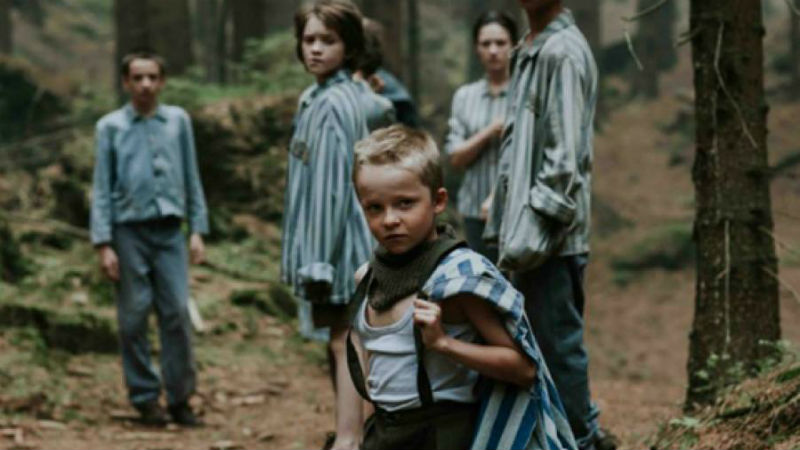 Paranormal or not, one thing is certain: the dogs do represent Nazi officers. Werewolf is a very political film teeming with anti-German resentment. A German survivor is sheltered in some underground building nearby, and he’s not painted in a very positive light. The entire ordeal is a trope of the Holocaust.

At one point, the children begin to communicate with the dogs by shouting “Nieder!!!” (German for “down”) and by lifting their arm doing a Hitler salute. This is when tables begin to turn. Perhaps these tragic young people will find a way out and survive yet another tragedy. Werewolf is riveting enough at its duration of 88 minutes. But the story has a few gaps, and the narrative doesn’t come full circle, the proposed closure isn’t too convincing. I left the cinema thinking: “this ending didn’t bite me hard enough”.

Werewolf premiered in the Competition of the 22nd Tallinn Black Nights Film Festival in 2018, when this piece was originally written. It’s out in UK cinemas on Friday, October 4th. Available on BFI Player on Monday, October 7th.

Six-year-old Jewish orphan survives Nazi occupation of Russia by hiding under her mother's corpse and then in a disused chimney - from the Tallinn Black Nights Film Festival [Read More...]

Fifteen-year-old girl is deported to Siberia during the Soviet occupation of the Baltic nations, in a film with strong echoes of Steven Spielberg's most harrowing movie - on DVD and digital HD on Monday, July 15th [Read More...]