"Greasy movie"
A teenage hopeful comes from the sticks to London’s Soho and finds himself working as a rent boy talking to punters about paintings - on VoD on Monday, December 10th

A real curiosity falling somewhere in between a gay movie, a London movie, an arthouse movie and a movie about paintings, this is the story of a youth who comes to London’s Soho in search, as he puts it, “of mysteries and possibilities”. He swiftly moves from homeless hopeful to successful rent boy for clients interested in classical painting. However, it turns out he suffers from Stendhal Syndrome, which means he is so overcome by great paintings that he collapses in front of them. Indeed, this is telegraphed by the opening scene in a gallery where he faints in front of a Titian.

Director McLean takes inspiration from a stylised episode in the middle of his earlier Postcards From America (1994) and the bigger than life, obviously studio-created urban environments of Hollywood musicals which eschew verisimilitude for colourful design. McLean’s sets for Soho, while reminiscent of its Sin Alley with neon signs for Girls Girls Girls and more, drip with artifice. But his bars, rooms and alleyways are all on the cramped side and the viewer longs for a set on a bigger stage to punctuate the proceedings. His style being far removed from realism, taking such a liberty would not seem unreasonable. 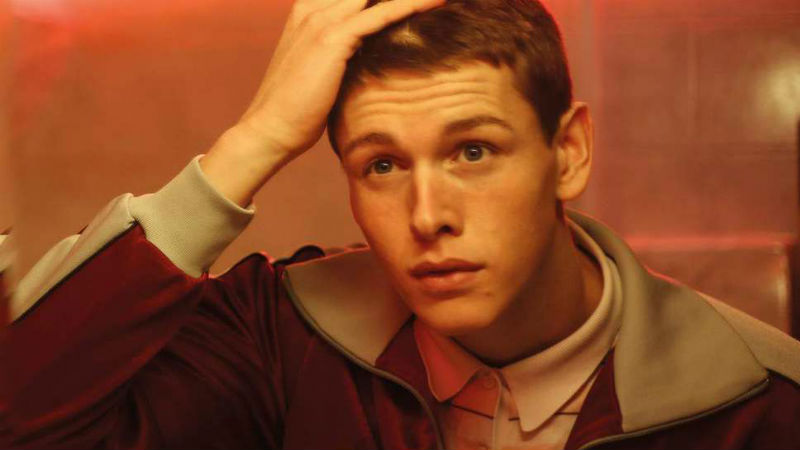 While Harris Dickinson carries the film, his performance is not pushed as it was in the extraordinary Beach Rats (Eliza Hittman, 2017) where he brilliantly expressed tortured and closeted homosexuality. McLean is less interested in either his actors’ performances or explicit representations of gay encounters than in stylised homoerotic imagery such as a bar full of boys and girls dressed in white sailor hats, vests and trousers. To move the plot along, he throws Jim in with a group of escorts known as The Raconteurs led by David (Jonah Hauer-King) who specialise in post-coital conversations about the great painters.

The director employs Dickinson and other cast members to stage Caravaggio tableaux for the scenes where Jim’s passing out takes him inside the world of the paintings while they are being created by the artists concerned. Yet overall the piece lacks either the social realist grittiness of that Soho artist Francis Bacon/his lover George Dyer drama Love Is The Devil (John Maybury, 1998) or the sheer shock value of horror thriller The Stendhal Syndrome (Dario Argento, 1996) which latter movie is where many cineastes will have previously come across the term for Jim’s condition. 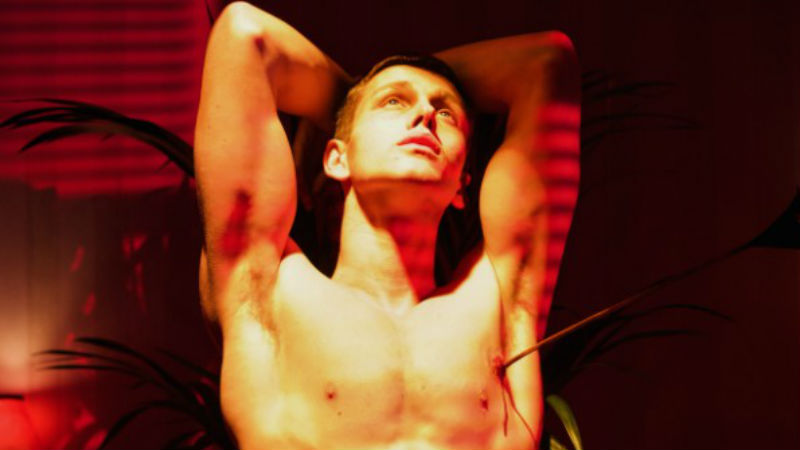 Although there are references to Bacon and Dyer, and – even more fleetingly – Picasso, the view of art presented is here is both limited and highly specific, with few recognisable paintings on display beyond Caravaggio and Titian. True, there’s a hotel room staging of the martyrdom of St Sebastian complete with rubber sucker-headed arrows flying through the air and a twentieth century painter Max (Richard Durden) who slashes numerous canvases for which Jim was his muse, not to mention a pile of cardboard in front of which Jim swoons in an all too brief nod to more contemporary art, but these lack the gravitas of the visualised Titians and Caravaggios at the film’s centre. If the stylized Soho sets are impressive and the performances adequate, an overall lightweight feel to the whole rather lets it down.

Postcards From London is out in the UK on Friday, November 23rd. Out on VoD on Monday, December 10th.

The Price Of Everything

Things money just can buy! Doc about contemporary art market – the artists, the dealers, the buyers – poses questions about the dual natures of both art and capitalism - in cinemas from Friday, November 16th [Read More...]