"Filthy genius movie"
Koreans sent abroad for adoption return to South Korea to try and locate their birth parents, in profoundly moving fiction feature based on the director's own experience - from the London Korean Film Festival, on now

The plight of Koreans adopted by foreigners who take them far away from the land of their birth is the subject of this Danish-Korean co-production, the first feature by Malene Choi. It’s basically in English, with parts in Danish (with English subtitles) and parts in Korean (with no subtitles, that language not being spoken by the film’s Korean-born, Danish-bred characters).

It all starts with strange, disconcerting electronic sounds and equally unsettling images such as a person disappearing through a door which closes behind them, the shot trimmed in such a way as to leave almost none of the frames of the disappearing person in the shot. Or a woman, who we’ll later discover to be Karoline (Karoline Sofie Lee), viewed from behind as she trudges through lower leg deep mud on a beach (an image which, by accident or design, reminded me of the similarly apocalyptic image towards the start of fellow Dane Lars Von Trier’s Melancholia, 2011). 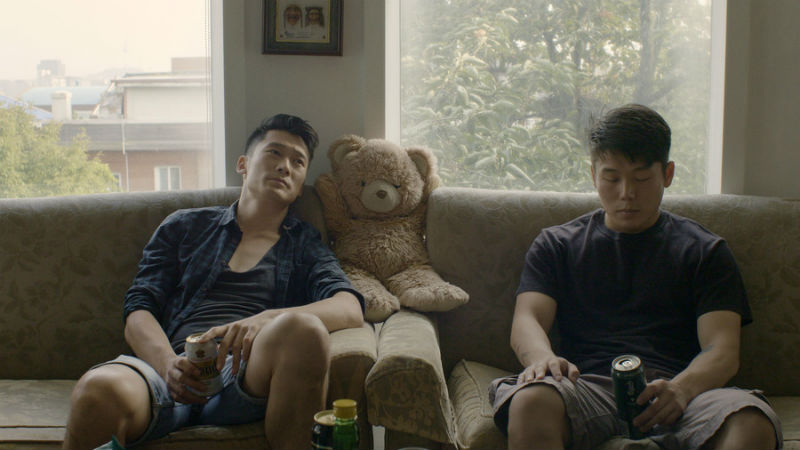 Karoline has left the Denmark she knows from her upbringing to travel to South Korea where she was born to try and find her birth parents. She checks in to a hostel which functions as a temporary base for birth Koreans adopted in other countries trying to track down their parents. She bonds with Thomas (Thomas Hwan) who, like her, was adopted by Danish parents.

Thomas, who is not new to this process as Karoline is, advises her after a frustrating visit to a Holt International Children’s Services (HICS) office where a lady who works there gives Karoline the runaround. It’s not clear whether the lady hasn’t checked hospital records because, as she claims, such records are rarely kept, or because she can’t be bothered, or because it’s somehow against some unwritten law of Korean culture to ask for such things.

Whatever, our female protagonist finds the whole experience frustrating, even harrowing. Thomas advises her that people who threaten such functionaries with their refusal to leave often get told the information they seek. Interestingly, the charity employee is a real life one, the scene staged presumably with her not being told the two actors were actors so that she would treat them like real life adoptees. 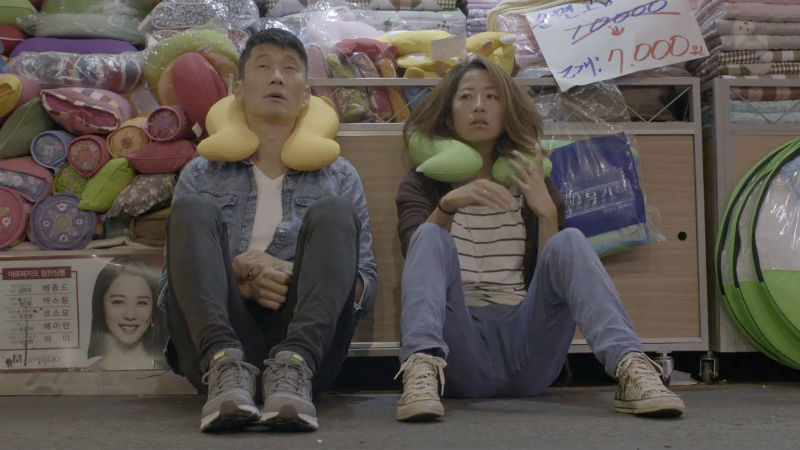 This brings us to a fascinating aspect of the film. Its director and many of its actors, including the two leads, are Korean adoptees to other countries (Denmark in the case of the director and her two leads). The script was based on Choi’s own experiences searching for her Korean birth parents. She then encouraged her cast to improvise, drawing on their own experiences of their searches for their families. Serial vox pops with one young woman feel like she’s recounting her own personal experiences. You feel like you’re watching documentary and fiction rolled into one – a most unsettling experience…and yet it works.

Thomas has considerably more luck with his own search and takes Karoline along to meet his mother. In a remarkable single shot scene, son and mother communicate on a very deep level eating a meal she has prepared, despite not sharing the same verbal language and without anything so clichéd as a hug. The effectiveness of this scene is is down in no small part to the extraordinary performance of the actress playing his mother.

Altogether, this is a remarkable, heartbreaking film likely to resonate with anyone adopted into a foreign culture trying to trace their birth family, or even people adopted without the trauma of being sent abroad.

The Return plays in the London Korean Film Festival (LKFF). Watch the film trailer below:

Like mother, like son. A woman informally adopts the teenage son she's not seen for more than 10 years – from the London Korean Film Festival, on now [Read More...]