The Price Of Everything

"Greasy movie"
Things money just can buy! Doc about contemporary art market – the artists, the dealers, the buyers – poses questions about the dual natures of both art and capitalism - in cinemas from Friday, November 16th

On one level, Nathaniel Kahn’s latest is a filmmaker’s dream. Kahn, who made the compelling documentary My Architect (2003) about his father Louis Kahn, had an idea for something about art and money and persuaded his backers to let him just go out and start shooting. And he got some great material. The Price Of Everything is mostly vox pops, although that’s augmented with footage of the subjects doing what they do – artists working in their studios, dealers checking proofs of catalogues, buyers showing us artworks in their homes – and the odd bit of historical footage such as of 1973’s infamous Robert Scull sale.

New York taxi driver Scull was both a brilliant publicist of events and an avid collector of modern art by then unknown artists. His sale at New York’s Sotheby Parke-Bernet of some 50 of his paintings saw them sell for up to 50 times the price he’d originally paid. It established the idea that artworks could be traded for considerable profit, enraging the artists who made no money whatsoever from such sales. Although, as Scull points out in archive footage to painter Robert Rauschenberg, the new prices set the bar for future sales of such artists’ works which would benefit them too in the long run. 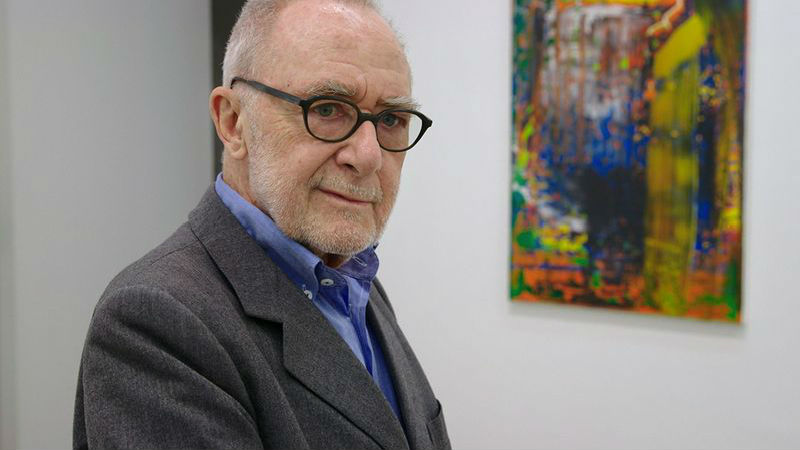 Celebrated artist Jeff Koons, whose ‘Rabbit’ casts an inflatable silver-coloured rabbit in solid steel, is here revealed as as much a player of the art market as a maker of art. Like a Renaissance artist employing a vast team of over 100 artisans, his studio produces a steady stream of work designed to sell to collectors at the highest prices. The contradiction doesn’t seem to worry him, but it leaves a nasty taste if you think art is something more than commercial product.

At the other end of the scale, abstract painter Larry Poons was praised in the late sixties for his widely collected Op Art dot paintings. But when he abandoned that painting style for something looser, his newer works failed to sell like his favoured ones. The market is shown to elevate its chosen art practitioners such as Nigerian-born Njideka Akunyili Crosby, whose 2012 painting Drown catapulted her into the ranks of top selling artists when it fetched around five times its estimate at auction in 2016.

Alongside the artists, the film parades a veritable circus of dealers, buyers and others. Sotheby’s Amy Cappellazzo protests that contemporary German artist Gerhard Richter (seen in the film, but not that much) is happy to take money from private buyers, but would rather his works went to galleries where the wider public can see them. This assumes neither collectors nor museums have hidden them away in storage.

Elsewhere, collector Stefan Edlis proudly shows off works in his collection as well as his battered, ‘J’-stamped passport that came with him when he escaped Nazi Germany as a teenager. He clearly believes art is meant to be seen and in 2015 rather than secreting them out of sight somewhere as their collection increased, he and co-collector wife Gael Neeson donated some 42 works to the Art Institute Of Chicago where the public could see and enjoy them. 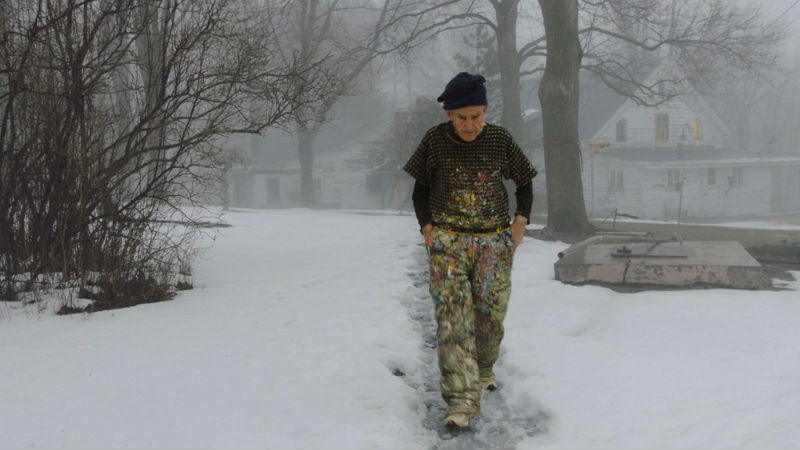 This (and much more besides) may be fascinating stuff, but the problem is that Kahn doesn’t seem to know what to do with it once he’s shot it. The resultant mishmash of watchable character studies lacks any real central thesis to pull it together. If you can get past the obscene sums of money moving from collectors to dealers, some of the people pictured come across well and others less so.

I had the feeling that the prices paid for the art works had little to do with their intrinsic (non-monetary) value. Kahn seems to recognise that most artists do what they do out of compulsion, not to make money. However, the only contemporary artists seen here are those who have been rewarded handsomely in financial terms at one time or another. The Price Of Everything is ultimately about capitalism and trading much more than the artists, who mostly appear incidental to the selling process and all too often separated from their work once it’s sold.

The Price Of Everything is out in the UK on Friday, November 16th. Watch the film trailer below:

Mega-rich, vulgar and grotesque: meet the people with more money than sense, and who unabashedly embrace and brandish their superlative lifestyle - now available for digital streaming [Read More...]

The anti-capitalistic graffiti artist whose real identity remains as elusive as the giant squid is the subject of documentary available on iTunes [Read More...]