"Filthy genius movie"
Boy from the North Country. North Korean defector living in South Korea struggles to survive in the black economy, with scant help from those around him or people at the church he attends – from the London Korean Film Festival (LKFF), on now

Jeon Seung-chul (writer-director Park Jung-bum) is a defector from Musan, North Korea trying to survive in the social underbelly of Seoul, South Korea. He has a badly paid makeshift job putting up fly-posters, operating on the fringes of the law. He dresses cheaply and is in need of a haircut.

He lives in the apartment of Kyung-chul (Jin Yon-guk), who occasionally brings women back for sex. His landlord has no scruples about shoplifting and also runs a lucrative scam in which other North Koreans give him money to send to North Korea.

Seung-chul reads his Bible in his room while listening to Christian worship music. He puts up with his flatmate’s pickups but draws the line when Kyung-chul takes him to a department store and steals a pair of trousers which Seung-chul wants. Seung-chul returns the pilfered item. He later alienates Kyung-chul by bringing a stray puppy home. 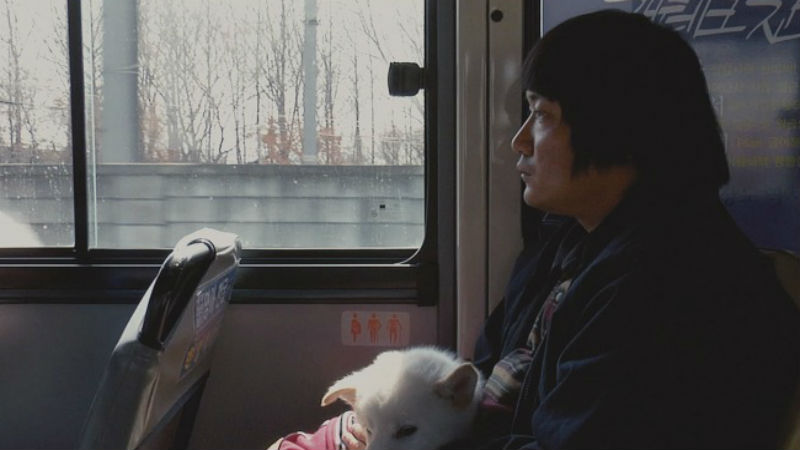 He attends a medium-sized Christian church on Sundays complete with pastor, robed choir and free after service meals. But he doesn’t know anyone there. The church fails the Biblical admonition that believers should welcome strangers into their midst because no-one there ever sits with Seung-chul or talks to him.

He likes a girl in the choir Young-sook (Kang Eun-jin) but she hasn’t noticed him and he can’t bring himself to talk to her. Stalking her, he learns she works running a sleazy karaoke bar where there’s a job vacancy. The twin prospect of more work and getting to know Young-sook better propel him to apply for and get the job.

The one person who appear to genuinely have Seung-chul’s best interests at heart is a cop, Detective Park (Park Young-dong), who tries to help him find better paying and more secure work. But it’s hard because Seung-chul’s ID number identities him as North Korean so no-one wants to employ him.

Shot in highly effective, long takes that really make you feel like you’re in its protagonist’s shoes, this is a slow yet compelling piece that really gets under your skin and marks out its director/ writer/ actor as a unique and articulate voice. 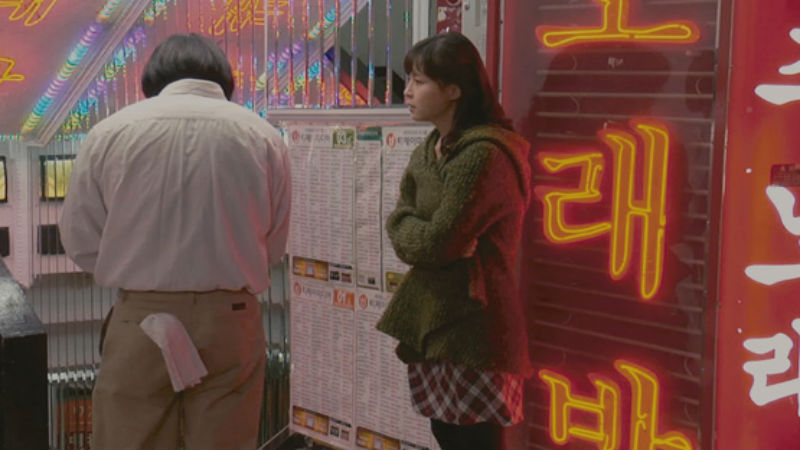 The film portrays a precarious existence. Various elements in Seung-chul’s insecure way of living threaten to collapse around him one by one. His fly-posting boss (Seo Jin-won) thinks his work is substandard and two thugs repeatedly beat him up for working on their turf. He falls foul of Young-sook when she finds him karaokeing to Christian choruses with the club hostesses. Then Kyung-chul’s scam unravels and the two men find themselves relentlessly pursued by three North Koreans he’s defrauded.

Made on a shoestring and breaking numerous conventions, this extraordinary independent movie is like a breath of fresh air. That’s perhaps because first-time director Park is working out how to shoot a feature as he goes along. Although things happen later on which to some extent redeem the way society and church characters here deal with the underclass, this is a searing indictment of their attitudes to some of Korea’s most vulnerable people.

Park’s second feature, the three hour long Alive (2014), plays in the LKFF on Tuesday. If it’s anywhere like as good as this debut, audiences are in for a treat.

The Journals Of Musan plays in the London Korean Film Festival (LKFF). Watch the film trailer below:

And here’s the trailer(Korean, no subtitles) for his follow up film Alive – showing in the LKFF Tuesday, November 13th: