"Greasy movie"
The legacy of a family restaurant is explored in this French documentary, that is as much about fatherhood as it is about cooking - now available with Walk This Way VoD

An ensemble piece that combines fly-on-the-wall observation with lyrical reflections on the Bras family and food, plus a warm work that expertly depicts the passing of the baton – that’s probably the most succinct and accurate way of describing the documentary Step Up The Plate. The French title Entre Les Bras has a double meaning that’s impossible to translate: it means both “in your arms” and “amongst the Bras”.

It stars Michel Bras, owner of the the world-acclaimed three Michelin-star rated Bras restaurant in Laguiole, Southern France, and his son, Sebastien, who has worked in the restaurant for over 15 years and is being prepped to take over. Michel is a fastidious man: he delivers the pep talks to the waiters and the fellow cooks; he goes to the market to pick the best vegetables; and he oversees dishes as if his life depends on it. Poor Sebastien… despite being in his mid-40s and a great cook in his own right, he still works under the eye of his father. 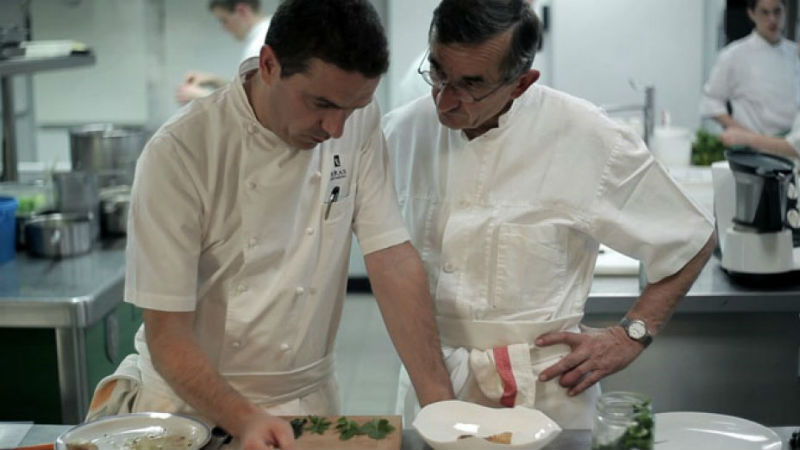 Sebastien will inevitable take over from his father, but this doesn’t mean it will be an easy process. As one keen eye in the documentary notes, sometimes it’s easier to start from the bottom of the ladder. If your father is already at the top of his game, there is nowhere really left to go. In many ways it resembles the classic Japanese documentary Jiro Dreams of Sushi (David Geld, 2011), in which a man in his 80s refuses to give up his trade and leave the business to his son. While the food preparation scenes and philosophy don’t quite reach the heights of that film, which helped to birth the Netflix series Chef’s Table, it’s still a welcome companion piece.

Both films explore what it means to grow up in a kitchen with a father who finds it hard to accept their son is not just an extension of themselves but a person in their own right. This is where the documentary form can be more honest and reflective than a fiction drama. There is no clichéd confrontation scene here, with the father breaking down to the son about how he needs to find his own path. The lack of resolution is a theme in itself, asking hard questions about how families work without resorting to easy answers. 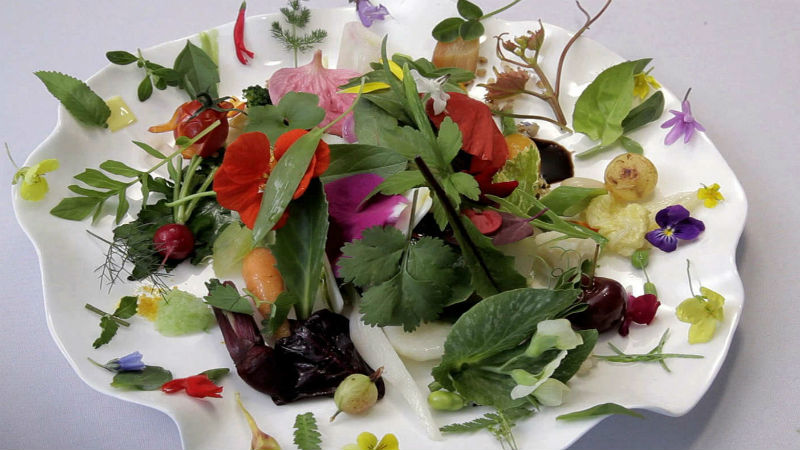 It’s not the most psychologically rigorous film, instead allowing its characters to express themselves through cooking and in the case of Sebastien, running. To help stress the inevitable march of the time, the film is structured around the four seasons, with the beautiful surrounding countryside often lensed around times of sunrise and sunset. Much time is dedicated to preparing food, trying out recipes and making sure everything is absolutely perfect. There is a nice symmetry between the opening and closing scenes – starting with the father preparing a salad and ending with the son unveiling his new signature dish.

The key conflicts are also expressed through food, with Michel constantly asking Sebastien questions about everything he does. To the outsider, these look like minor quibbles. For Michel however, it must be a case of life or death, and a refusal to see that one day he will have to hang up his knives. There’s no doubt that Sebastian’s final dish, which is meant to signify the journey from savoury to sweet, is something of a bittersweet metaphor for how he views his father. And as for his young children, all of them in their pre-teenage years? They’re already in the kitchen, preparing their own dishes. In this family, some things will never change.

Step Up the Plate is available on all major VoD platforms on Monday, November 12th. It is part of the Walk This Way collection.

Italian documentarist and journalist join forces in order to shed light at a tragedy that narrowly destroyed Tokyo, raising questions about governance and accountability - out on Monday, November 12th as part of the Walk This Way collection [Read More...]