"Dirty gem"
Italian documentarist and journalist join forces in order to shed light at a tragedy that narrowly destroyed Tokyo, raising questions about governance and accountability - out on Monday, November 12th as part of the Walk This Way collection

The Fukushima Daiichi nuclear disaster on March 11th 2011 marked a turning point in the history of the Japan, when an earthquake followed by a tsunami hit the Tepco Nuclear Power Plant on the country’s Pacific coast. It was the first time in history that the Japanese government declared a nuclear emergency. It was also the first time ever Emperor Akihito spoke on television directly to his people. The last time an emperor broadcast a message live to his people was when his father Hirohito announced the end of WW2.

This powerful documentary – which was shot between March 2011 and March 2015 – was created by two Italian men. The helmer Matteo Gagliardi, who stays behind the camera all the time, and the journalist Pio d’Emilia, who often in front of the camera. The script is loosely based on d’Emilia’s book Nuclear Tsunami. The bearded avuncular man (pictured below) explains that he has lived in Japan for 30 years, and that he has a love-hate relationship with the country, where he will always be identified as a “Gaijin”. But it’s earthquakes – not any cultural aspect of the Japanese lifestyle – that he fears and loathes the most. 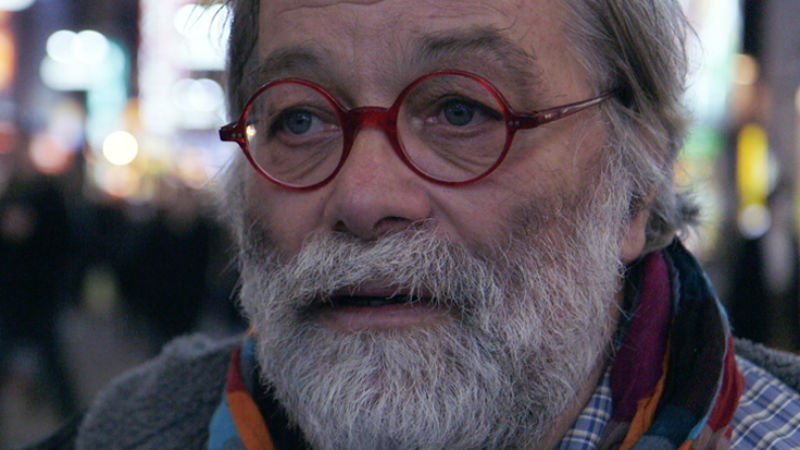 Fukushima, A Nuclear Story sheds light at what really happened at the four Fukushima reactors. We learn that all four buildings were severely damaged, contrary to the belief that one of them remained intact. We also learn about the engineering challenges and the political commotion that followed. Recently-elected prime minister Naoto Kan had to resign following various reports of lack of governance and poor disaster management, and also for failing to implement the required security measures to prevent the disaster from taking place.

Great insight into the engineering nuts and bolts is provided through drawings and animated graphics, presumably CGI. We learn, for example, that the reactors were constructed like matryoshkyi (Russian dolls), with many protective layers Dramatic. Aerial images of tsunami swallowing cars are contrasted against images of collapsing buildings, and frantic politicians on television. The tidal waves went as far as seven kilometres inland, we are told. Animation is occasionally used to depict the survivors and aftermath of the disaster. Epic instrumental music adds the final touch: some sequences sound like an opera or a concert, a tragedy concocted my mother nature.

At one point, the filmmakers visit the fishing town of Kesennuma, which was almost entirely wiped out by the tsunami. The weather is foggy and the landscape looks phantasmagorical. A woman warns the filmmaker from her window the water is rising, which means another tsunami might be on its way. Yet she does not budge from her already partially-destroyed home. The locals remain largely stoical at the prospect of disaster – which must be quite foreign to the Italian filmmakers, used to far more dramatic reactions in their Latin culture. 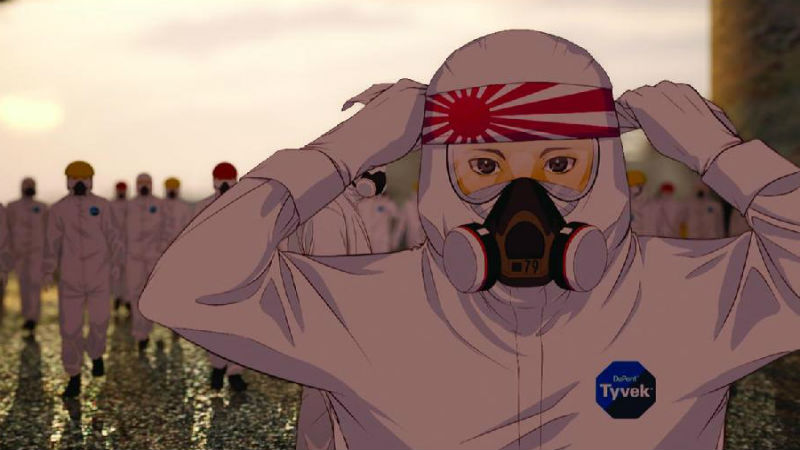 In the second half of the film, d’Emilio and Gagliardi break into the prohibited zone without government permission (the areas surrounding the power plant cordoned off due to high radiation levels). They witness the “animal Holoucaust”, mostly cows are horses left behind to fend for themselves and inevitably die. “Life exudes death”, d’Emilio puts it succinctly. There are carcasses everywhere.

At the end of the doc, we learn that the catastrophe could have been far more destructive had the configuration of the destruction been slightly different (I confess I did not grasp the engineering technicalities). Tokyo could have been completely wiped out of the map. This was an avoidable disaster caused by lack accountability by government, legislators and Tepco. Public opinion, which was mostly in favour of nuclear power, suddenly turned against it. The ghosts of of Hiroshima and Nagasaki (atomic tragedies, but also very deadly in nature) and also of the fishermen killed in the nuclear testing of the Bikini Atoll in the 1950s (conducted in secrecy by the US) have returned to haunt the Japanese.

Despite the lessons learnt from Fukushima, Japan’s current prime minister Shinzo Abe has resumed nuclear power operations. Unlike the Finnish, who have since buried all nuclear materials in underground catacombs made to last 100,000 years. The dramatic strings at the end of the film seem to suggest that the nuclear issue is far from resolved, and a dark future might lie ahead.

Fukushima, A Nuclear Story is available on all major VoD platforms on Monday, November 12th. It is part of the Walk This Way collection.

What if everyone was entitled to "free" money, regardless of work? Doc investigates the concept of Universal Basic Income, and the successful pilots across the globe - from Walk This Way VoD [Read More...]