"Greasy movie"
A little Indiana Jones, a little Guillermo del Toro. American military horror set on D-Day makes use of every conceivable genre cliche, yet it's scary and fun enough to watch - now on Netflix

Evil Nazis, heroic Americans, plenty of explosions and limbs flying around. Sounds like your average Hollywood war movie. Then throw in a mad German scientist and a serum that brings the dead back to life. You tread into the small yet not entirely obscure military horror subgenre. Overlord has exactly all the ingredients you would expect from both a horror and a war movie. It’s unabashedly formulaic. But it’s also effective enough to keep you hooked to the screen for 105 minutes.

On the eve of D-Day, American paratroopers drop somewhere in France, near the small town on Mont Blanc. Their objective is to enter the walls of a fortified church-turned-Nazi-military-headquarters. They wish to destroy a radio transmitter. They find refuge in the attic of a local young woman, the pretty Chloe (Mathilde Ollivier), who nurtures a profound dislike for the Nazi occupiers. 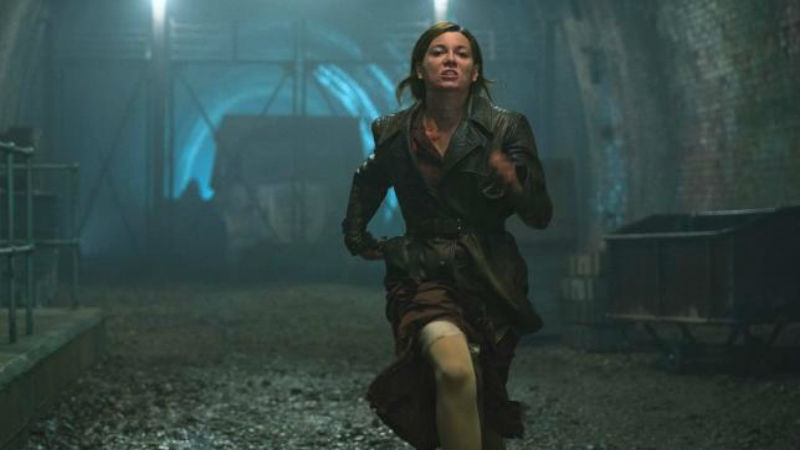 The first sign that something very sinister is taking place comes from one of the rooms in Chloe’s house, where her “sick” aunt lives. The lady emits animalistic panting and roaring sounds. One day, one of the paratroopers takes a peek, and the old lady isn’t quite what he expected. Private Boyce (Jovan Adepo) ventures into the fortress on his own, where he encounters medical experiments that would leave Josef Mengele green with envy. There are reanimated corpses everywhere, some with little more than their head and spinal chord. The living dead are locked up and crying for help.

The good American guys are are soon uncovered by the evil Dr Wafner (Pilou Asbaek), who often visits Chloe at her house in order to satisfy his sexual urges. Predictably, the young French lady finds the cocky Nazi repulsive. One of the good guy subdues Dr Wafner, but then something goes wrong and one of the American soldiers gets killed. Private Boyce decides to use a serum that he fetched during his mission in the fortified church on his dead friend. The drug takes effect within seconds. But perhaps returning to life wasn’t such a good idea at all! 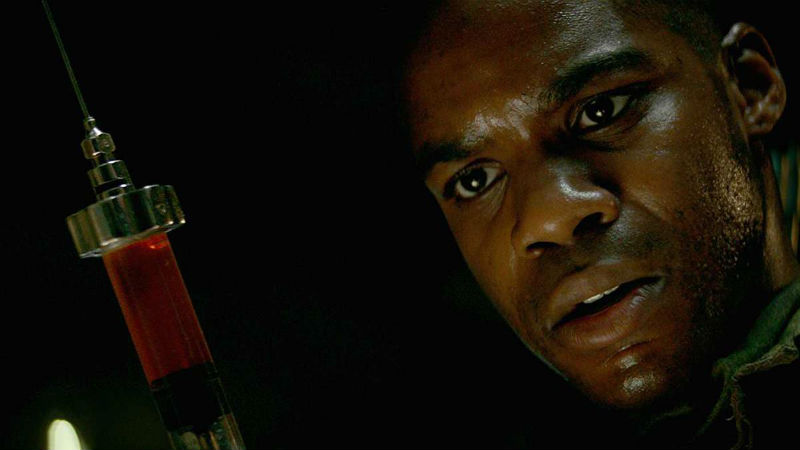 A fantasy feel is conspicuous. The vivid and colourful settings are reminiscent from a Guillermo del Toro horror film, while the fast action – with plenty of dark tunnels, wild chases and explosions – reminded me of the Indiana Jones franchise.

There’s virtually nothing new to the zombie world. The living dead are super strong and capable of walking and fending for themselves as long as their brain remains intact. There are cracked ribs, gaping wounds and all sorts of severely disfigured bodies everywhere. The only subtle difference is that the living dead retain their personality and memories from their living days. That means: good guys remain good, evil guys remain evil. Well, at least most of the time. Don’t expect 100% consistency from the narrative of Overlord. Instead, just be prepared for some good scares and ghoulish images.