"Dirty gem"
The price has gone up. Yet again! A woman who wants nothing more from life than to be able to enjoy whisky and smoking enacts a radical plan to combat everyday inflation – available on Mubi for 30 days only

Miso (Lee Som), whose name in Korean means both ‘smile’ and ‘micro’, lives in a small, one room, unheated apartment in Seoul. So cold in fact that when she and her boyfriend Hansol (Ahn Jae-hong) start peeling off multiple layers of clothing in the middle of winter that she’s given up by the time she’s down to her slip. It’ll have to wait ’til the Spring.

Having enough money is a constant struggle, but she’s shrewd and always puts aside enough for basic outgoings like food and rent as well as pleasures like smoking and whisky every month. When her landlord tells her the rent is going up, because his landlord is putting his rent up and he needs to pass some of the increase on to his tenants, she realises she’s going to have to cut something. So she gives him notice with a view to saving up for a new deposit and finding somewhere cheaper. 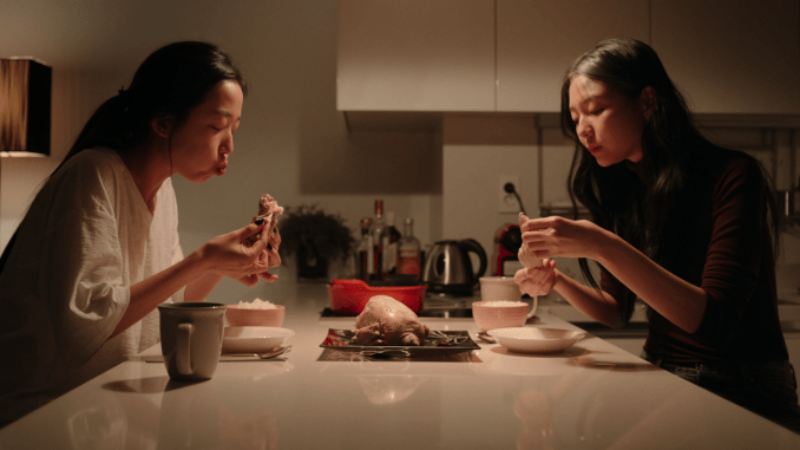 Now, she’s homeless. And homelessness is the perfect vantage point from which to truly see a society for what it is.

As she carries on with her housekeeping job for assorted agency clients, Miso stays with a series of old friends one after the other who all played together in a band back in the day. Among them, keyboard player Hyun-jung (Kim Gook-hee) is married to a man she hates, living in an apartment with him and his parents where she’s doing all the washing, cleaning and cooking, although she’s a terrible cook and the parents ran a Chinese restaurant for thirty years.

Drummer Dae-yong (Lee Sung-wook) is locked into 20 years of paying for an expensive apartment for his wife of eight months who wanted the apartment but has tired of him. Vocalist Roki (Choi Deok-moon) is ecstatic when she shows up at his and his parents’ apartment and makes plans to trap her there and marry her. And guitarist Jung-mi (Kim Jae-hwa) takes umbridge when Miso joins her husband on a balcony for an after dinner smoking break.

Years later, the friends meet for a funeral for which no-one’s been able to track Miso down. “Whatever happened to her?”, they wonder. From the closing moments, it’s clear that while everyone else, in their different ways, sold out, Miso is still out there, on her own and enjoying her smokes and whisky.

There is so much to admire here it’s hard to know where to start. The obvious place is the character of Miso, who quietly rebels against ever increasing price hikes as they destroy her household budget by opting out of the system while still participating in its little luxuries (her cigs and whisky). 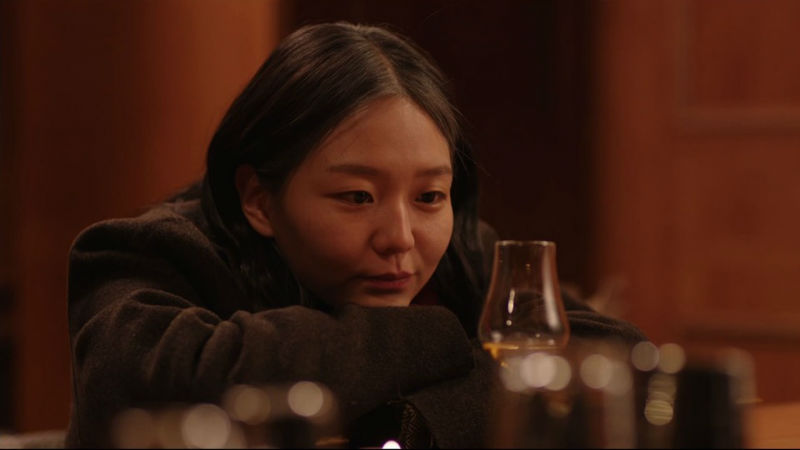 Then there are the friends, each one a deft little character sketch illustrating some human foible or other.

This film has a very definite finger on a cultural pulse that extends far wider than Korea. Prices are increasing, incomes remain stagnant. Those at the top are making a lot of money at everyone else’s expense. And causing a great deal of human misery in the process.

For the most part, the film is beautifully shot and edited, even if it seems to lose its focus somewhat for part of its last third. That’s a minor gripe, though. Its central character is so instantly likeable that one hopes we’ll see more of her – and sooner rather than later too.

Microhabitat opened the London Korean Film Festival (LKFF) as part of its strand A Slice Of Everyday Life. It’s available on Mubi for 30 days starting on March 22nd (2019). Watch the film trailer below.