"Dirty gem"
Three triplets, separated at birth from one another are rekindled to find each other, just as they find out more about one another and about themselves - now available on Netflix

Somewhere in the US, 19-year-old Bobby Shafran drives his old car,“The Old Bitch”, to college. Parking, he is greeted by high-fives and lurches, traditionally reserved for someone of acquaintance. In this case, they are; for his twin brother Eddie, a man he had never met. Media human interest headlines circulated where a young Alan Luchs read in shock how similar they looked to his friend David. David, like the two, had meaty hands, distinctive in the shape of “baseball mitts” which led many to pinpoint one another as three of the same.

Delighting himself with the news with his mother, the pair scoured the headline of “Long Island Jewish Hospital, Louise Wise Adoption Agency”, knowing this stood for more than coincidence and David would complete the puzzle. This is no Will Ferrell movie. This really is stranger than fiction! 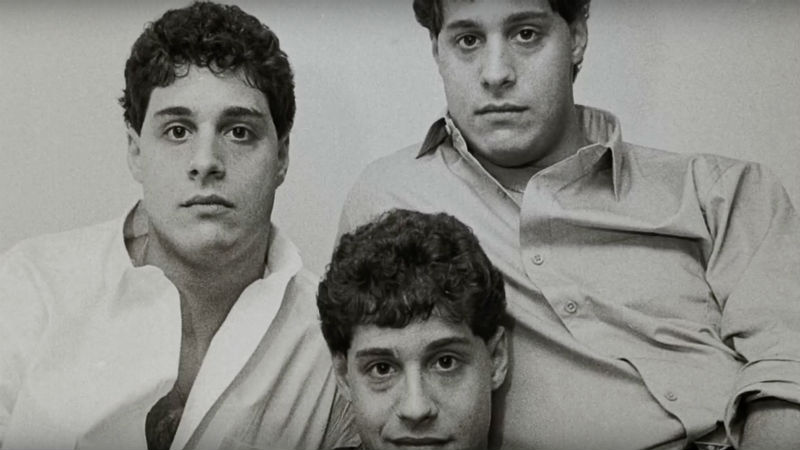 Through talking head shots the brothers reminiscence on what 19-year-olds would compare (namely booze and cars), while older family members were moved beyond material goods (Eddie’s father admits, in his old adage, he still doesn’t have the terminology to describe the meeting of the triplets together). They were perennial chat show guests, evident as the film enters an impressive array of clips and montages (detailing their fetishes in older women as a common trait and taste in cigarette brands).Despite differences in backgrounds (blue collar, middle class, affluent), the three managed a gravitated bond which one interviewee describes as “more like clones than brothers”. Later business ventures helped sour their relationship, not helped by a lack of stable background together as brothers over their first eighteen years, which showed they had interests beyond the superficial.

The film enters a murkier territory when the revelation of their shared history is not one of cloning, but experiments nonetheless. Separated at birth for studies in differing domesticities to gauge their results in nature and nurturing environments, the truth is one the subjects still find insidious, comparisons to “lab rats” and “nazi shit” among the repartee, before the film points the irony that Dr. Peter Neubauer, director of the Child Development Centre in Manhattan and the psychoanalyst in charge of the study, was himself a Holocaust refugee from Austria. 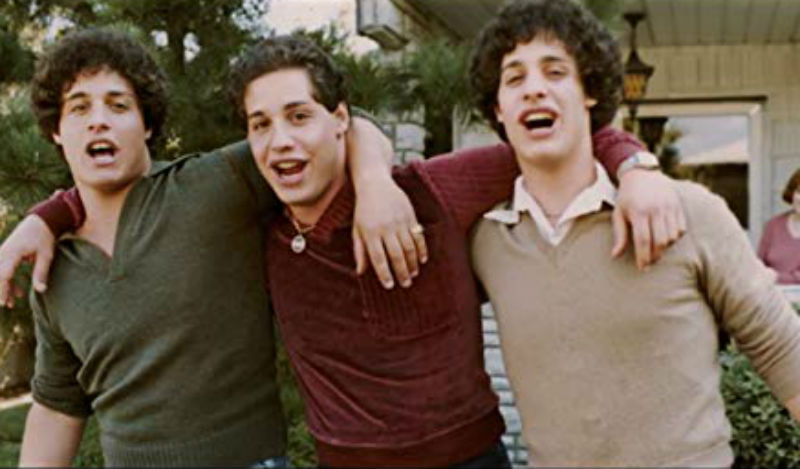 Through clue after clue, director Tim Wardle plays the film as a detective mystery, which given that it ends with the knowledge that additional Yale files will be locked away until 2065, isn’t entirely successful in resolve.

That the watchability, humanity and pain of the story comes from the talking heads and their viewpoints says much for the realities, harsh and wonderful, that these men lived through. In a lifestory which has borne many moments, there is one that is particularly special. A shared tear between brothers David and Bobby watch an interview pertaining to the “nature versus nurture” study shows a shared family pain in one communal shot. They may express their rage differently, in different accents, with different adjectives, but both share the anxiety, hurt yet love from the context of the message written about their lives.

Three Identical Strangers showed at the UK Jewish Film Festival, which takes place between November 8th and 22nd, when this piece was originally written. It’s out in cinemas across the country on Friday, November 30th. On Netflix in May.

The author who never was: meet the multiple aliases of author Laura Albert and her literary persona JT LeRoy. By the end of this documentary, you will be even more befuddled by her (or his?) real identity [Read More...]