"Greasy movie"
An entertaining British crime caper with more twists and turns than most television series, plus offering a refreshing way forward for old-school British gangsters movies, is out in cinemas Friday, November 2nd

The aptly-named Marcus King (Mark Wingett) has left old-school crime behind, swapping the guns behind for computers (although he still keeps a few guns around). Back in the day when you wanted to rob someone, you had to use force or charm; now they can be hacked into with just a few clicks. Living in the leafy suburbs just outside of Oxford, King is comfortable at the top of the criminal food chain. But then a new competitor muscles in on his turf: Islamic terror.

It’s a strange meeting of minds for sure, but King of Crime makes it seem believable. After all, both sides require significant capital to get started. Played with delightful camp by Vas Blackwood, nemesis Mr. Mustaffa seems like he is cut from the same cloth. A smart man, he realises that the best way to fund his campaign of terror is simply to take King’s infrastructure off him. The resultant drama blends old-school thrills with high-tech skills, showing that while some of the players might be the same, the nature of the game has completely changed. 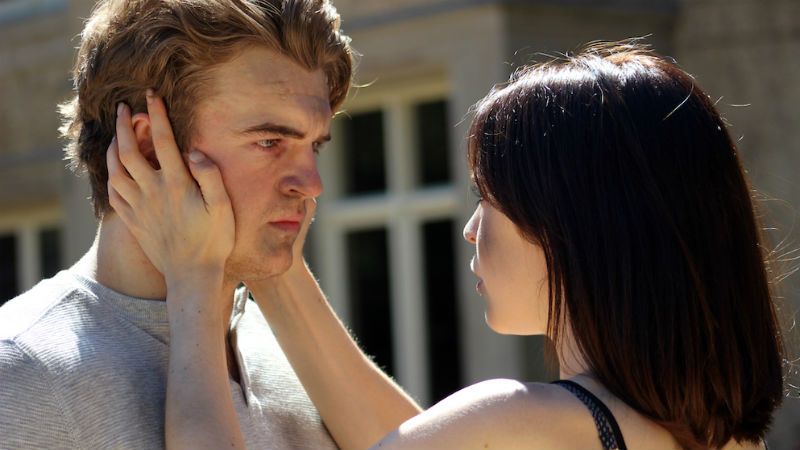 The King family are nasty people. When a nice young girl who might be Marcus’ daughter comes around, his wife Yvonne (Claire King) stabs him with a kitchen knife. No one seems that bothered, suggesting that this kind of thing is a common occurrence. Our moral compass is found in Jessica Slade (Rachel Bright), girlfriend of Marcus’ son Andrew (Jonno Davies) and new employee of the King household. Despite being attracted to the allure of being a criminal’s moll, it is evident from the beginning not everything sits well with her. Testament has to go to Bright for being able to portray that conflict with her eyes alone.

Her first task is to dupe poor nerd Anthony Tully (Hainsley Lloyd Bennett) into hacking for the criminal enterprise. The way she goes about it is one of the best scenes in the film, a long-con so ethically dubious it leaves you wondering whether what occurred was actually simulated. Tully’s affection for her is genuine, working against the clock to do what he thinks is the right thing, giving the film its heart. Meanwhile, Marcus, noticing the walls creeping in, starts planning for an early retirement, ready to betray everyone in order to look after number one. 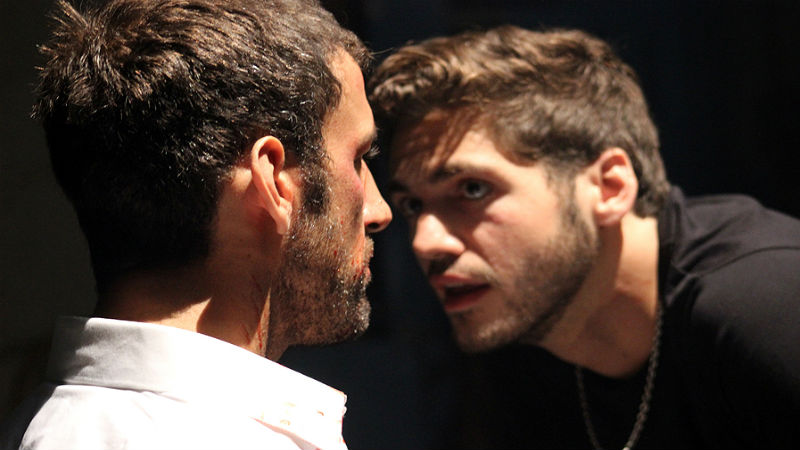 King of Crime has more twists and turns packed into its 100 minutes than most series of television – adding elements of the spy thriller to give it an extra edge. Perhaps it is worth watching more than once to see if you can spot its final reveal early. It really comes out of absolute nowhere, but makes sense the more you think about it.

The problems with King of Crime lays more in the execution than in the intent, taking something which should be very simple and making it unnecessarily complicated. There are a lot of layers to the story which could’ve been taken away and it wouldn’t have affected its core gangster theme. There’s a lot of brutal murders, sudden reveals and shocking twists that would’ve been more effective if they had been built up with a little more suspense. Nonetheless, considering the obvious low-budget, King of Crime is a delicious nasty little crime story that does a lot with just a handful of locations, hinting at a way forward for old-school British gangsters in a world where most crime takes place online. If anything, it’ll make you rethink your Facebook privacy settings.

King of Crime is out in cinemas across the UK on Friday, November 2nd.