"Filthy genius movie"
Loving the alien. Again. Japanese director reshapes his earlier Before We Vanish into an effective drama which plays out as an edge of the seat, sci-fi alien invasion thriller - from the London East Asia Film Festival (LEAFF), on now

This is not exactly a remake, not exactly a reboot, not exactly a sequel. Most definitely a companion piece, though, and arguably the more effective of the two movies. And apparently, an edit of the director’s five-part series for Japanese satellite station Wowow, although it feels like a (well over two hours long) standalone feature. Kiyoshi Kurosawa revisits Before We Vanish / Sanpo Suru Shinryakusha (2017) for another story about the aliens clad in human bodies who steal concepts from people’s minds by touching a finger to a forehead E.T. (Steven Spielberg, 1982) style prior to a full scale invasion of Earth.

Where previously the director took the material and threw a cornucopia of different elements at it, this time round his efforts feel much more thought through and the resultant film far more consistent overall – a creepy and unsettling sci-fi paranoia thriller grounded in compelling, character-driven human drama.

Kurosawa builds his reinvented narrative round shop floor worker Etsuko (Kaho) whose friend Miyuki is going mad because of the strange presence in her home. Is it a ghost? No, it’s her father but she no longer has any concept of father. Or mother. Or brother and sister. Or family. An alien has removed this concept from her brain. 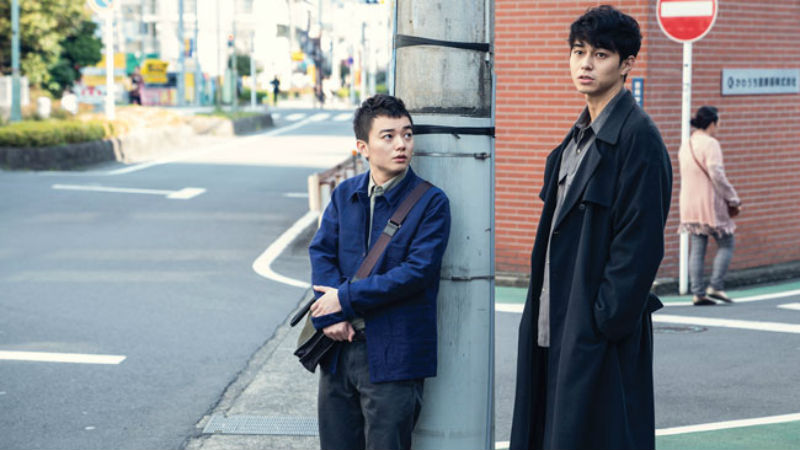 Her hospital employee husband Tatsuo (Shota Sometani) is behaving oddly too – experiencing pain in his wrist. He has been turned into a guide – a human who tells his alien controller from which humans to steal concepts. His controller is the newly arrived Dr. Matsuka (Masahiro Higashide) about whom Etsuko immediately senses something odd when she meets him.

Tatsuo’s wrist pain comes from the process of turning him into a guide which involved Matsuka’s grasping him by the wrist. The pair have been going around stealing concepts from people’s minds with Tatsuo suggesting the people (picking those he doesn’t particularly like) and Matsuka doing the stealing. As it turns out, they weren’t responsible for what happened to Miyuki. That was another alien and guide.

It further transpires that Etsuko is somehow resistant to the alien concept stealing process, which means the government wants to work with her. Kaho is terrific as the woman trying to hold on to a husband being driven off the rails through a mixture of forces both within and beyond his control, conjured by a suitably agonised performance from Sometani. Higashide gives off just the right degree of unsettling otherworldliness to make you believe he’s an alien walking around in a human body. 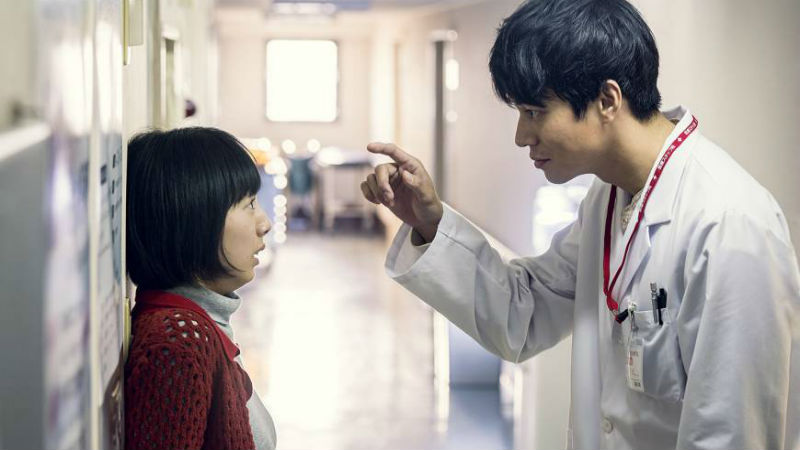 It’s not just the playing of the actors that makes this work, though. Kurosawa invests the whole thing with an incredible sense of dread – what if I round the next hospital corridor and that alien is waiting there for me? – and stretches the tension about as near to breaking point as you can imagine. A late scene in an expansive interior is basically a woman with a gun looking for an adversary who we know to be holding an axe in readiness for attack.

Such a scenario must have been executed in countless thrillers with varying degrees of suspense or lack of it. You don’t always know what you’re going to get with Kurosawa, but when he’s good he’s very good indeed – and this is edge of the seat stuff. Hard to believe that his other version of the same story is so average, unfocused and generally all over the place by comparison.