"Dirty gem"
Love story set in London has all vital ingredients of your average romcom, yet it's highly inventive and its musical structure, and it's also a loving tribute to the British capital itself - on Netflix

London itself is one of the main characters in this simple yet deep love story that bursts with life and celebration of a city community that we can identify with. The audience at the screening I attended in East London whooped and called out with recognition as they saw people on screen who they felt as if they knew, telling a story of two ordinary Londoners falling in love.

Simone (played with punch and passion by Michaela Cole) has chosen to let go of her personal desires and needs, ij order to become the best parent she can to her daughter Mandy. This intention is thrown up in the air after she is persuaded on a night out by best friend Yvonne (Ronke Adekoluejo) and meets, newly released from prison charmer, Raymond (Arinze Kene). We follow their journey of romcom misunderstandings and missteps in parallel with Mandy’s search for a relationship with a father she doesn’t know. This sounds formulaic, but this is not how it plays out. 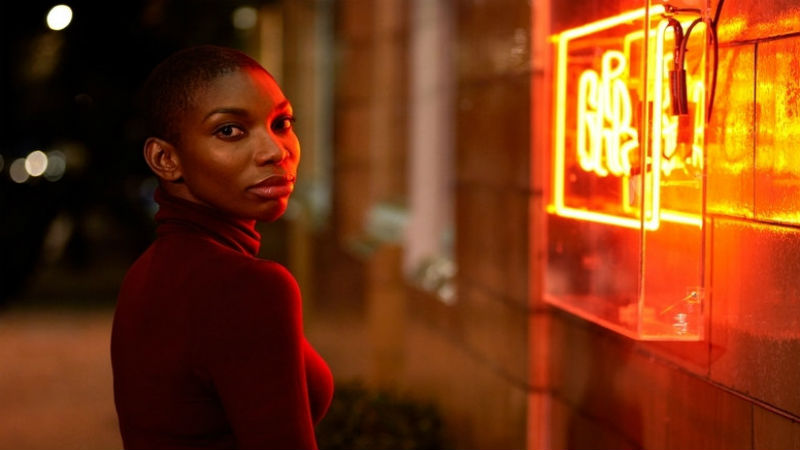 It is a breath of fresh air to see characters who have been in prison (Raymond) and addicted to drugs, Kestrel (Joe Dempsie) given life in a way which allows us to see that misfortune and regret can creep into anyone’s life given the wrong circumstances. Families in different shapes and forms are portrayed honestly, with recognition of their normality and place within a twenty first century city.

Love and life’s happenings occur in all the places everyday Londoners go, the market, the kebab shop, small cafe’s and pool halls. It is a thrill to see Mandy, a young wheelchair user living her life as any child does, challenging her parent with a desire for adventure and boundary pushing. Seeing Artemis (Genevieve Barr) signing her conversation in the party scene as just another element of this rich narrative tapestry that signifies progress in casting (Julie Harkin).

The film is billed as a musical, but this is not like any musical I have ever seen. Songs blend into the dialogue and sit organically within the story telling structure. A deliberate choice to have a rehearsal period prior to shooting benefits the final piece enormously. The actors were able to not only develop character and relationship but also to learn the choreography that would form part of the narrative. The dance and movement elements are used in a naturalistic way at times, and in other moments to dig deep into the inner life of the characters. This is especially true for the character of Gil (George Mackay) who haunts the action with martial arts style movement and a long held grudge against Raymond. 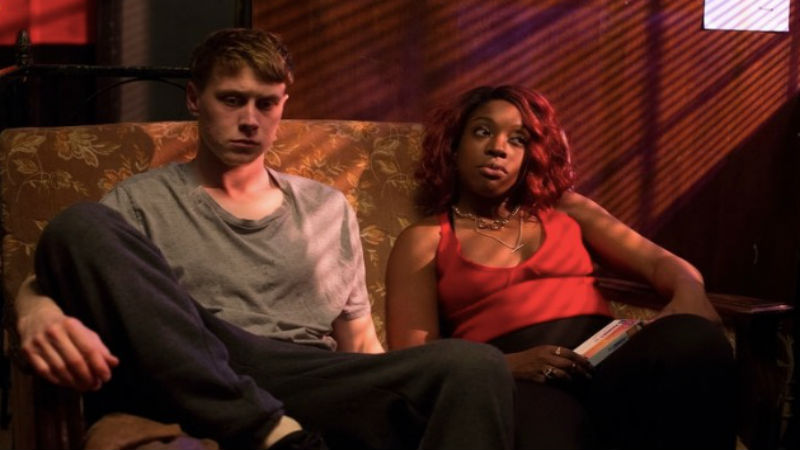 A rich colour palette is used for each main character by DOP Catherine Derry and the costumes (Lisa Duncan) are also a vital element in revealing the individuals choices and motivations. Gentrification is a theme that interweaves the plot as the camera pans over the Camden streets, and in digs that come from the cialogue about places to eat and changing businesses. Bar owner Barney (Luke Norris) is having to close-up, his traditional pub atmosphere is a dwindling commodity in an upwardly mobile landscape.

To elaborate on the plot would deprive the viewer of a chance to take this trip with the characters. A brightly lit fair ground ride that will leave you with a feeling of warmth and optimism.

Been So Long is available on Netflix from October, 2018.

The float monty! British comedy about a group of males who bond through synchronised swimming is as close as you will get to THE FULL MONTY, with your knickers on! Now available on VoD [Read More...]