A Tokyo high school. Haruna Wakakusa (Fumi Nikaido) is seeing Kannonzaki (Shuhei Uesugi) but not sleeping with him. So behind her back Kannonzaki looks around for someone more compliant and finds Rumi Koyama (Shiori Doi) who, with the aid of a line of coke or two, is as enthusiastic about having sex as he is.

Kannonzaki is also a bully who frequently targets the quiet Ichiro Yamada (Ryo Yoshizara) with whom Haruna strikes up a friendship. Despite the fact of his dating Kanna Tajima (Aoi Morikawa), more as a cover than anything else, Ichiro is actually gay. 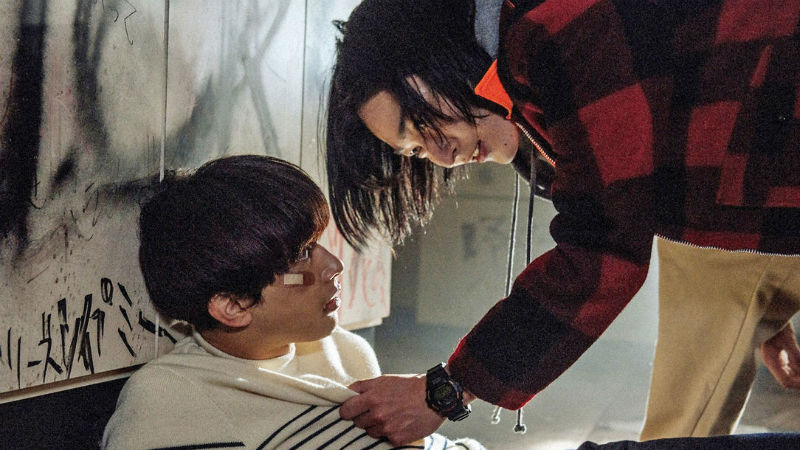 Ichiro is full of surprises. He’s raising a couple of kittens in a cardboard box outside a local building and deigns to show Haruna his “hidden treasure”, a skeletal corpse lying in the reeds near the river that runs through the city. He’s only shared this secret with one other person, Kozue Yoshikawa (Sumire), who takes time off from school as a working child model for photo shoots. She’s also a binge eater who throws up after overeating, thus maintaining her figure.

When a rumour spreads that there may be money buried in the reeds, Ichiro enlists Haruna and Kozue to help him bury the corpse so that none of school’s treasure hunters will discover it.

As much as the movie is shown from any one character’s point of view, it’s Haruna’s. But it’s a film punctuated by character vox pops, as if it were a documentary, wherein a character is responding to questions both trivial and large. The large questions leave most of the characters with nothing to say.

There are also hints of plot to come, as for example with Haruna’s explaining in an early vox pop why she saved her teddy bear from a fire, an event which doesn’t occur until the closing minutes, although then we only see its aftermath and that only briefly. These little interviews to camera appear to have been conducted long after the events depicted have taken place. 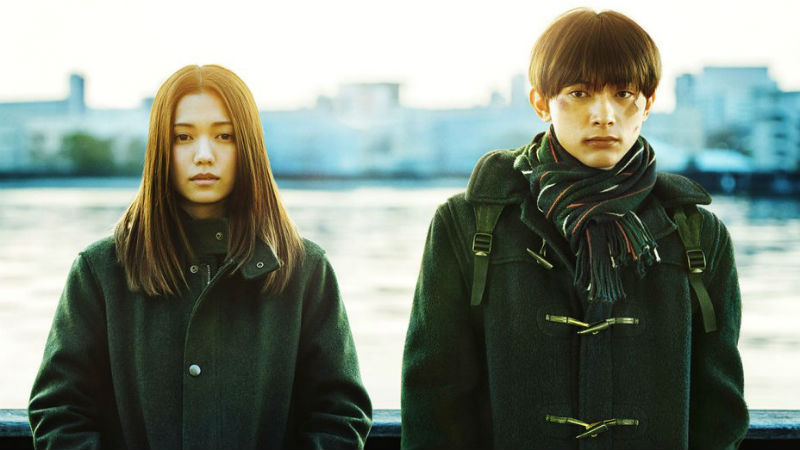 Although it contains graphic scenes of teen sex as well as occasional bursts of violence, this is primarily a drama about teenagers relating to one another in a world where adults, while they impinge on it, are outsiders and never more than minor characters. It’s based on a manga by Kyoko Okazaki.

The characters remain fascinating throughout and if a variety of relationships straight and gay are to be found both within and on the fringes of the proceedings, at its core this concerns a deep friendship between a straight girl and a gay boy. There’s something really refreshing about that.

River’s Edge played in the London East Asia Film Festival (LEAFF) in 2018, when this piece was originally written. Available on Netflix in March. Watch the film trailer (Japanese, no subtitles) below: