"Dirty gem"
Tamil-Canadian film about relationship between older man and younger trans woman uses food as a trope and a token of affection; it will ring bells with those who watched A Fantastic Woman - from the Cambridge Film Festival

You are about to watch a delicately framed tale told through dance, metaphor and the dual languages of Tamil and English. This Canadian film shot in Toronto is part love story, part coming out journey depicting the lives of its two central characters. Both of them are trapped in some way, and they use their relationship as a means to find freedom.

Roobha (Amrit Sandhu) feels trapped in her male body. She tells her Mother: “you never had a son”. She sees visions of the goddess Martha whose legend is narrated at the beginning of the film as we watch this young trans woman apply her make-up ready to dance. Anthony feels trapped by the debts and responsibilities that engulf him as he tries to provide for his family. He is hiding in some way from the oncoming crisis of his credit issues and failing business and ignoring the health warning given by his Doctor. 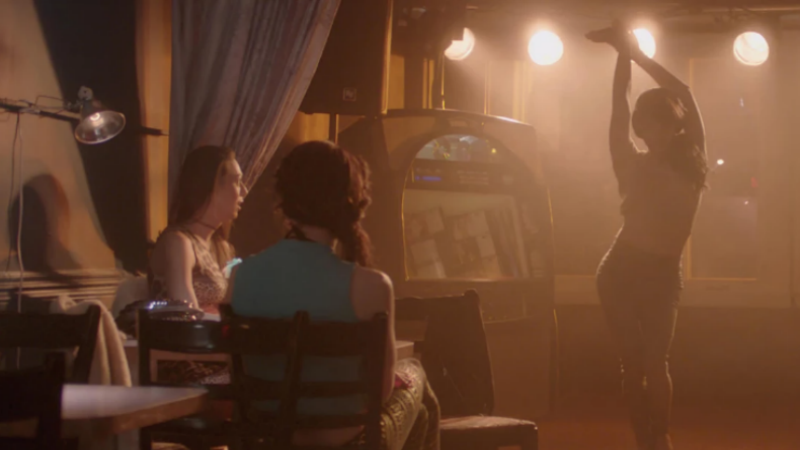 Instead of speaking to his wife about his heart condition, he seeks solace in engaging in a flirtation with his customer Roobha. This leads to an intense relationship. His wife is too preoccupied with daughters and family finances to truly respond to her husband when he initiates a sexual encounter. Despite the the Tamil poetry he used to write her, their relationship has now become one of routine.

Dance and food are used profusely throughout the film in order to convey emotion, longing and a choice to break free. It is no accident that Antony’s daughter’s dancing is technically correct but lacking feeling and the dance Roobha performs for Anthony both in his pub and when they are alone, is abandoned and lost in the sensation of the movement. Anthony is able to escape watching his lover dance as she has been able to escape through classical Indian dance learned in Mumbai. Anthony’s wife and Roobha’s mother both use food as a token of love. This food is also a physical representation of their desire to keep their family together and to retain normality on their terms. When Roobha is befriended by two trans sex workers they introduce her to a cafe owner they call ‘Mum’. Once again, food becomes a token of love and belonging in this ‘chosen family’. 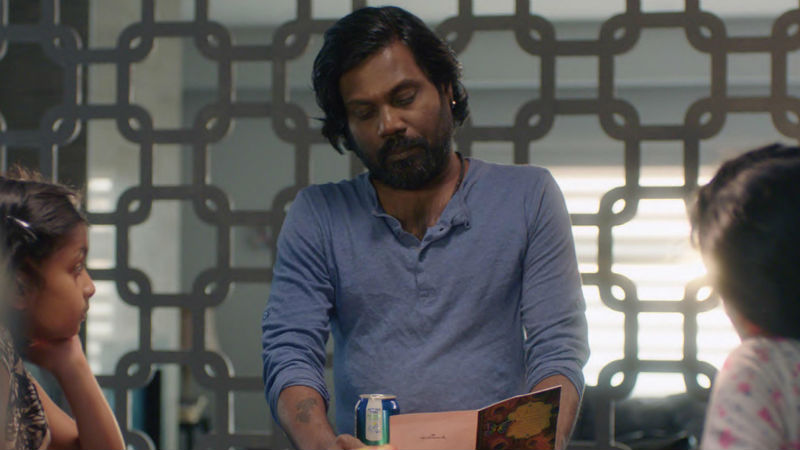 A flashback is used in order to depict Roobha’s estrangement from her family as she insists on planning surgery and living fully as a female. The challenges facing the older generation in this film are intensified by their position as first generation immigrants who have to work multiple jobs in order to make ends meet in their new home nation.

The conflict and tension of the scenes towards the end of the film as well as the nature of the relationship between an older man and a younger trans woman will ring bells with those who’ve seen A Fantastic Woman (Sebastian Lelio, 2017). The topic of choice between family and forbidden love is also present in both movies.

The cinematography (Arsenij Gusev) and colour palette are well chosen. The editing (Thomas Buschbeck) is very clever. The scene in which Roobha is attacked is particularly powerful. This is a beautifully crafted film. The final image of Roobha dancing echoes perfectly the opening shots with poignancy and yet a feeling of hope. A treat that’s both delectable and easy to digest.

Third gender, third category? The Hijra trans women of India struggle for social inclusion, despite being legally recognised since 2014. Colourful and boisterous tale of a transgender female fighting for acceptance is one of the highlights of the London Indian Film festival this week [Read More...]