"Greasy movie"
British comedy about haggling mother and son accidentally shipped to Morocco humanises refugees and also functions as a trope for Brexit; it's a real delight to watch - in cinemas Friday, May 31st

This is a film that wastes no time getting started. Within the space of just 10 minutes, our central characters, mother Olga (Kierston Wareing) and son Ron (Tommy French) have an argument over stolen cheese, go for a shop at a petrol station and accidentally crash into an open shipping container bound for Morocco. Initially thinking they are in the afterlife, they find themselves stranded in a foreign land with no papers, no easy way to get back, and only each other for company.

It’s an action-first, character-second beginning that leaves us breathlessly catching up with the endlessly bickering odd-couple as they navigate their way back, humorously tackling everything from the refugee crisis to Britain’s relationship with Europe to the difficulties of truly connecting with your family.

Zipping nicely along from one wacky scenario to another, and coming in at a neat 86 minutes, this is a picaresque comedy that doubles up as a grand tour of Western Europe. While extremely broad in both its characterisation and comic chops, it’s grounded by the strong performances of Wareing and French, who locate the very real emotion of familial conflict to anchor this road movie on. 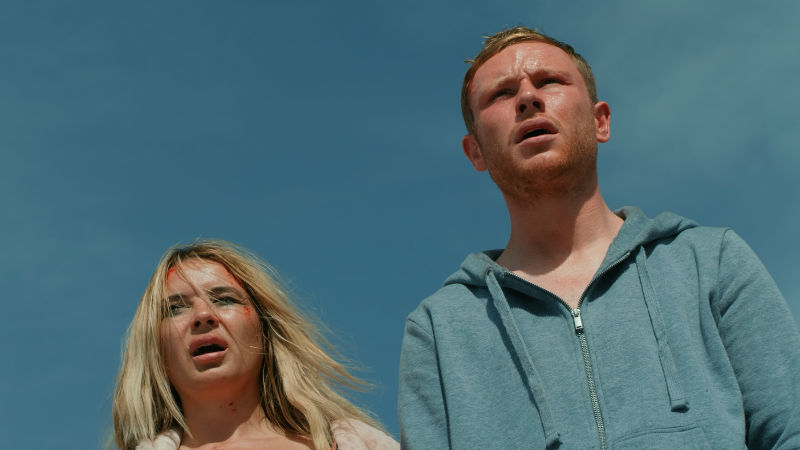 Why don’t they just fly straight back? Well it turns out that Ron isn’t actually a British citizen, and that his dad, long-thought dead, is actually a Frenchman – when Ron asks why they visited their “dad’s grave” every year, Olga replies that it was “good for your mental health”. In typical British fashion, the embassy cannot do much to help, leading the two of them to attempt the long way round. The early scenes, depicting paperless Brits stranded in a strange land, are the best in the movie, flipping refugee clichés on their head.

Not only does Ron end up getting a job as a taxi driver who doesn’t speak the native language, but they even attempt to cross over to Spain in a small and overcrowded dinghy. Done with too much heavy-handedness these types of scenes could be rather crass, but they gather their humour here by focusing entirely on the dim-witted Brits without resorting to North African stereotypes. Humanising the depictions that have been used to reduce them to statistics in the media, the king of thing is to make British people see themselves in the shoes of refugees or economic migrants. 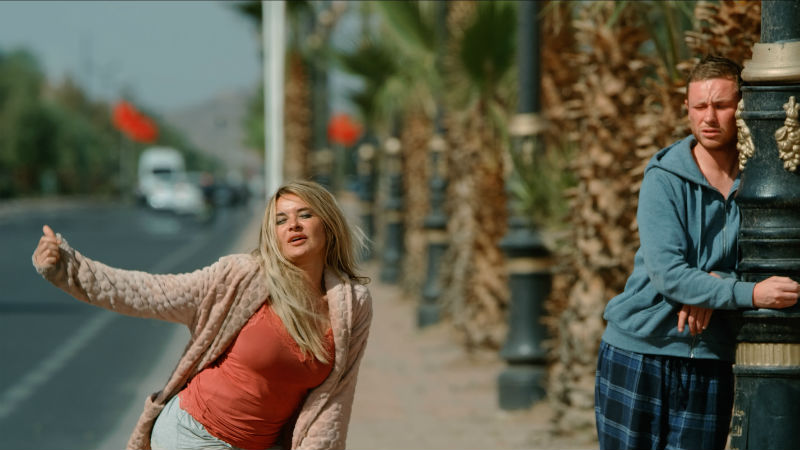 Ammunition is reserved, however, for our European neighbours, Spain and France, who are seen respectively as sneaky drug traffickers and natural born philanderers. The essential misunderstanding between our heroes and their Spanish and French counterparts has overtones of Brexit negotiations, in which none of the countries can seemingly surmise what the other wants. While these later scenes meander at times, and rely on just a little too much flat sexual humour, they do get at the heart of why Britain and the rest of Europe seemingly can never properly get on.

Complemented by handsome photography of the Mediterranean Coastline and the Pyrenees, the rugged beauty of both Spain and France shows us what we are missing, making I Love My Mum’s 30 March 2019 release date (the day after the UK’s scheduled exit from the EU – that is, if it does ever come to fruition) rather apt indeed.

It premiered at the 38th Cambridge Film Festival in 2018, when this piece was originally written. It’s out in cinemas Friday, May 31st.