"Greasy movie"
Polish film depicts disability in a candid and positive light, without shying away from more difficult topics such as sexuality - watch it now with Walk This Way

Getting the disability biopic right can be a difficult task. Lean too hard on the struggle and it can feel exploitative, lead too hard on the sentimentality and it can feel mawkish. Life Feels Good, directed by Maciej Pieprzyca, manages to avoid these pitfalls to discover the deeply human story underneath. Depicting one Polish man’s struggle with cerebral palsy from 1987 to almost the present day, Life Feels Good is a heartwarming and uplifting tale that never softens the edges and is that much stronger for it.

We start with Young Mateusz (Kamil Tkacz) in the 1980s, visiting the doctor with his mother (Dorota Kolak). The prognosis isn’t good. Claiming to give an objective opinion about his condition, the female medic declares that Mateusz will never improve and is better off at a hospital for the mentally ill. Naturally, his mother disagrees and takes him straight home. There he stays with his two siblings and his kind father (Arkadiusz Jakubik), who may drink too much but really cares for his son and often points out to him the names of the constellations in the sky. But when his father dies, and Mateusz (now played by Dawid Ogrodnik) becomes too heavy to be carried by his mother, he has is taken to an institute for the mentally ill. 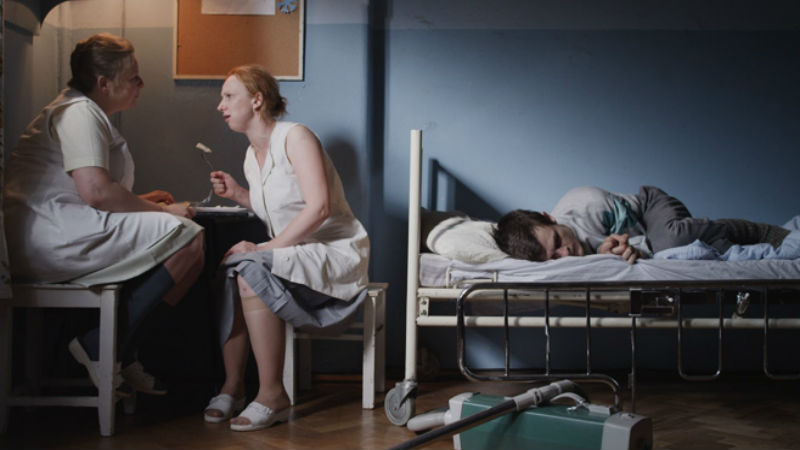 The story is a familiar one that gathers its strength from the power of its performances and the way it is framed. Maciej Pieprzyca often films in single takes, allowing the emotion of each scene to speak for itself. By not shying away from the horrific reality of not being able to walk or talk, we are invited to empathise with Mateus’s struggle. The resulting message is a simple yet profound one: don’t judge someone merely on their outward appearance.

Mateusz, who also narrates the story, is a very smart and capable lad, only he doesn’t have the right means to communicate. He is like Christy Brown, dramatised in My Left Foot (Jim Sheridan, 1989). Also, just like Daniel Day-Lewis’ character, Mateusz, as a great fascination with sex. Yes, disabled people have a libido, too. In a manner that would perhaps be crass in a conventional biopic, we are shown his obsession with women’s breasts, the camera often highlighting them from his eye-level. But women are more than just something to be ogled at here, his relationships, first in childhood and then again at the institute, giving him a brief respite from the banality of his regular life. These scenes are the best in the film, giving us levity, heart and heartbreak, often within the same short space of time. 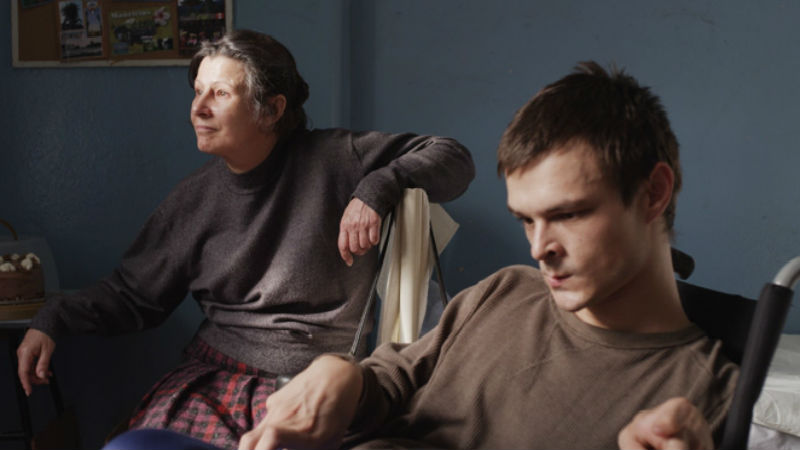 Spanning a time when the nation went from communism to capitalism, a one-party state to fair elections, Mateusz’s struggle to communicate mirrors the nation’s own progress. This isn’t stressed in any real allegorical way (in fact, when Mateusz’s father wants to go out to celebrate, his mother tells him that he has to fix the lock) but does helps to give the film a certain historical flavour – also helped by the subtle changes in period design.

This kind of films either succeed or fall apart as a result of their central performance. Dawid Ogrodnik does a great job here of balancing solid character work with nailing the tics and behaviours of someone with cerebral palsy. Crucially he doesn’t go over-the-top with any of the mannerisms, but conveys large amounts of emotion with his eyes alone. Mateusz is a strong, intriguing character not because of his disability but despite it. By focusing on character first, and circumstance second, Ogrodnik and Pieprzyca have crafted a deeply-empathetic tale that shows the importance of always looking beyond the obvious to find what’s actually there underneath.

In the name of the fatherland? In the late years of the Iron Curtain, a woman has to give up her personal life and even her own body in favour of athletics and the Communist regime - watch it right here and right now! [Read More...]

Doc about filmmaker Simon Fitzmaurice, who himself directed a movie while suffering from Motor Neuron Disease, will open your heart and fill the darkness with light! Just don't forget the tissues - now on VoD [Read More...]