The battle of the rappers is in full progress. In turn, they hurl outrageous insults at one another in rhyming couplets in an attempt to win the night’s competition. Cyril (Aaron Hilmer) puts his stuff in a locker and does a quick change. When the masked stranger takes the stage for the finale, everyone is astonished that he beats the reigning champion. But threatened with the removal of the mask, he vanishes into the night rather than receive his winner’s trophy.

Because Cyril is embarrassed by his appearance. Cyril, his mum, his dad and his little sister all have long noses. At school he’s the object of ridicule, not least by cock of the walk and class bully Benno (Jonas Ems). Cyril is a voracious reader too, but in a world of teenagers who want nothing more than to party, that also marks him out as different. 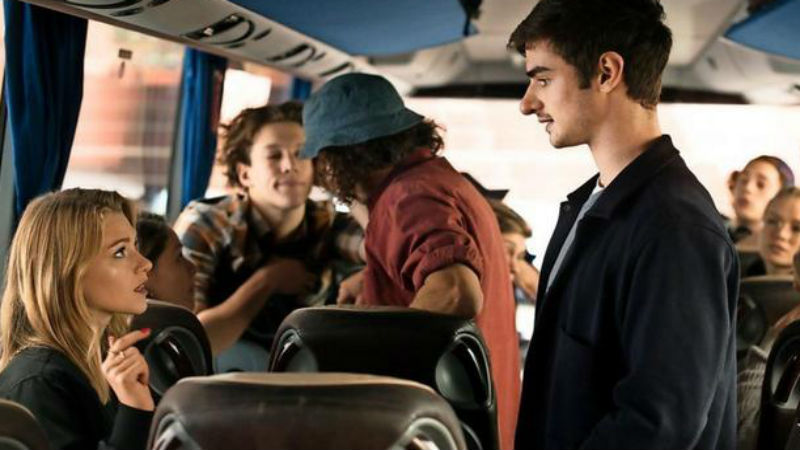 Yet when new girl Roxy (Luna Wedler) arrives in class, he can talk to her. She appreciates the same things he does. Somehow, he starts talking with the withdrawn Rick (Damian Hardung), who carries an acoustic guitar everywhere and is smitten with Roxy. So much so that he is attempting to write a love song. But Rick can’t get past his initial, hackneyed first line of a lyric and doesn’t even realise how inept it is. And once Roxy starts texting Rick with with lines, he doesn’t know what to reply.

So Cyril offers to help, going to great lengths to write speeches for Rick or respond to Roxy directly via mobile. Above all, he wants to help out his mate but Rick, although a nice enough guy, is also a pretty hopeless case. Useless with words. On the school trip to Berlin, Roxy tags along with Cyril to a rap contest and is wowed by the victorious masked rapper, convinced by the cut and thrust of his repartee that he must be Rick.

Further intrigue stems from Roxy’s expulsion from her last school for having sex in a cupboard with one of the boys. The label ‘slut’ has stuck, yet it doesn’t seem to ring true. However, that doesn’t stop Benno from entering a bet that he can seduce Roxy and post a video online as proof. The final reel’s high points include Roxy and Cyril rap duelling in a contest finale with a surprising yet highly satisfying twist, and a scene in which Cyril makes verbal mincemeat of the ultimately vacuous Benno by insulting Cyril’s own nose far more effectively than Benno ever could. Benno is utterly destroyed. 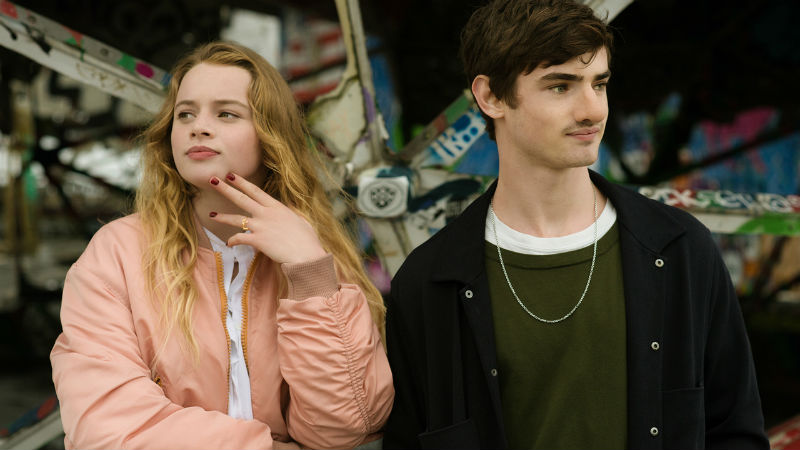 This is an adaptation of French classic play Cyrano de Bergerac which also spawned numerous other films, most recently Old Boys (Toby MacDonald, 2018) not to mention Cyrano de Bergerac (Jean-Paul Rappeneau, 1990) and the Steve Martin comedy vehicle Roxanne (Fred Schepisi, 1987). The current entry, a German high school movie with some of the funniest and most vitriolic dialogue ever committed to celluloid, is better than any of them.

It’s hard to see the subtitled version playing the UK on anything other than the art house circuit. While there’s little sex and violence onscreen (the sex in Roxy’s back story is verbal reportage), there is a German frankness to the whole that would sit uneasily with a mainstream UK or US culture. For instance, Cyril’s mum hilariously gives him a pep talk about contraception before he sets out on the Berlin school trip, cheerfully admitting she lost her own virginity on a high school trip before demonstrating the condom by first putting it over a banana then fellating it.

The film is, however, a shoe in for both a British and a US remake in the fullness of time. Although it’s hard to imagine either measuring up to the high standard set by this original.

The Most Beautiful Girl In The World played in the Schlingel International Film Festival. Watch the film trailer below:

The London-born incendiary singer of Sri Lankan origin has always been caught between two worlds, and she is now the subject of what's possibly the best documentary of the year - out on VoD on Monday, December 10th. [Read More...]