"Dirty gem"
From the horse's mouth! Sweet preschool fantasy deals with a young girl's fear of going to school and the imaginary friend she conjures up in order to avoid it – from the Schlingel International Film Festival

Seven-year-old Mai (Jenni Lausi) frequently wears a mouth mask resembling that of a pony and doesn’t like her given name, preferring to be called Pony. On the verge of going to school for the first time, she is taken by her mother on an expedition to buy things she’ll need. Seeing a colourful dancer and a high pressure salesman at a market, she conjures an imaginary friend Birdboy (Aapo Puusti).

She is however anxious about attending school, not least because the headmaster is one of the neighbours in her block of flats, Teppo (Seppo Halttunen), who seems something of a killjoy. Horse masks, for instance, aren’t allowed at the school. 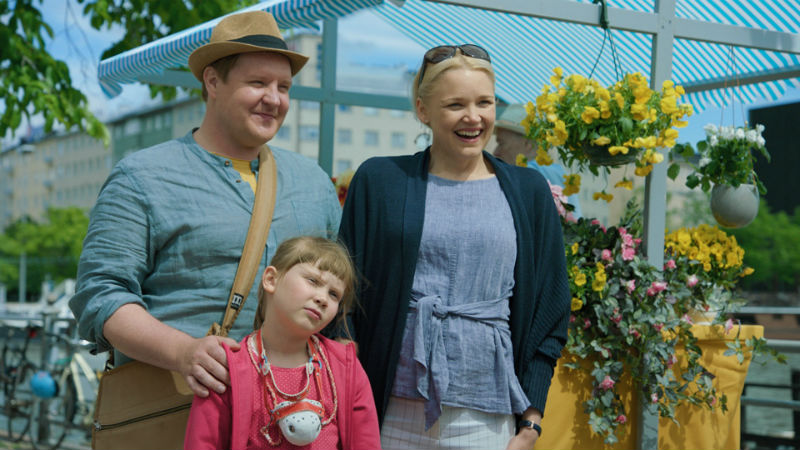 Birdboy moves into the estate’s dumpster into which people are always throwing items they no longer want even though they’re in perfectly good condition. Pony often finds items to play with in there; indeed, there are enough discarded furnishings and household items for Birdboy to be able to build a home.

Whatever Pony and Birdboy put into the dumpster, Teppo surreptitiously retrieves when they’re not around. On the one hand he’s always telling Pony off for playing there, on the other he appears to have a hidden agenda all of his own.

Despite clearly being aimed at preschool kids, this constantly inventive Finnish movie is wonderfully and joyously subversive, with an eye-popping colour palette to boot. It’s an exemplary essay in the conflict between the right side of the brain – all the wacky creative stuff – and the left side – the logical, controlling one that imposes an order and structure on things.

Pony has an irrepressible sense of play but desperately needs to impose some sort of order upon it. The anarchic Birdboy stands in the way of this. In Aapo Puusti’s extraordinary and memorable performance, he actually moves his mouth, face and body just like a bird, centering a seemingly preposterous character who we completely buy. 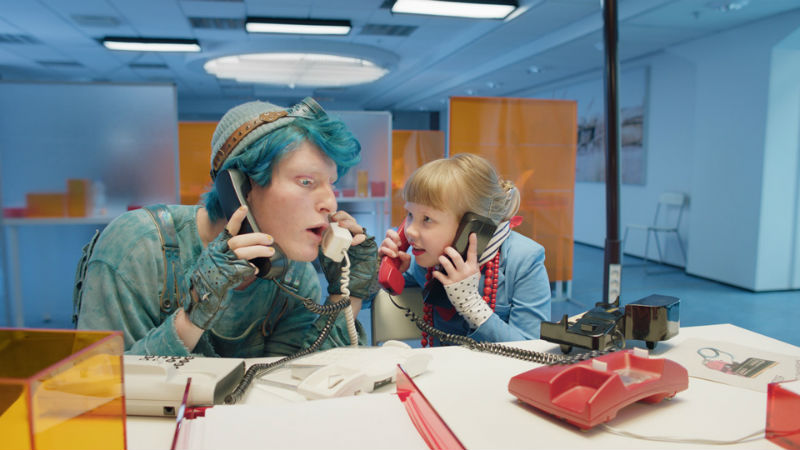 Her highly supportive parents want Pony to grow and develop, but absolutely stick by her at the same time. And in something of a coup, Teppo turns out to be cultivating a strange hobby in his garage which, when Pony eventually persuades him to embrace it, transforms his controlling left side nature into something altogether more right sided and creative, turning him into a happier individual altogether.

This being a Finnish language film aimed at a very young audience, it would need to be dubbed to play to children who speak different languages which would probably destroy its character, so it’s unlikely to be seen abroad except in countries where foreign language dubbing is common practice such as Germany. That’ll probably stop it reaching the UK, which is a pity because it’s one of the most creative and subversive movies aimed at a preschool audience that I’ve ever seen.

Pony And Birdboy played in the Schlingel International Film Festival. Watch the film trailer below:

Japanese artist who arrived in New York in the 1950s challenged the male orthodoxy of the art world; her highly stylised, Pop-Art like patterns are perfect for the Instagram age - in cinemas Friday, October 5th [Read More...]