"Dirty gem"
Privacy in the age of internet exposure. An act of animal cruelty on a video goes viral with terrible, unforeseen consequences – from the Schlingel International Film Festival

One sunny afternoon, in a forest, Lizzy (Senna Fokke) picks up several puppies one by one and throws each into a nearby river. Her brother Remco (Nino den Brave) films the act on his mobile and, in an attempt to impress his peers, posts the video online. It goes viral.

Although the scene and the video we see here were recreated for the film, with special effects and editing making it appear that this actually took place when it didn’t, this Dutch film is based on a genuine video which went viral, with Hollywood director Michael Bay, no less, briefly offering a $50 000 reward for finding the girl. Director Brand has constructed a narrative around the recreated video, which he uses as his starting point. He elicits extraordinary performances from his cast of (mostly) young actors. 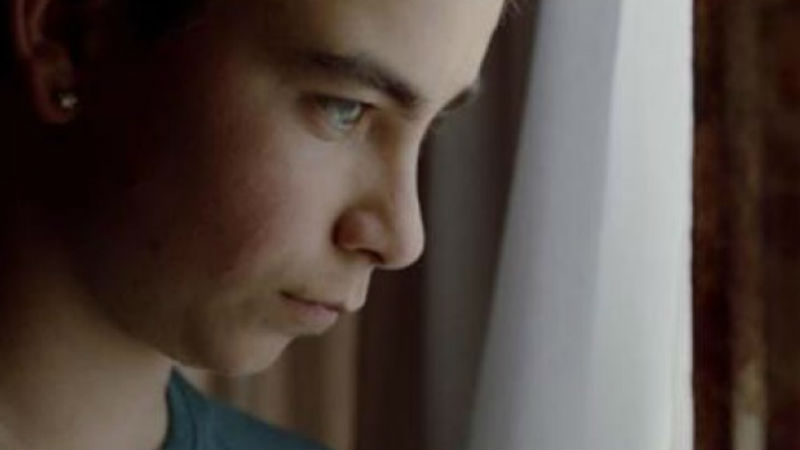 The children’s father Wim (Wim Opbrouck) runs an illegal business chipping puppies for sale on the internet. Since some of these arrive from his suppliers ill or injured and therefore not fit for sale, they need to be disposed of. He charges his children with this particularly unpleasant piece of dirty work. Hence the puppy throwing activity at the river.

Whilst the action of Lizzy at the river may in itself be morally indefensible, there are reasons of circumstance as to why she finds herself in the place she does which go some way towards explaining her actions. Remco’s motives for filming her are more questionable.

Neither child has fully thought through the potential consequences of their actions. Indeed so naive of the pervasive reach of exposing oneself on social media is Lizzy that she happily enters herself into an online singing talent contest without a second thought. 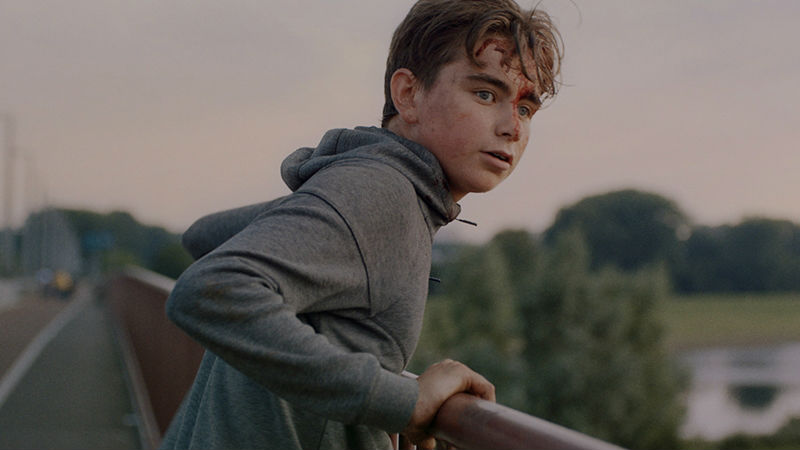 If the film meanders somewhat in the middle, it undeniably gets back on track for its devastating finale. Lizzy finds herself in the woods near a huge traffic bridge over a large river where she is surrounded by a gang of people united by one aim: to track her down and mete out punishment for her crime. We know nothing else about these people, whose only authority is entirely self-appointed.

When he discovers what’s going on, Remco comes to Lizzy’s aid but there is only one of her and one of him against maybe more than a dozen attackers, so he can’t do much to stop them. The piece proceeds to its horrifying conclusion, leaving in its wake a number of far-reaching questions about right and wrong, personal privacy, judgement, authority, punishment and more. The film itself and the questions it raises stay with you long after viewing.

Find This Dumb Little Bitch And Throw Her Into A River played in the Schlingel International Film Festival. Watch the film trailer below:

The emblematic Austrian director attends the latest Picturing Austrian Cinema Symposium organised by Dr Frederick Baker (University of Cambridge) and Dr Annie Ring (University College London), where he reveals the dirty secrets of his latest film, explains that he favours "no method" and why his camera always pans in the wrong direction! [Read More...]