"Greasy movie"
Japanese artist who arrived in New York in the 1950s challenged the male orthodoxy of the art world; her highly stylised, Pop-Art like patterns are perfect for the Instagram age - in cinemas Friday, October 5th

Society rarely deems women worthy of the title ‘genius’. As those who control the ways of showcasing art, whether it’s a film festival or an exhibition hall, are so often men, the work of women can often be dismissed as insignificant compared to those of male artists. This was certainly the case for Yayoi Kusama. The Japanese artist arrived in 1950s New York only to be ignored in favour of ‘serious’ and ‘important’ artists such as Jackson Pollock and Willem de Koonig. Yet she persisted, the tide turned, and now Kusama is the most popular living artist in the world. 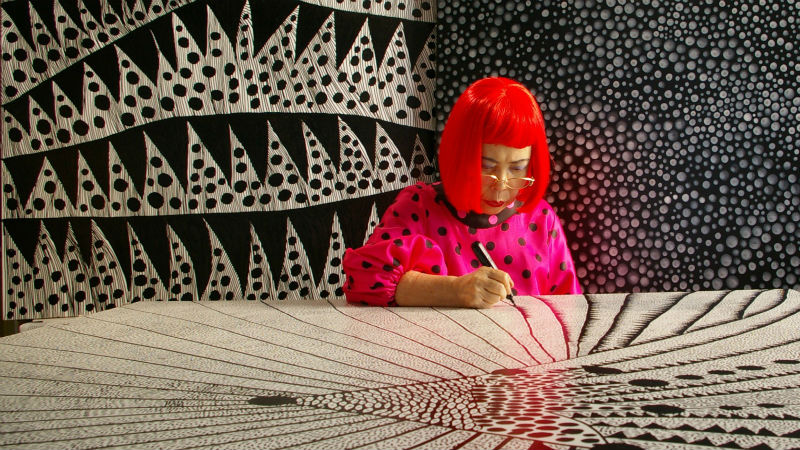 Now a new documentary details her struggle, taking in everything from her difficult upbringing in conservative Japan to her move to the USA to finally representing her home country in the Venice Biennale. Using a mixture of archival footage and talking heads, Kusama: Infinity works both as an introduction to her life and work, and as a deeper exploration of how the conventional definition of ‘greatness’ is rooted in bias.

Kusama was born in Matsumoto in 1929 in a highly conservative and patriarchal society. Her mother routinely took away and burnt Kusama’s artwork, claiming that she would do much better to find a husband. Plus, she physically abused her daughter. In the start of many rebellions against conventional society, she learned to work in a complete fury — rarely thinking ahead before plunging head-first into her work. The concept behind the dots and the flowers came from hallucinations, allowing her experiences to bleed directly onto the canvas.

Unable to find success in Japan, she wrote to Georgia O’Keeffe, who told her to move to the United States. There we are given a stealth history in how art was used to protest against the Vietnam war, and how happenings and public nudity were used to shock a still narrow-minded American consciousness. 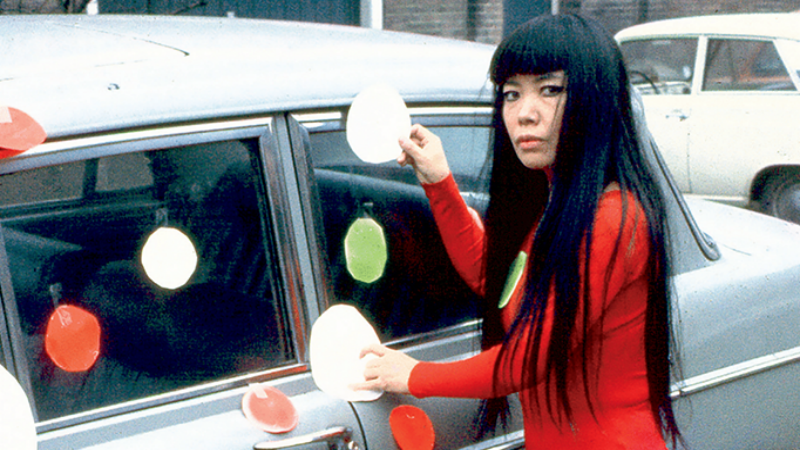 Yet once she moved back to Japan in the early 1970s, in a turn of history that would never occur to a man of the same stature — say a Mark Rothko or Barnett Newman — she was mostly forgotten about until her revival in the late 1980s. The documentary takes great care to talk to the curators and critics (many of whom are women) who saw the importance of her work and championed it, showing that diversity in cultural gatekeepers is the first step to a healthy art culture. Without them, it could’ve been a completely different story.

Crucially the documentary allows us just to see the work for itself. It is dazzling. Whether its her vast paintings of polka dots — which she described as “infinity nets” — or her permanent installations that seem to stretch on forever, her contributions to abstract art have been immense. Now her friendly, highly stylised, Pop-Art like patterns are perfect for the Instagram age, in which one’s feed is not just about just one picture, but how it looks presented in a broader context, alongside other pictures. We can now see infinity in the internet scroll, but Kusama was already there fifty years earlier. Now that is the work of a true genius.