"Dirty gem"
Six Aboriginal drag queens compete for the title of Miss First Nation pageant in Australia. What does it take to be crowned the winner? Doc opens the Native Spirit Festival, taking place from October 11th-21st

Crystal Love takes to the stage, gargantuan in gown and appearance. Describing herself as a whale, Love refers to the audience as a bunch of “cunts”. It’s a hysterical moment in a series of moments which details the empowerment a Drag Queen Pageant can bring to a person. Love admits later of being reinvigorated, while Isla refers to the transformation as one which changes their attitude from being masculine to more girly more easily. Behind the costumes, flowing hair and choreography is the story of empowerment, invigoration and humanity, all told with the cheekiest of tongues. 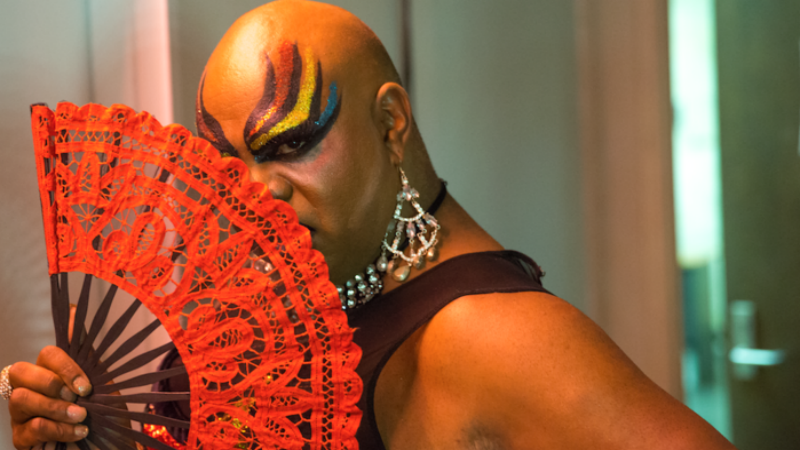 Preparing for the stage, one contestant reflects on who they have to slip something into their drink. Elsewhere, Isla goes into detail on the 4.5 hours spent in the changing room. But behind it all, the film is mindful of the developments Australia has made in order that everyone can enjoy such frisson. A Pride Parade has the prodigious personalities and colours, but viewers are mindful that Australia only legalised same-sex marriage in August 2017.

When gender identities are asked, Isla admits that he’s very happy being a straight guy, delighted with the escapism of a guise as beautiful woman, but Love (a transgender woman) has had a different experience, grateful for the support of Love’s family. It’s also an insightful photograph into the world Aboriginal and Torres Strait Islander community, where gay, transgender, sistergirls and gender diverse members have not always found it so easy to feel loud and proud in their orientation within indigenous communities. 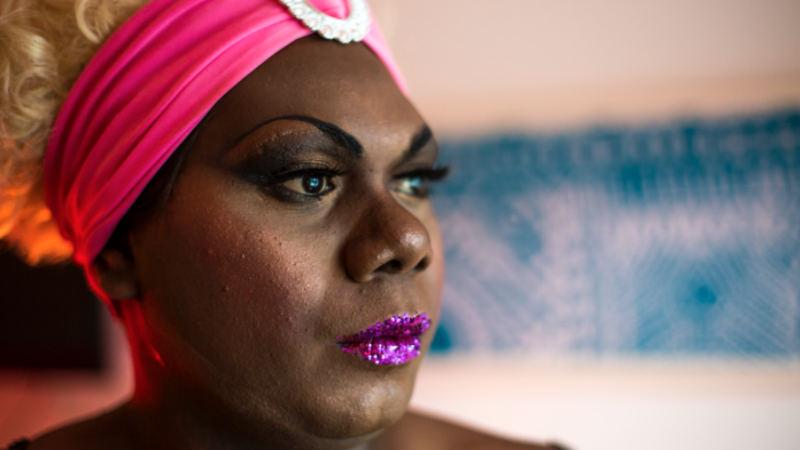 An hour long in length, Divaz flows at a choppy and pacey rate, there’s little room for convolution. That said, a segue where Crystal Love flows down a market place of smiling passers-by feels a little prolongues, drowned by intrusive electronic music. Similarly, the naturalistic indoor settings are more successful and contained than many of the outdoor sequences.

But its not the pageant that makes the film. It’s the people who are going to the pageant, either the contestants ( Nova Gina, Isla Fuk Yah, Crystal Love, Josie Baker, Jojo and Shaniqua) or the hosts ( Miss Ellaneous and Marzi Panne), bonding in their shared challenges and desires. The swearing, the laughs shared between the self-described “crazy bitches” and the glamorous unfolding drama make Black Divaz a powerful and moving doc.

Black Divaz is the opening film at the Native Spirit Festival, taking place from October 11th to the 21st.