"Dirty gem"
Marie Colvin dedicated her life to extreme journalism for selfless reasons instead of career ambitions; now the "Wonder Woman" becomes the subject of a documentary that raises key questions about the role of the media in conflict zones - in cinemas Friday, September 7th.

Being a journalist can be a thankless task. You spend hours and hours on a subject, making sure every single detail is right, only to paid far less than nearly any other profession (if you have a full-time contract at all). Consider a poor thought for war reporters then, who do all this hard work with the added anxiety of imminent death hanging over their head.

Under The Wire celebrates the bravery of photographer and writer duo, Paul Conroy and Marie Colvin, who infiltrated the Syrian city of Homs at the height of its shelling by Assad’s forces. Told through a mixture of reconstructed images, talking heads and surviving video footage, the film works both as a condemnation of the barbarity of Assad’s leadership and a demonstration of the power of journalism. Coming at a time when trust of the news media is lower than ever and the Syrian Civil War still tragically rages on, Under The Wire is a truly essential film. 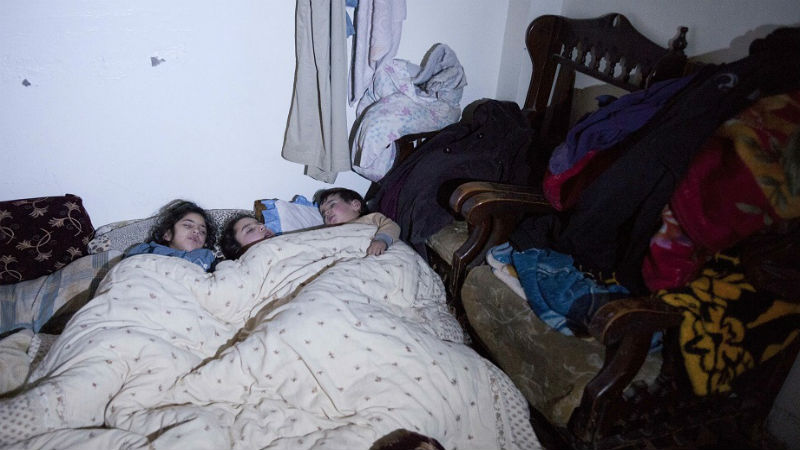 At the centre of the story is legendary war journalist Marie Colvin, who died in Homs and is described in the film in hushed, reverent tones. A Sunday Times Journalist, the word “hero” truly applies to her. Her eyepatch — picked up in Sri Lanka in 2001 — was so iconic that it even inspired the fictional French journalist in Eva Husson’s Cannes bomb Girls of the Sun. But whereas Husson’s creation Mathilde (Emmanuelle Bercot) is seen as a soft and caring mother, the real Marie Colvin had no time for niceties. She is described by one photographer as causing more stress than the war itself, and was told to have dumped another for looking too “metrosexual”.

Yet, her heroic reporting really did change lives — such as in East Timor in 1999 when her steadfast coverage, taking place when all other journalists left, saved the lives of over 1,500 women and children. Likewise her final dispatch from Homs describes the plight of over 300 civilians huddled in a basement in an attempt to avoid Assad’s relentless shelling. 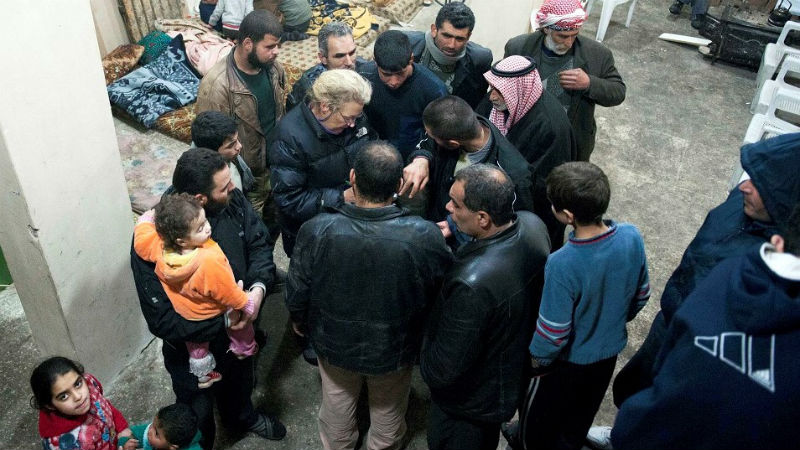 She is a great character, her work truly mesmerising. In our age of superheroes, here is a real life Wonder Woman, someone who gave everything in the service of others, defying even her own editor to stay put and bear witness. Conroy, who survived when Marie didn’t, is a fantastic narrator (it helps when the person telling the story is also a journalist): breathlessly telling of how they snuck into the city, sneaking across borders, dodging sniper fire and even trudged through a seemingly endless tunnel to make sure the besieged people’s stories would make it out.

A faithful retelling of a true story, it seems perfect for a fiction remake. The documentary reconstructions are a little wobbly, and any true suspense feels limited by the talking heads form. Additionally, not enough emphasis is put on why journalists go to such lengths in order to tell their stories. More psychological rigour would’ve deepened the story, making an action adaptation actually seem perfect for this material. Nonetheless, as it stands, Under the Wire is a fitting tribute to those who go to any length to tell the stories of those who otherwise would go unheard.

Under the Wire is out in cinemas across the UK on Friday, September 7th.

A push of a button away from paradise: documentary reveals the intimacy of suicide bombers as they prepare to strike in Syria, and their routine is strangely banal and mundane - right now at DokuFest and also at the iTunes store [Read More...]