The third film this year produced by Timur Bekmambetov after Profile (directed by Bekmambetov himself) and Unfriended: Dark Web (Bruno Vaussenat), Searching follows a widowed father as he investigates his daughter’s disappearance using her recent online activity. The Russian-Kazakh filmmaker has coined the term “screen life” movies to describe the subgenre that he created, which consists of action and horror stories that take place on a desktop.

In his latest film, which was directed by Aneesh Chaganty, it all plays out over smartphones and computer desktops, with instant messages, video clips, FaceTime calls, and Google searches flooding the cinema screen like pop-up advertisements in order to keep the story moving. 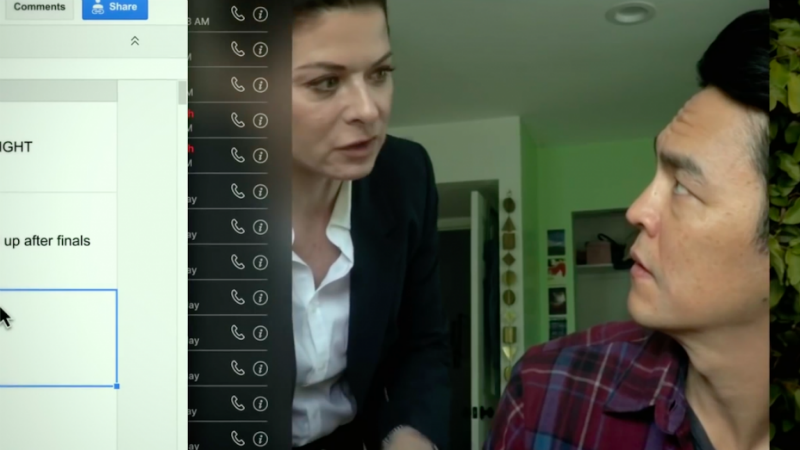 Before she disappears, daughter Margot (Michelle La) and father David (John Cho) suffer the loss of matriarch Pam (Sara Sohn), who passes away after a battle with lymphoma. The first-time director delivers this backstory by way of a very inventive opening montage, with music and editing designed to tug at the heartstrings. In a way, this is similar to how viral videos of animals recovering from abuse are put together for maximum emotional impact. It’s simple, and maybe a little cheap, but very effective nonetheless.

The closeness of Pam and Margot in this opening montage highlights the distance between David and Margot after Pam’s death; once Margot disappears – her late-night calls to her father going unanswered – David is forced to confront the fact that he never really knew his daughter. This dynamic, together with Searching’s novel visual style and a solid lead performance, is enough to overcome the film’s obvious inadequacies.

Treading a well-worn, abduction-thriller path, the film conveniently ignores realism in favour of shock and sentimentality, especially when it comes to its major twist, but it’s admittedly difficult not to want to discover what happened to Margot. The inclusion of Twitter trends #FindMargot and #DadDidIt, along with the hastily-written, inconsiderate tweets that accompany these hashtags, adds social commentary that, while not achieving the same degree of thematic exploration of technology and media hysteria as, say, David Fincher’s Gone Girl (2014), is never overbearing. 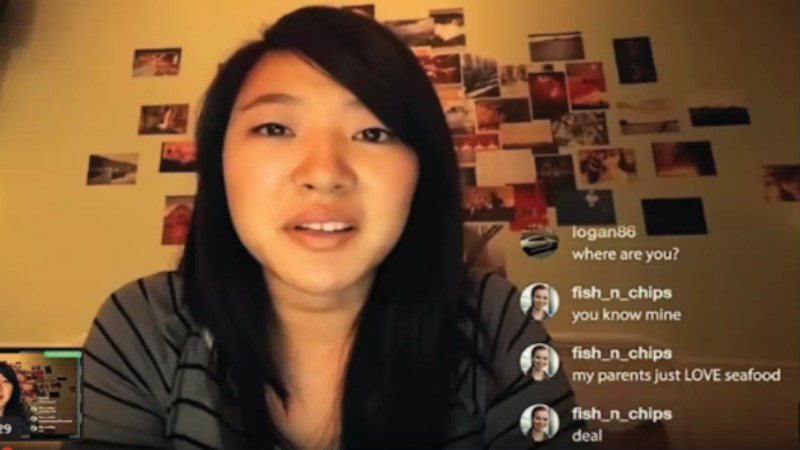 The ending is heavy on exposition, with Debra Messing being made to channel her inner Dana Scully in order to spell out the sequence of events that led to Margot’s disappearance. However, judging by the overwhelmingly positive critical response to the film, the peculiar denouement successfully draws attention away from its lapses in logic. The healthy box office numbers of Searching, and Unfriended before it, suggests the found-footage inspired style of ‘screen life’ isn’t going anywhere for the time being. Whether ‘screen life’ lends itself so well to other genres besides horror and thriller (a rom-com maybe?) remains to be seen.

Searching is out in cinemas across the UK on Friday, August 31st.

Do you sometimes go a little OCD with social media? Ingrid does, too - in cinemas [Read More...]

Edgar Allen Poe, psychological terror, plus a touch of supernatural and comedy. These three, very different horror/suspense shorts Lock In, Bricks and Ghosted, all scripted by Jamie Russell and directed by Neville Pierce, are dirtylicious delights - out on Vimeo from Monday 5th Feb [Read More...]

One thought on “Searching”