"Greasy movie"
Because some things just can't be changed! American indie about gay conversion therapy that stunned Sundance earlier this year is finally out in the UK - available on VoD on Friday, December 28th

Hitting somewhere between the picaresque brilliance of Lady Bird (Greta Gerwig, 2018) and the corny idealism of Love, Simon (Greg Berlanti, 2018), Desiree Akhavan won the Grand Jury prize at Sundance for her second feature, which takes the personally revealing, post-mumble aspects of her first feature film Appropriate Behaviour (2015) and places them within a YA adaptation that retains her touch but is more accessible, simplistic, and perfect for its teenage target audience.

Chloe Grace Moretz plays Cameron Post, who in 1993 is caught with another girl on prom night and shipped off to a gay conversion camp in Montana. There, she finds herself stuck in a ritual of self-blame, repression and increasing hostility as she and the other teenage inmates attempt to quietly subvert the system and survive their miseducation. 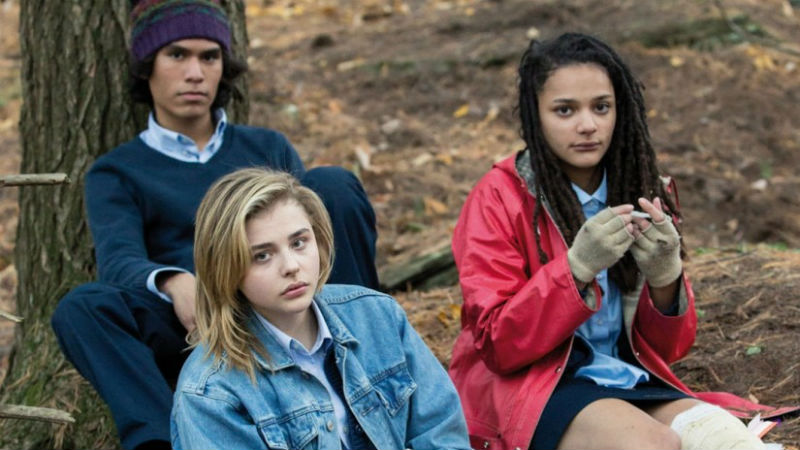 Its most interesting aspect is the tactic used by the councillors, of controlling language used by the camp inmates as a suppression tool. S.S.A. or ‘Same Sex Attraction’ becomes the rather chaste term used by inhabitants about their experience, while a ‘tip of the iceberg’ chart designed to find blame for that S.S.A continually haunts them. John Gallagher Jr. is cast well as the moustached on-site reverend who brags about being saved from a gay bar by pastors from his church who noticed his car outside. His sister Lydia (Jennifer Ehle) is the chief therapist; she’s formidable and terrifying to watch.

The Miseducation of Cameron Post is consistently funny, but much of the humour is derived from the ignorance of the characters to their situation, and to the realities of queer identity. There’s something cheap about this – a smirking audience can laugh at the ridiculousness of the scenario, but this never translates into any stakes about Cameron’s well being. She’s a somewhat inert observer, with whom the audience can all too easily identify as above her awful situation. Sasha Lane and Forrest Goodluck play two of the friends Cameron makes, a one-legged girl from a commune and a Native American Christian. They are both established as fairly interesting Sundance-kooks but never develop far beyond a Janis/Damien from Mean Girls (Mark Waters, 2004) dynamic.

Moretz is an actor who, since her breakout roles as sassy children in Kick-Ass (Matthew Vaughn, 201) and 500 Days of Summer (Mark Webb, 2009) audiences seem to have turned against. She’s precocious; a Taylor Swift groupie, perhaps. Maybe this has led folks to associate her with trash, despite her roles in Olivier Assayas’ Clouds of Sils Maria (2014)and Louis CK’s vile I Love You Daddy (2017) which enabled her to capture the social climate, exploring how she is seen by people around her. And in Kimberley Peirce’s Carrie (2013) she at least used her star power to promote an unsung auteur. Here Moretz brings a puppy-ish energy that carries the film, breaking halfway out of her comfort zone by playing a more vulnerable character than we are used to. A note perfect scene where she calls home to find an utter lack of sympathy for her position is wrenching, an underplayed showcase of what she can do when stripped of her neurotic style. 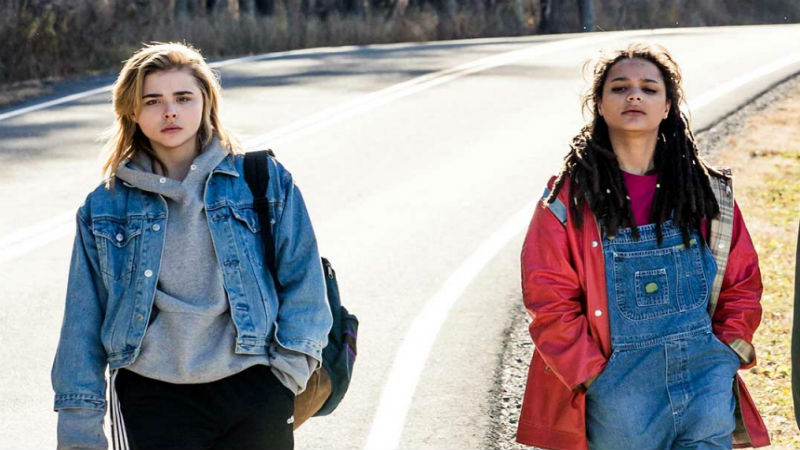 The climactic event of the film – which really happens to a peripheral character – is edited to make a grandstanding speech collide visually with a shocking discovery which takes place hours later. Its an elliptical style Akhavan employs throughout the film for flashbacks, that never enhances these unfinished feeling scenes. It deadens the impact of that shocking moment, makes it seem only as consequential as the games or therapy sessions we see for much of Cameron Post’s run time.

It is this moment which sparks the final choice of the film, a transgression by the leads that inconclusively rounds out Cameron Post’s argument. Are these characters free to roam a new America, or inevitably trapped in a larger version of the camp’s microcosm? The film doesn’t quite know how to balance these ideas within its simplified framework, and so becomes a roaring push against a system without a direction or end goal. Akhavan’s film is fast, funny, and memorable, but not quite the call to arms that it hopes.

The Miseducation of Cameron Post is out in cinemas across the UK on Friday, September 7th. It’s out on VoD on Friday, December 28th. Out on DVD on February 4th,

Disturbing Chilean drama uses a famous real-life homophobic crime as a gauge for the strained relationship between a father and a son - streaming now with DMovies [Read More...]