Leid raises her small children on her own while her husband serves a jail sentence. She can be kind and maternal, but also dire and formidable. At times, mother and children have emotional conversations reminiscing about the imprisoned father, and they struggle to decide who’s the biggest “crybaby”. Other times, Leid “educates” her children with verbal threats of violence: “I’m gonna cut off your willy and spread chilly on the wound”. 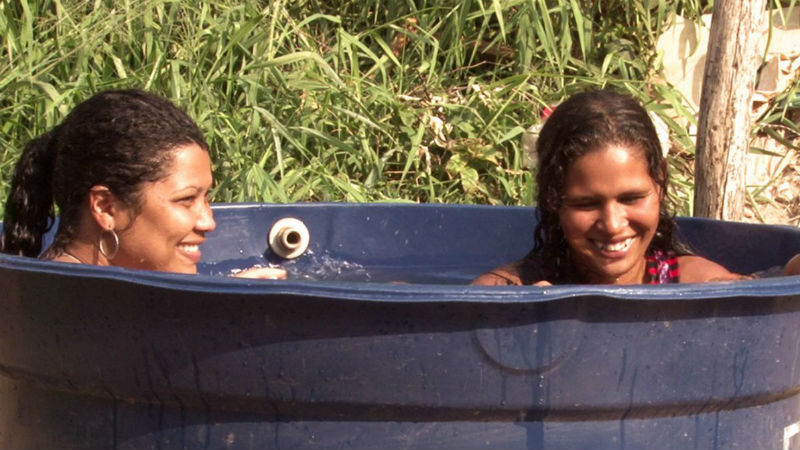 Meanwhile, Andreia dreams of moving to a less dangerous neighbourhood. The violence and 22:00 curfew seem to have taken their toll on the young and beautiful woman. She now longs for peace and quiet. In one of the most poignant moments of the film, she reads a letter from a lover who has already moved to the safer district, with the promise that “their paths will cross again”

The film title has a double connotation. Baronesa is the name the much coveted and far less violent neighbourhood where Andreia longs to live. And it is also Portuguese for “baroness”, and these women are Brazilian royalties in their small suburban dwellings. The film opens with one of females exhibiting her swing and swagger at full throttle to a Brazilian funk song. Brazilians exhibit their majesty through their movements, it’s instantly clear.

This is an insider’s view into a very perilous and inhumane facet of Brazil. Paradoxically, this environment is also teeming with beauty and optimism. This is not poverty porn. This is the fly-on-the-wall type of documentary-making, with a very feminine gaze. The filmmaker Juliana Antunes and her entirely female crew spent five years in the company of these women and their close associates, often sleeping in their impoverished and dangerous dwellings. The walls lack windows, doors and even plastering. Only bricks, cement and an asbestos roof protect these women. A bill of R$3,287 (about £500) for home improvements is just too much for them to foot. Their biggest source of relaxation is a water tank converted into an ofuro tub. 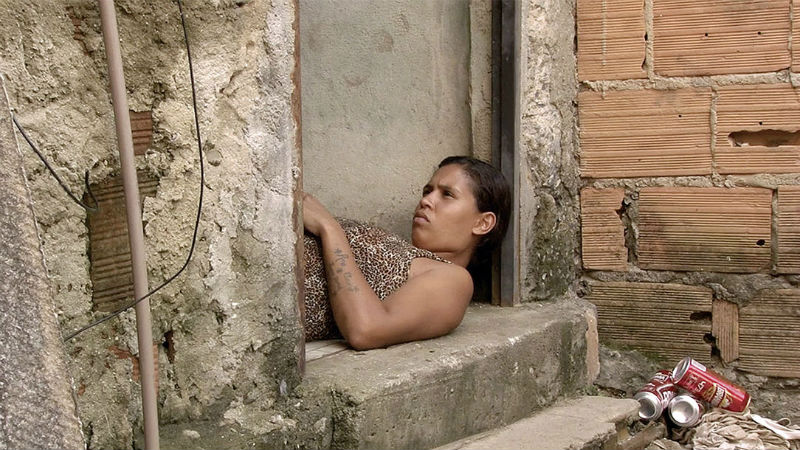 The film is punctuated with some very powerful conversations, and we are left to concoct the graphic details in our imagination. At one point, we learn how to smuggle weed into a prison inside the vagina. In another key moment, we find out that one of our protagonists survived and attempted rape and likely committed manslaughter in self-defence by stabbing the man in the neck. All in all, Baronesa is a rough yet tender ride. “You have to grow hard without ever losing tenderness”, as Che Guevara once famously had.

Baronesa is the opening film at the next Open City Documentary Film Festival taking place in London from September 4th to 9th.

What is it that makes you a woman? What about a human being? Brazilian doc investigates the female body and its physical, social and political connotations - now available for digital streaming [Read More...]

The Madness among Us (A Loucura entre Nós)

Beyond Jekyll and Hyde: highly feminine and tender Brazilian doc busts the myths of insanity, helping to shed the stigma of people living with mental health issues [Read More...]

Profoundly lyrical and feminine anthropological drama set in colonial Brazil opens the wounds of a country still grappling with its race and gender identity - from the Berlinale [Read More...]