"Dirty gem"
Afghani girl cross-dresses in order to earn a living for the family, after her father is arrested by the Taliban - heart-wrenching animation is out on VoD on Monday, September 14th and on DVD/BD the following week

It’s Angelina Jolie’s name that’s splashed and emblazoned across the posters and all marketing collateral of The Breadwinner. The American actor-turned-director-turned-producer often associates herself with conflict-ridden parts of the planet, such as in her directorial debut A Place in Time (2007) and the subsequent In the Land of Blood and Honey (2011). Jolie now signs the production and lends credence to a highly politically-engaged animation set in Afghanistan. While Jolie’s name is a welcome addition, the film would also function perfectly well without the super star trademark.

Directed by Irish filmmaker Nora Twomey, penned by Ukrainian scriptwriter Anita Doron and based on a children’s novel by Canadian author Deborah Ellis, The Breadwinner is a delightful treat. It has a Western feminine sensibility, but plenty of Eastern colours, textures, flavours and sounds. 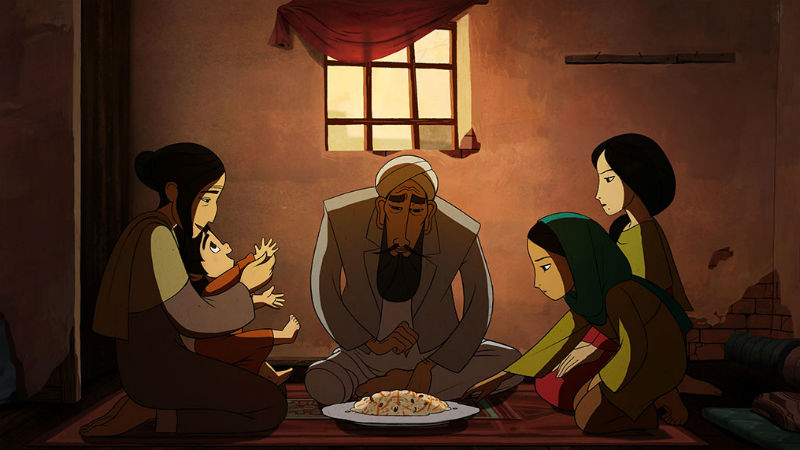 Eleven-year-old Parvana (voiced by Saara Chaudry) helps her father Nurullah (Ali Badshah) on the streets on Kabul to sell basic staples and make ends meet. He lost a leg in the Russian war, and he’s now a quiet advocate for gender equality. He encourages both of his daughters to be strong and fend for themselves. But they live under the purview of the Taliban, and such liberating views are deemed unacceptable. He’s consequently arrested.

Parvana’s family are left entirely destitute and facing possible starvation. So Parvana does the unthinkable. She cuts her hair short and puts on the clothes of her dead brother and becomes a street trader for the family. Cross-dressing is an extremely subversive act in such a conservative environment, and the consequences of being uncovered could include severe physical punishment and even death. Well, at least Parvana isn’t the first person to embrace the opposite gender in a Muslim country for practical reasons, rather than sexual or biological requirements.

The animation is extremely plush and vibrant. Red and brown hues of arid land contrasted against soothing and yet vaguely intimidating night blue. Parvina’s eyes are enormous and expressive (a little bit like the film producer Angelina Jolie!). The variety of colours and textures look like they came from a pop-up book, yet they are never cheap and tasteless. The entire film feels a little oneiric and a little puerile. Like a child’s vivid imagination. The soundtrack includes both Eastern and Western sounds, such as Toronto vocalist Felicity Williams and the Nahid Women Choir of Afghanistan. 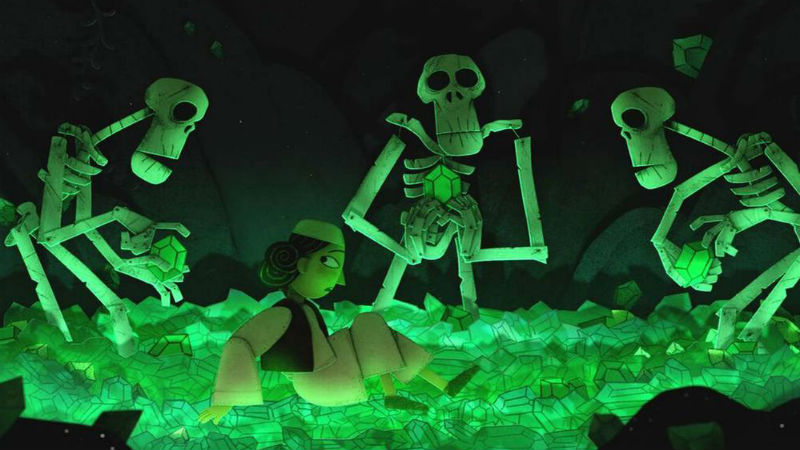 Ultimately, this is a film about being forced to grow up prematurely and also fending for yourself as a female in a ultra-reactionary society. Parvana is warned: “don’t be in such a hurry to grow up. It might not be what you expect”. Yet there is little she can do in order to stop herself from engaging in an adult role in such a young age. This is a deeply riveting and educational film for the whole family. It’s a pity it only received a 12 certificate because of “threats” and “violence” in the film.

The Breadwinner is out on VoD (digital download) on Monday, September 17th, and on DVD/Blu-ray the following Monday.