This is a single-take film, but nothing like Alexander Sokurov’s Russian Ark (2002) and Sebastian Schipper’s Victoria (2016). There were no actors, no rehearsals and no preparation of any sort. This is a completely spontaneous documentary. Similar to what would happen if you turned on the camera on your phone and followed those around you for about 80 minutes. Except that this is 2015, in the middle of the Donbass conflict.

The film opens with a black screen populated with the sentence: “Life lasted only while camera was on, so I kept it rolling”. This suggests that the filmmaker’s life was endangered. A bridge has been blown open by separatists, and a heavy lorry has nearly collapsed into the river. It’s unclear whether there were any casualties. A man called Maxim films the dramatic event with his own telephone. A bullet is heard, balaclava-clad policemen demand to see everyone’s papers. They arrest Maxim for interrogation on suspicion of separatism. The filmmaker Beata jumps in the car with the police. 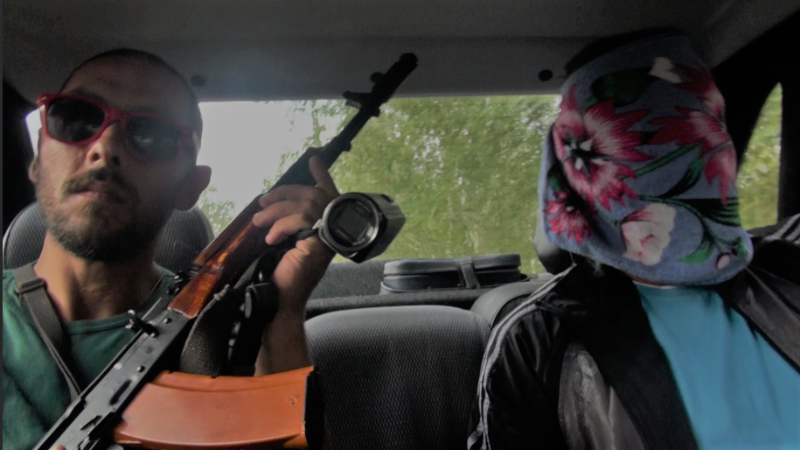 The second half of the film is far less dramatic, as the police reach the conclusion that the man is not engaged in separatism. The interrogation becomes far more friendly, as Maxim provides them with useful strategic and geographic information about the region. He draws a map and diagram on a chalk board hardly discernible to viewers. He is then released and Beata is left to film the young soldiers in the now disbanded military base of Aidar, a voluntary military defense battalion. About a third of the film consists of Beata filming a half-naked soldier having a mundane talk to a friend on the telephone. Not particularly thrilling.

Flight of a Bullet is a marketed as “provocative study of how the violence of conflict permeates into the mundanity of the everyday”. But this is only a study of violence as far as watching strangers talk on the street is a study of mankind. There is limited elicitation technique, little technical wizardry and absolutely no artistic merit. Beata remains behind the camera and hardly speaks, except for a few moments when her motives a questioned and a very creepy sexual proposition, suggesting that she could be raped. 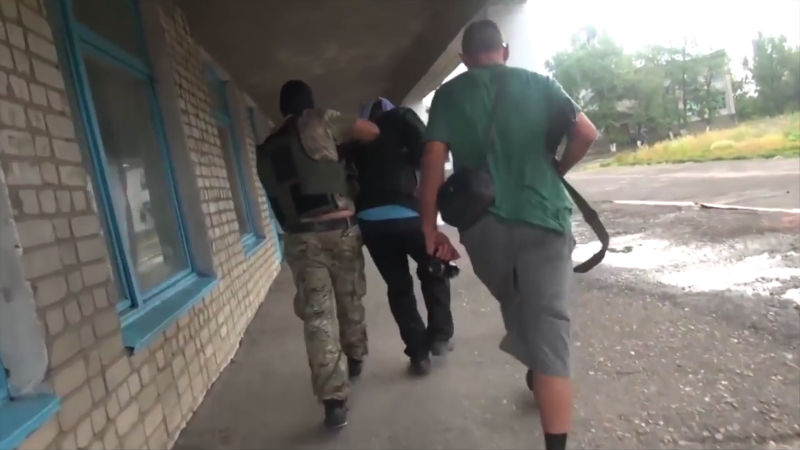 Ultimately, this is a piece of guerrilla filmmaking, and a very random fragment of a very complex conflict. The film is not contextualised at all, so it’s up to viewers to put the pieces together.

Flight of a Bullet + Q&A with the director Beata Bubenec takes place as part of the Open City Documentary Film Festival in London between September 4th and 9th. This is the type of movie that could be fascinating and generate a very thought-provoking debate in the presence of the director, or if you are very familiar with Ukrainian lifestyle and parlance – but almost entirely meaningless otherwise.

The separatist question has not been resolved, and the armed struggle in Donbass is still ongoing to this date. There have been reports that one of the film subjects is now dead, which has raised many eyebrows and brought the accountability of the filmmaker into question.