This is not a conventional documentary about a music star. This is not a romantic portrait of an artist bigger-than-life, and which changed the course of history. This is neither a compilation of songs nor a biopic. The King is a very provocative documentary about American culture, politics and race that merely uses The King of Rock and Roll as a barometer of change.

Eugene Jarecki takes a musical road trip across the US more than four decades after the untimely death of Elvis Presley. He uses the 1963 Rolls-Royce that belonged to the artist. Diverse guests join the director, including Alec Baldwin, Rosanne Cash, Chuck D, Emmylou Harris, Ethan Hawke, Van Jones, Mike Myers, and Dan Rather (some inside the car, some in talking heads format elsewhere). 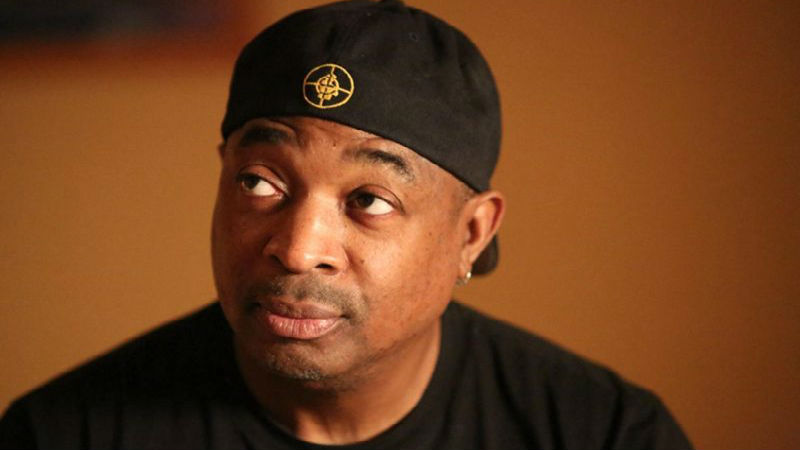 The director visits Elvis’s birthplace in Mississippi, including the house where he grew up (it was unbeknownst to the current dwellers that such an iconic figure had lived in their property), the places where Elvis lived and performed in Memphis (described as a place of “confluence” of cultures), and he traces the singer’s legacy in New York and Las Vegas. But this is a very unusual road movie. Jarecki does not celebrate Elvis Presley’s legacy. His music is only scarcely heard in the movie. Instead, the director investigates Elvis Presley in relation to the American Dream. Did the singer epitomise a country “where you can be whatever you want if you work hard” or was he in fact a subversion of such ideal?

Elvis Presley was born in the middle of what the film described as the “American Nightmare”: segregation. Not just in terms of time, but also in terms of location. Elvis was born in the Deep South, in the heartlands of racial hatred. Chuck D from Public Enemy (pictured above) is the most fierce critic of Elvis’s twisted legacy. He argues that Elvis was no more of a king than Little Richard, Chuck Berry and Bo Diddley. The lyrics of his song Fight The Power are anything but subtle: “Elvis was a hero to most, but he never meant shit to me”. The topic of cultural appropriation is also central. Elvis “stole” from Black culture, yet he was nowhere to be seen during the Civil Rights Movement – unlike other prominent artists at the time, such as Jane Fonda and Marlon Brando.

The King of Rock and Roll was the right person to sell Black music to a predominantly white and racist country, hence his tremendous success. He was young, sexy, talented and – of course – white. This selfish and perverse appropriation is used as a metaphor of the US. “The American Dream is someone’s fantasy or drunken nightmare”, someone explains. “The US is a country that inflicts pain on Black people and then benefits from their cries”, we are also told. 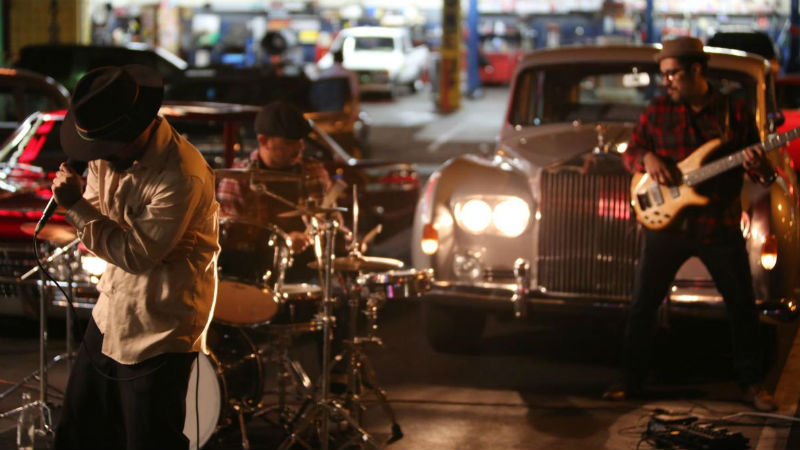 The connection between Elvis American hegemony is also investigated. The film reveals that – bar his military service in Germany – Elvis Presley never left the US, and all of his performances where on American soil. Despite this, we was extremely well-known in every corner of the world. He was described as “the most celebrated soldier since Napoleon” during his short stint in Europe. His films, videos and music became synonymous with American cultural supremacy, the most powerful instrument of Imperialism. The imagery was often associated with guns and military symbols.

The elusiveness of celebrity, as well as the superficiality of Las Vegas are also addressed.

The movie wraps up with the election of Trump, the very twisted self-appointed king. The current Potus is juxtaposed against Elvis’s fall from grace. Elvis is used as an epitome of democracy. We see a fat and sick Elvis, and then we see Trump. We all know what happened next to Elvis. The clever montage seems to suggest that the same could happen to American democracy. The film credits roll. Not to the groovy Suspicious Minds, but to something far more somber instead.

The King is out in UK cinemas on Friday, August 24th.