"Greasy movie"
Emma Thompson is a prominent high court judge grappling with a case that returns to haunt her, in court drama based on novel by Ian McEwan - now available on VoD

Both Emma Thompson and Ian McEwan are national treasures. The London born-actress already has a multiple number of Oscars and Baftas under her belt, normally recognised for playing strong-minded and witty characters in period dramas, aristocratic settings and literary adaptations. The Children Act is no exception, as she plays a super classy and stern high judge handling extremely complex cases. The iconic thespian teams up with one of the country’s most prolific novelists and screenwriters, the Hampshire-born Ian McEwan. His books seem to turn into films as a smoothly as the waters running down the Thames. Recent adaptations include Atonement (Joe Wright, 2007) and On Chesil Beach (Dominic Cook, 2018).

Directed by Richard Eyre, The Children Act tells the story of Fiona Maye (Emma Thompson), an affluent high court judge handling morally and ethically challenging cases. She works in the Royal Courts of Justice. The prominent building located on the Strand is featured consistently in the movie, both from inside and outside. Fiona’s work demands are very high, and they soon begin to take their toll on her marriage to Jack (Stanley Tucci). He’s frustrated with Fiona’s coldness and complete absence of sex, and insists that he should have an affair in order to compensate for the non-compliance of her “marital duties”. Fiona feels insulted by his proposition. 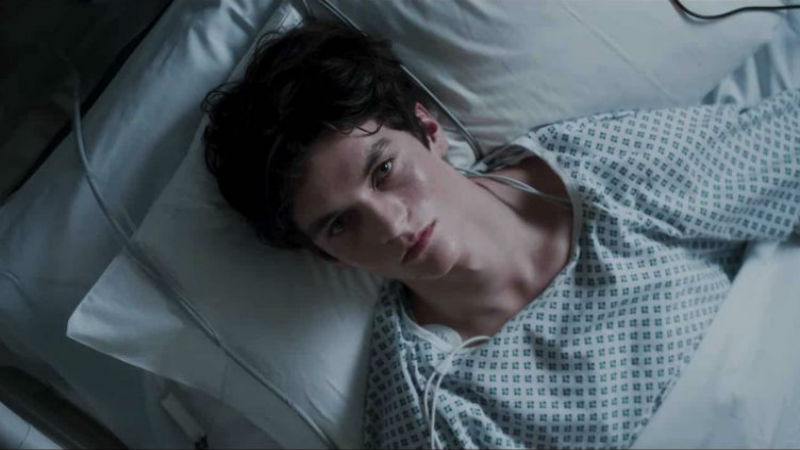 The first half of the film is a court drama in every conceivable aspect. Fiona is asked to rule on the case of Adam (Fionn Whitehead, whose scrawny face and expressive complexion you will probably recognise from Christopher Nolan’s Dunkirk, 2017), an intelligent 17-year-old Jehovah’s Witness who refuses a life-saving blood transfusion on religious grounds. Adam’s parents are adamant that death is preferable to receiving someone else’s blood into their body, in a sheer display’s of the religion’s strict doctrine. Because Adam is a few days short of his 18th birthday and therefore still a minor, the decision lies in the hands of Fiona. She takes the very unusual decision to visit Adam in hospital in order to decide whether he’s has been duped by his parents or is genuinely convinced about his fate. The two bond in a very unexpected way: through music.

I can’t tell you too much about the second half of the film without spoiling it, but let’s just say that Fiona makes a decision, and the tension moves away from the court room into her personal life. The ghosts of her ruling come to knock at her door wherever she goes. Literally. She is consistently confronted about her coherence and toughness. Meanwhile, she also has to grapple with her collapsing marriage. Fiona is confident and firm, yet unable to discuss her relationship with her husband. The very English inability to voice their feelings resurfaces, also present in On Chesil Beach. This is a film about reconciling professional judgment with personal judgment.

Emma Thompson is sterling. Could you conceive a bad performance by the award-winning actress? She’s also elegant, stern, a little motherly and very feminine. Naturally, this is an Oscar-baiting film. Thompson was immediately tipped for the Best Actress Academy Award. 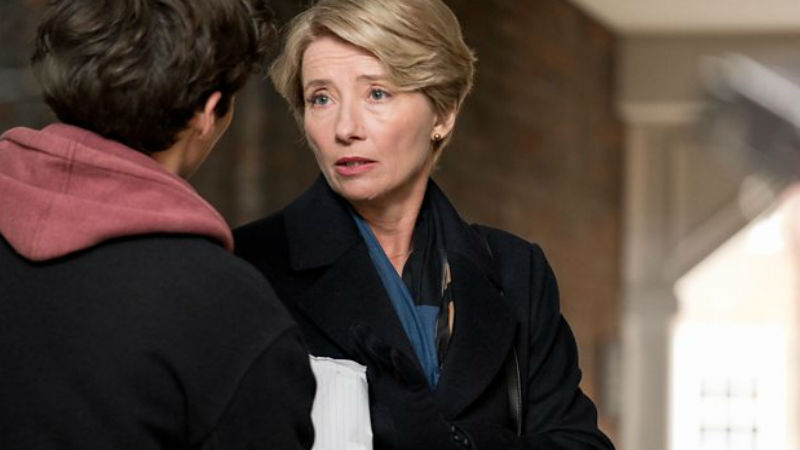 But this is isn’t a perfect movie. The abundance of topics it attempts to approach makes it a little convoluted. They include Jehovah’s witness faith, the difference between law and morals, monogamy, female sexuality, right to die, and a lot more. But where it does succeed it does so extremely well, particularly in the topic of how a judge separates his personal from his professional life. Also, the second half of the movie is far less credible than the first part.

There is also an issue with some of the plot devices. A certain Newcastle visit feels redundant and unexplained, and even the relationship with Jack seems a little disconnected from the rest of the story. I wonder whether these elements were explored in more detail in the book, and just got lost in translation in the film screenplay.

This is also a film for American viewers, always hungry for “classy” Britain material. All of the ingredients are there: aristocratic London, with piano recitals, poems by W. B. Yeats (who was, in fact, Irish, but still British-sounding enough for American viewers), plenty of wigs, forensic pomp and circumstance. All very effective, if also extremely formulaic. All in all, the whole thing feels a little bit like a television court drama, except that its duration of 105 minutes is more suitable to cinema audiences.

The Children Act is out on general release in UK cinemas on Friday, August 24th. It’s out on VoD on Friday, January 11th.

Say it with music! English drama set in 1962 uses music as a gauge for emotions and a tool for communication, in a culture where people struggle to express their feelings with words and with clarity - now available on VoD [Read More...]