Marketed as “an ensemble comedy with an eclectic cast of characters both human and canine”, Dog Days is in reality a patchwork of mediocre and unimaginative comedy sketches. It is some mixture of canine romcom and family movie with plenty of flavourless bite-size gags and treats. As effective as a yappy chihuahua taking on a rottweiler.

Dogs are cute and (almost) everyone loves them. But they are not a surefire recipe for a charming and moving film. Show Dogs (Raja Gosnell) failed tremendously earlier this year, and A Dog’s Purpose (Lasse Hallstrom) was only partly successful last year. Even Todd Solondz’s Wiener-Dog (2016) was a major disappointment to many cinemas lovers. Now Dog Days has joined the pantheon of doggy mainstream films that get theatrical distribution in the UK and simply lack a little bite. 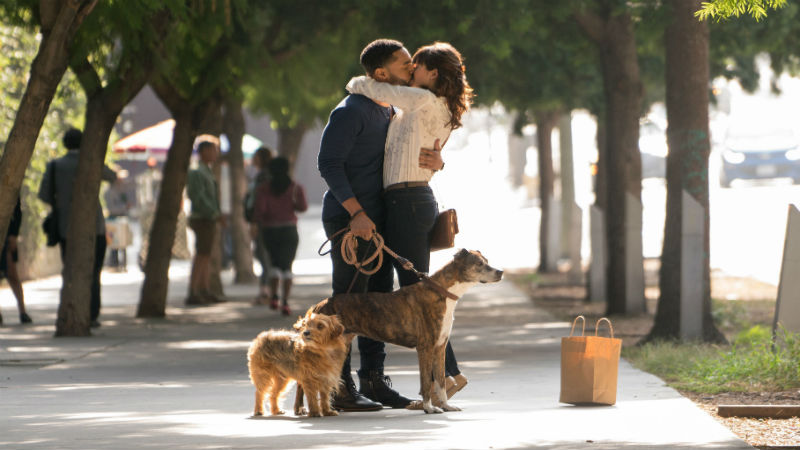 The most important plot/comedy sketch revolves around Elizabeth (Nina Dobrev), a beautiful anchorwoman who suddenly has to share her TV show with a cocky and rude co-host called Jimmy. However, they do have a passion in common: their respective pets. Meanwhile, barista Tara encounters a stray chihuahua and becomes infatuated with a handsome vet. Garret runs a adopt-a-dog business and is in love with Tara, who does not seem to take him very seriously. Dax (Adam Paily) has to look after his sister’s pooch as she cares for her newborn twins. Grace (Eva Longoria) and Kurt (Rob Corddry) adopt a young girl, but are unable to bond with her. Walter (Ron Cephas Jones) is a lonely widower whose only companion is a fat dog called Mabel. And the list goes on.

What all characters have in common is that they have a dog or two in their lives. The pooches enable them to connect with each other, to overcome their problems and to find love. Romance is the final resolution to the predicament of several characters. The dog is the broker, the cupid or the catalyst of the rosy outcome. Dog Days is a highly formulaic and carefully crafted feelgood comedy. The problem is that the characters are so flat that they are hardly relatable. The jokes are mostly innocuous and stale (dog fart jokes are hardly witty). The various plots are simplistic and contrived. Less than halfway through the film, you will have guessed how all of the stories end. Dog Days is such an ineffective tearjerker that even the climactic moments (including a dog death) failed to move me. YouTube videos of dogs reunited with their owners are far more moving. 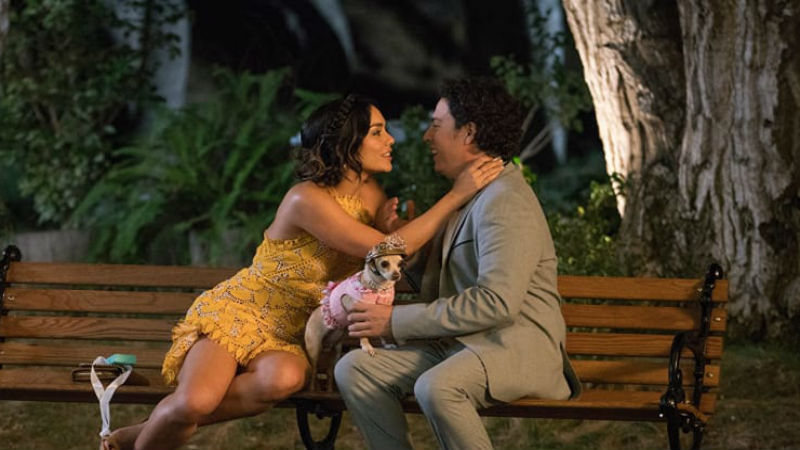 The action takes place in a very sunny LA. “Dog days” is an expression that refers to the hottest days of the year, when people lose their mind and do crazy things due to the excessive heat (a fact never referenced in the film). Of course this is not Ulrich Seidl’s homonymous Dog Days (2001), a very dirty film in which characters genuinely go barking mad during the oppressive Summer heat. Quite the opposite: this is the antithesis of the Austrian film. Ken Marino’s Dog Days is infested with clichés and platitudes. Dogs are the solution to all petty problems faced by mankind. An unimaginative narrative device to a mediocre comedy.

Dog Days is in cinemas on Friday, August 10th. But not all is lifeless and boring in the filmic canine world. For far more vivid doggy films try Wes Anderson’s Isle of Dogs (now available for digital streaming) or Matteo Garrone’s Dogman (which peremiered in Cannes earlier this year). Hankies mandatory in both cases. Out on VoD on December 3rd.

Comedy about brooding NYPD dog follows in the pawsteps of family-entertainment movies from the noughties, but unfortunately it fails to bite audiences - in cinemas Friday, May 18th [Read More...]