"Greasy movie"
I want to break free! Gemma Arterton is trapped in a stultifying suburban marriage and motherhood from which she seeks a way out – now also available on VoD

Tara (Gemma Arterton, also executive producer) is married to Mark (Dominic Cooper) with two small kids Teddy and Florrie (real-life siblings Teddy and Florrie Pender). He has a secure job and they’re living somewhere in a housing development in Gravesend, Kent. Her life consists of responding to his sexual advances, which no longer satisfy her the way they once did, getting him to work and the kids to school in the mornings, keeping the house tidy during the day and playing with the kids after school. She has her own car but doesn’t get out much except to do the household shopping. If her life ever possessed any significant meaning, it’s long lost in the humdrum of a housewife and mother’s everyday married routine. 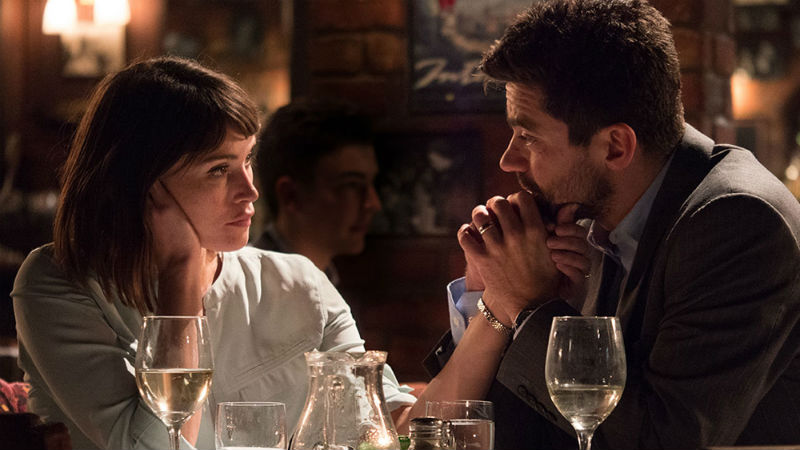 Something needs to change, and judging by a pre-title scene where Arterton wakes up alone in a house with framed art prints on the wall and walks alone to a park, it’s about to do so. The first hour after that charts the gradually worsening situation of her relationship with her husband and kids, punctuated by a trip up to London and the purchase from the Southbank’s second hand book market of The Lady And The Unicorn, a tome about six medieval tapestries which hang in Paris and represent the five familiar senses and an unfamiliar sixth one which represents something like our moral judgement. Which is what the film is about: taking stock of one’s life and making any necessary changes if and where it seems less than satisfactory.

The remainder sees Arterton take off to Paris, visit the museum with the tapestries and get picked up for a one-night stand in her hotel room by charming French photographer Philippe (Jalil Lespert). She tells lies to redefine her identity, saying she works for a London commercial company and she’s not involved with anyone. When it turns out he has a wife and kids, she tells him what he did was wrong and turfs him out, which seems a little bit two faced to say the least given she’s done much the same to him. After that, will she be able to go back to her husband? The pre-credits scene, which also closes the film, suggests not. 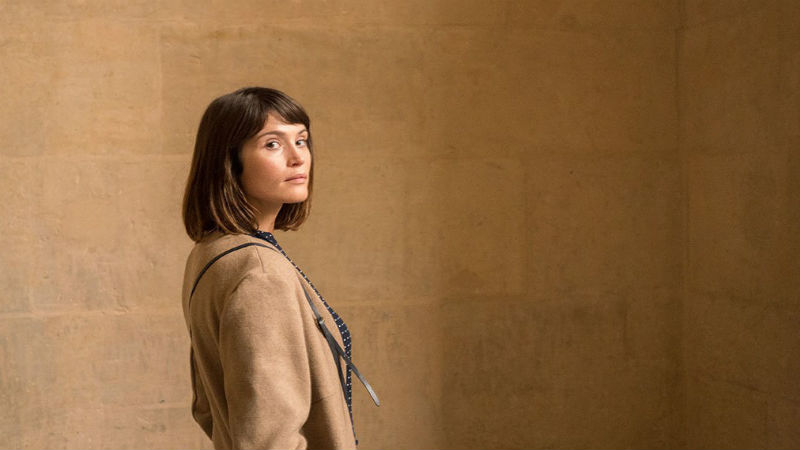 The whole is light on dialogue and heavy on improvisation, especially in the family scenes with the two kids, with writer-director Savage opting for a fluid, handheld camera approach to capture the potential of open-ended performances. He’s helped by his decision to use a small crew which allows for great versatility in shooting. If it sometimes feels like not that much happens in its 105-minute running length, there’s an intensity to events as they unfold in the moment on the screen.

Long after viewing, most of the domestic scenes fade but the memories of the trip to Paris and the one-night stand remain, as will Cooper’s hurling her tapestry book across the kitchen in a moment of rage and Arterton’s losing her composure and swearing at her kids. The highly effective music by Anthony John and Alexandra Harwood cleverly adds a sense of longing in the domestic senses and a feeling of satisfaction when Arterton finally gets away. Ultimately, it’s a clever little film which, through a mixture of script prep, strong casting and improv, achieves its aims. So, worth seeing.

The Escape is out in the UK on Friday, August 3rd. It’s available on VoD from Monday, December 3rd.

Austro-British photographer who led a double life as a secret agent for the KGB is the subject of documentary directed by her own nephew - in cinemas Friday, July 27th [Read More...]

She's every woman! Documentary about Whitney Houston (yes, another one!) contains unseen footage and a bombastic revelation, and it's moving enough even for non-fans - now on all major VoD platforms [Read More...]