Mad To Be Normal

"Mostly clean movie"
Thinking outside the box... and all over the place! Biopic of radical British psychiatrist RD Laing is as disjointed as the doctor's disordered thinking, if supported by very strong performances - available for digital streaming on Monday, August 13th

The psychiatrist RD Laing was one of the most radical – and controversial – voices of his generation. After completing his psychiatric training in the early 1950s, the Scotsman became a sharp critic of the medical wisdom of the time, namely that electroshock therapy and an emergent pharmaceutical market could provide long-term remedies to mental health conditions. In 1965, he began to use the historic East London building Kingsley Hall as a psychiatric community residence. People experiencing psychosis could live there as Laing trialled an existential model of psychiatry. Robert Mullan focuses on the Kingsley Hall period in his biopic Mad to be Normal (based on a series of interviews with Laing that he published in a 1995 collection). Sadly, rather than providing a radical account of one of modern medicine’s most interesting characters, the film quickly descends into a radically incoherent and boring mess.

Mad to be Normal opens vaguely ‘in the 1960s’ as Laing (David Tennant) gives a lecture to a packed-out hall of London intellectuals, among them academic Jim (Gabriel Byrne) and Columbia University psychology postgrad Angie Wood (Elizabeth Moss). Moments later, Laing and Wood end up having sex in the psychiatrist’s Kingsley Hall bed, thus establishing one of the film’s central (albeit fictionalised) relationships. The remainder of the plot jumps haphazardly between various episodes from 1965 to 1970, incorporating a trip to a New York psychiatric unit, visits to Laing’s estranged family in Glasgow, and various dinner parties. Every now and then, the narrative peers into Kingsley Hall to observe how residents such as Sydney Kotok (Michael Gambon) deal with Laing’s leftfield methods (e.g. exploring childhood trauma with the help of LSD). 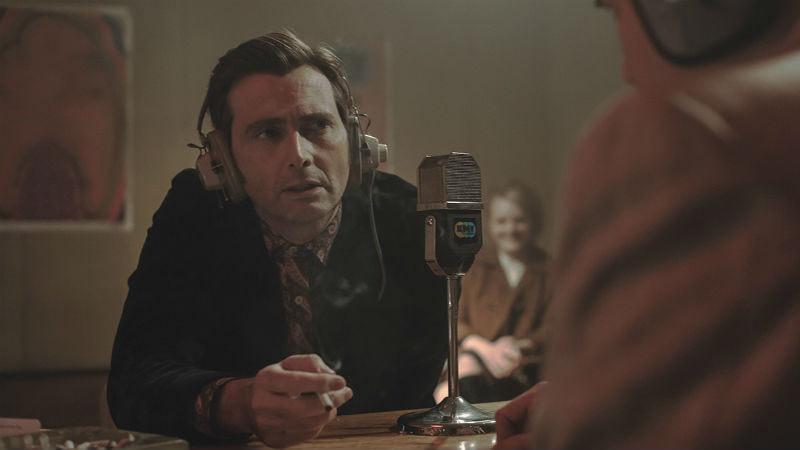 The cast is brilliant and the period setting seems authentic, if somewhat contrived. Regrettably, the narrative is so bafflingly mixed-up that it does Laing an unforgivable disservice. The script is laughably didactic, to the point that characters literally re-describe scenes that have just occurred. The temporal pace is never really clear, nor is the nature of Laing’s career. Rather than focusing on his influences (notably Jean-Paul Sartre), his major works (The Divided Self, The Politics of Experience), or milestones in his intellectual trajectory (the Dialectics of Liberation Congress), we get poorly sketched out lip service – some Hare Krishna monks momentarily materialise; his books lay on a desk; a predictable scene with an American patient is confected from scraps of cod psychology.

In fact, Mad to be Normal has a significant issue with the truth. Laing operated alongside many other sympathetic psychiatrists and New Left intellectuals. There are documented case notes of his patients. He fathered 10 children from four women. Yet, very few of these characters are anywhere to be found in the film. Instead, there are two-dimensional creations like Angie Wood, who we are supposed to believe jumped into Laing’s bed for five years because the promise of being an older man’s sexual plaything was so much more appealing than finishing her studies. Even when Mullan tries to tell the truth – notably regarding Laing’s alcoholism and the death of his daughter Susan from leukaemia – he can’t help but caricature it or alter the dates, all in the name of melodrama. 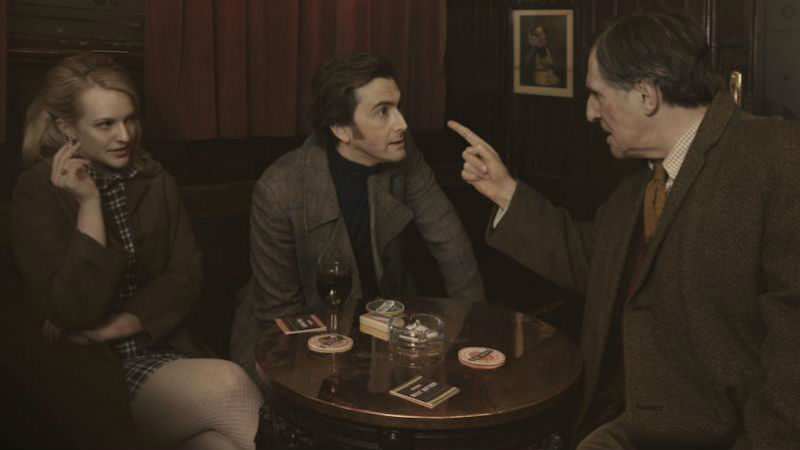 This is a grand shame. Laing was a thought-provoking, flawed and fascinating man, yet he’s never been portrayed in his own feature film. For this first biopic to be so shockingly slipshod and uninteresting kills hope of a second chance. Perhaps Mullan sought to use his chaotic plot as a metaphor for Laing’s disordered thinking. It might have been more effective a decade ago, but in 2018, television shows such as Legion have pushed mental health and unreliable narrators far beyond what we see in Mullan’s biopic.

There’s a scene mid-way through Mad to be Normal where Laing intentionally smashes a vase and then asks another Kingsley Hall resident to glue it back together, as a means to distract him from his depression. The method is fictitious and nonsensical; the repaired vase looks careless and jagged around the edges. It’s the perfect metaphor for Mullan’s script, direction and production of what could have been a stunning film.

Mad to be Normal is available for digital streaming from Monday, August 13th.