"Dirty gem"
Jesus Christ is my Goat and Saviour! Dominican man has to engage in absurd religious cults and rituals following his father's murder, in aesthetically hybrid fiction with elements of documentary-making - in cinemas Friday, July 27th

It’s not every day that you get the opportunity to look at life in the Dominican Republic so closely. Nelson Carlo De Los Santos Arias’s debut feature Cocote is a film about grief, injustice, religious fanaticism and revenge, and also a sneak peek into a part of the world rarely shown on film.

Alberto (Vicente Santos) works as a gardener for a wealthy family in Santo Domingo, the country’s capital. One day, he returns to his hometown in the countryside for his father’s burial. His old man was killed by a local policeman, beaten up “like a dog” in a savage attack. The calm Alberto – who remains mostly stoical in the face of tragedy – soon finds out that he has to attend nine days of Evangelical funereal cults. To top it all up, his family wants him to avenge his father’s murder. 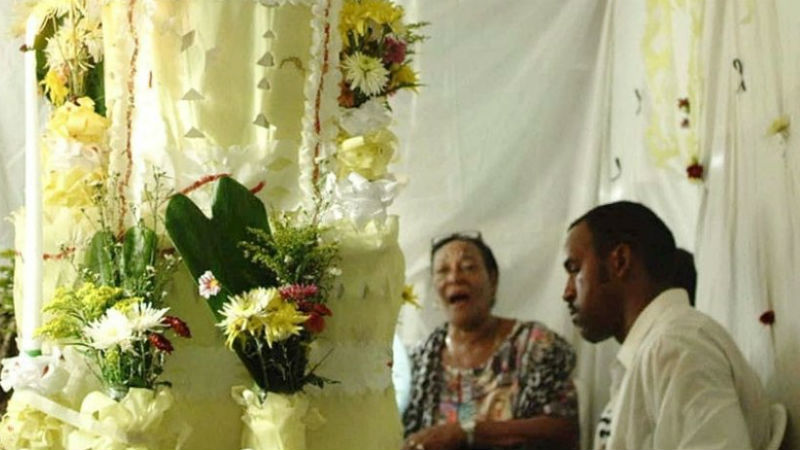 The movie aesthetics are far from conventional. The images and the textures shift constantly. Black and white is contrasted against vibrant and tropical colours. The aspect ratio of the pictures changes for no apparent reason, a little bit à la Jean-Luc Godard. A sublime chiaroscuro is combined with a screechy music score, jump cuts and non-synchronised dialogues (characters are heard when they mouth isn’t even open), all in good ol’ Nouvelle Vague style.

The use of documentary-making devices is also conspicuous. Non-professionals local were utilised in the cult scenes, and much of the dialogue was improvised. There are also faux television reports, and the topics are often absurd. They include the news of a goat’s funeral, who locals believed to be the reincarnation of Jesus Christ. A delicious melange of fiction, documentary and mockumentary.

Overall, Cotote has an oneiric quality that dilutes and mitigates the tragedy depicted. The tragedy isn’t just death, but also the blind devotion to the Bible – which happens to be the only book on the mostly empty bookshelves. In this precarious society controlled by brutes, doctrine prevails above culture, and brawl above dialogue. This is very disturbing. You will feel the urge to help these people, but by not by giving them money. They need books instead. 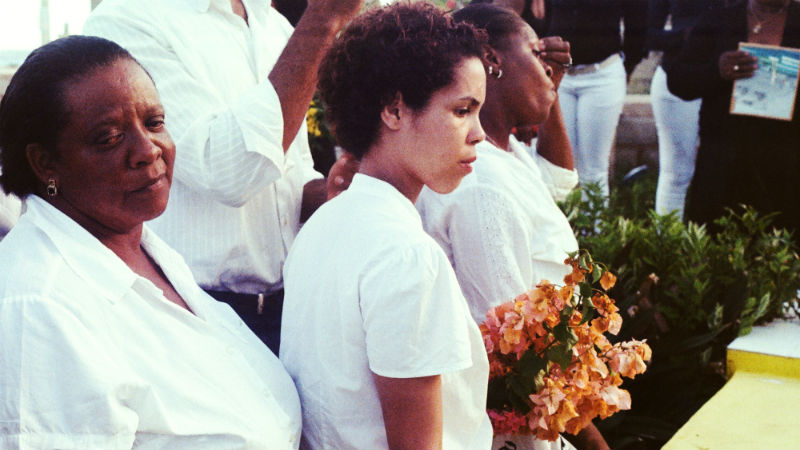 The film title is Dominican slang for an animal’s neck, and here this has many connotations. It refers to how Alberto’s father was murdered, and also to the possibility that Alberto and other living Christians might also lose their head. “Hacer cocote” (“to make cocote”) also means to look forward to something. You will be surprised as to what Alberto and other locals are looking forward to in the end of the film!

All in all, Cocote is a impressive debut and also a landmark for Dominican cinema. It is out in cinemas on Friday, July 27th.

Lorna is a European citizen: this Italian born actress has lived in Switzerland, London, Paris. Occasionally, she has also inhabited the dreams of Woody Allen (or at least she likes to think so). Bo... 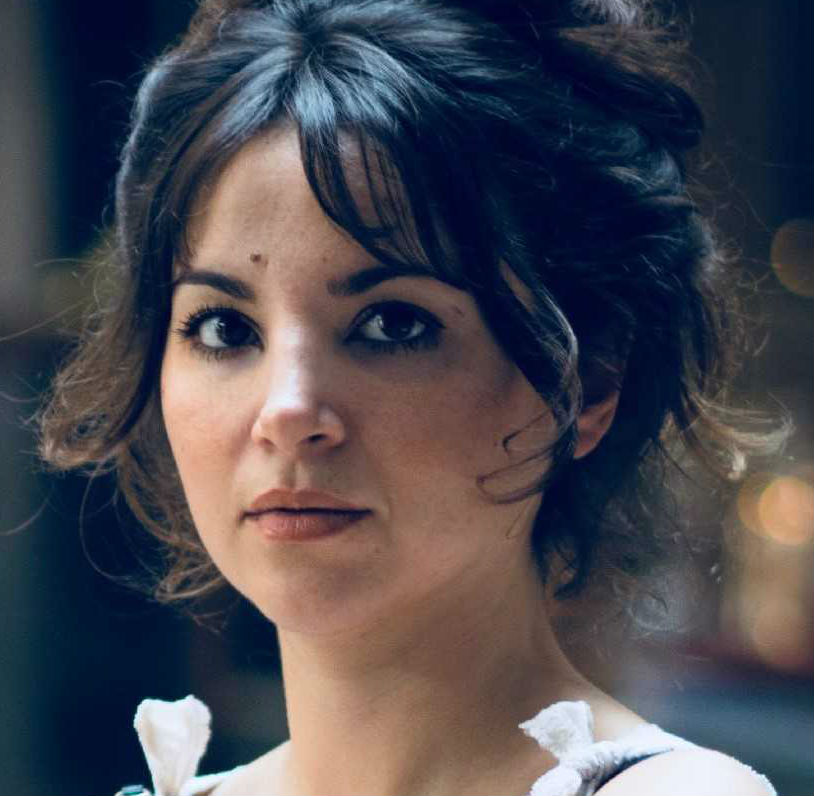