This is the first full-length feature film by director-writer Priscilla Cameron, following on from a series of shorts. Cameron took inspiration from a chance observation of a boy waiting on a Sydney doorstep, as well as her last short film Beetle Feeders (2011) and a close friend’s terminal illness. The result is an enjoyable (and often bizarre) blend of magical realism and male grief that – when it’s on form – dances with the beautiful mystique of a hundred butterfly wings.

The plot revolves around the relationship between father Al (Ewen Leslie) and son Fin (Ed Oxenbould), who have respectively lost a wife and mother in the not-so-distant past. Al, who teaches creative writing in a local community college, appears to be working through his grief by indulging in a romantic relationship with one of his students. Fin, a gentle boy of mid-adolescence, is still in awe of his mother, bringing butterflies that they used to collect together to a shrine-cum-retreat built inside a bug net under the titular garden tree. One day, the mysterious Evelyn (Melissa George) floats into town with a burlesque past and a delicious greenhouse forest of a florist’s shop. 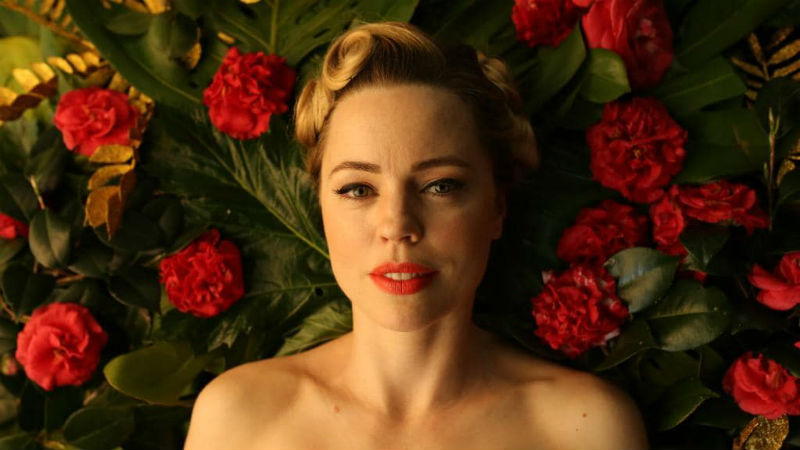 Evelyn catches the attention of both males, becoming a surrogate mother and object of Freudian desire for Fin. His dreamlike fantasies (or are they really happening?) play out with the burgeoning erotic splendour of the teenage mind and place Fin centre-stage with his willing muse. These otherworldly shifts are fantastically choreographed, as surreal splashes of steamy sensuality are offset with the ever-present metaphors of cocoon and butterfly. Fantasy and flashback sequences are low-lit with the thick blue and red hues of a Wong Kar Wai bedroom, while in the real world, garish pinks and teals worthy of The Florida Project (Sean Baker, 2017) erupt across the screen against a backdrop of lush green flora. The film is also blessed with a superbly selected score that draws on trip-hop, alt-pop and Caitlin Yeo’s suitably emotional classical composition.

When fantasy, colour and music combine – notably in a rollerblading fantasy sequence set in Evelyn’s greenhouse – the film is at its best. It’s an intoxicating cocktail of surrealism and adolescent imagination, shot with music video sensibilities on a surprisingly low budget. 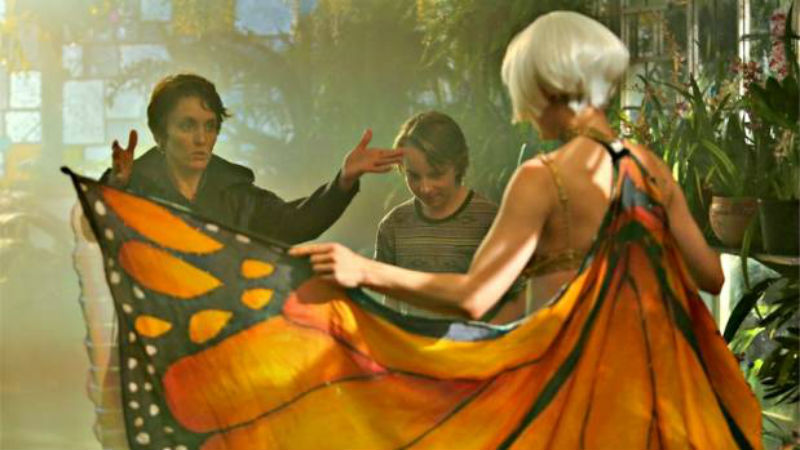 The film’s greatest absence is that of a solid narrative. The plot often jumps in and out of extreme melodrama, reminiscent of the sort of television soap opera (Home and Away) that Melissa George got her early break on. Nonetheless, each actor is entirely convincing in their role – it’s not that The Butterfly Tree acting is of poor quality, but that strands about teacher-pupil affairs, threatening ex-husbands and Oedipal longings appear and then disappear in a hyper-dramatised and subsequently rather improbable way. This is all well and good. For a large part of the film, I had the feeling that this was simply ironic fun from Cameron, a bit of self-aware filler in between Fin’s lucid visions. However, two final act revelations are of a much more serious manner, meaning that the tone of the film is ultimately difficult to judge.

The oddly-realised plot is definitely bearable, but proves a boring distraction from the director’s mesmerising creative flair. The Butterfly Tree is a visual and aural feast that I’m sure will sate the appetite of a cult following. Just don’t expect to grasp the story.

The Butterfly Tree is out in cinemas across the UK on Friday, July 13th.

The colour of my female dreams! Ukrainian film by first-time female director is visually exquisite and sophisticated, despite a very commonplace script - from the Berlinale [Read More...]

Not so crazy about it... This British Amélie Poulain wannabe is set in posh North London, but it lacks originality and its depiction of mental health illness is borderline offensive - on VoD March 5th [Read More...]

The "humanist" director of the dirty masterpiece Tangerine has come up with a film about childhood, but will he retain his subversive streak? Watch the film trailer here and find out! [Read More...]