"Greasy movie"
Tête-à-tête with madness: Al-Qaeda home-movie footage captured by the security services reveals young men brainwashed into a disturbing sense of adventure that quickly morphs into insanity, in this well-crafted documentary - out on DVD Monday, November 26th

In amongst the Manchester Arena bombing and the Parliament bridge knife attack in London (both last year), the media took a vested interest into the personal lives and previous events surrounding the terrorists involved. What was uncovered, as a result, was lengths to which terrorists’ groups meticulously plan their attacks, whilst submerging their jihadists into Western society. Adopting precisely this ethos, stark new documentary Path of Blood takes the viewer into a world that feels the reverse side of Four Lions (Chris Morris, 2010). Yet, the antithesis to this comedy, the film’s Al Qaeda home-movie footage offers a disturbing revel of the method, tactics and relationships held by Al Qaeda terrorists on their way to an idealised martyrdom. 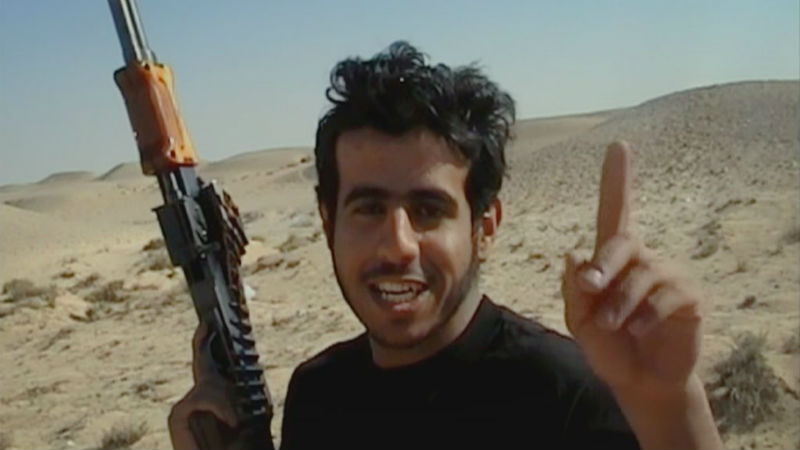 Directed by Jonathan Hacker, the documentary uses zero subjective talking heads which could alter the narrative away from purely focusing upon Al Qaeda’s jihadists. Having previously worked with similarly material but on in Britain’s First Suicide Bombers for BBC2, one feels the imprint of previous features on this one by playing on Hacker’s objectivity when approaching the material. As the time old phrase goes, always play to your strengths.

Gaining access to this unique footage, Hacker and his team set about creating a narrative out this exclusive collection of images. Commencing with the plot to overthrow the Saudi Government in 2003, the destructive landscape of the Middle East is swiftly introduced, chiefly due to avoiding unnecessary introductions to further talking heads interviewees.

Notably, the perspective given in Path of Blood recalls imagery of Last Men in Aleppo (Feras Fayyad, 2017) in the specificity of its central focus on Middle Eastern events. Though terrorism impacts the whole world, both these films are unique to one geo-political landscape and not multiple. 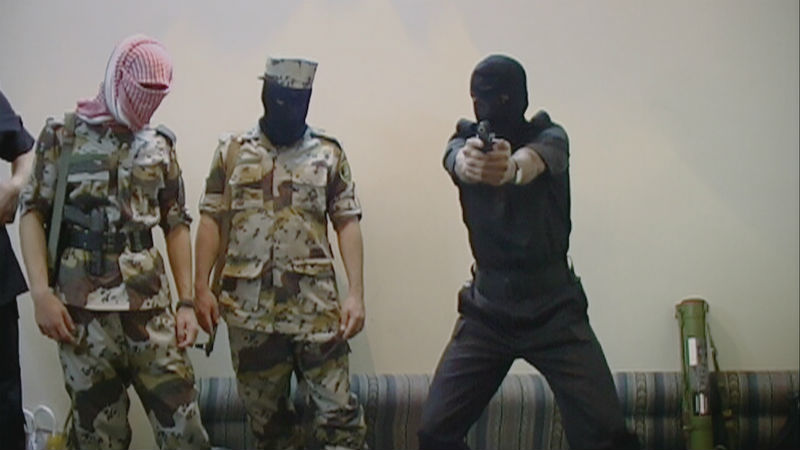 Establishing a conflict of the Saudi’s vs Al-Qaeda primarily works as a timeless narrative element of protagonist and antagonist. Nevertheless, the lengths to which the filmmakers go to not filter or tone down the footage through editing leaves an ominous tone throughout the feature. Heightened by the swift cuts to black after a specific event, scrambled radio and video sound design, along with actor Tom Hollander’s role as ‘The Voice of Jihad’- transcribing dialogue in the terrorist organization – the footage takes on a new darker and sinister symbol when merged with cinematic elements.

Hacker’s latest film re-establishes themes and ideas that absorb the filmmaker. Re-treading old ground is not necessarily a bad thing, but I imagine similar issues are raised in his acclaimed features. Path of Blood is a challenging watch. It is an eye-opening tight 91-minute experience for those willing to confront the horrors of radicalism and terrorism.

Path of Blood is out in UK cinemas on Friday, July 13th. It’s out on DVD on Monday, November 26th.

Are Jihadis bloodthirsty loonies or is there a noble side to their mission? This tête-à-tête duel between filmmaker and Muslim warrior has the answer - live now from the Sheffield Doc Fest [Read More...]

A push of a button away from paradise: documentary reveals the intimacy of suicide bombers as they prepare to strike in Syria, and their routine is strangely banal and mundane - right now at DokuFest and also at the iTunes store [Read More...]

The unbearable darkness of being at war: Jason P' Howe's unflinching desire to capture the grotesqueness of war with his camera is the subject of this highly provocative doc - out on DVD, Blu-ray and VoD [Read More...]