Hale County This Morning, This Evening

Winning the Special Jury Prize at Sundance this year, Hale County This Morning, This Evening has been the talk of Sheffield. Having finally caught up with it, this feels like the emergence of a major new cinematic voice in the form of director RaMell Ross. It’s an elliptical piece of reportage from impoverished Hale County, Alabama which, shot over half a decade as Ross lived and worked in the area as a gym instructor, takes the viewer on a walking tour of the place and its people. Although there is no narrative in the strictest sense, Ross’ tight and relentless technique makes Hale County a borderline masterpiece of documentary storytelling. 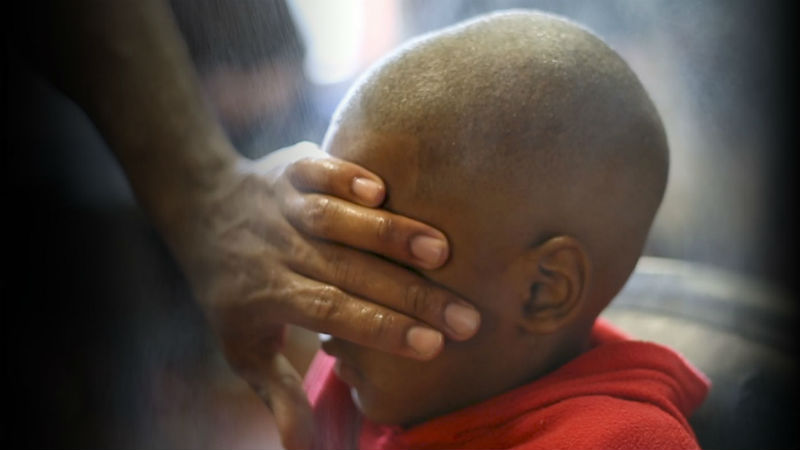 Strikingly, Ross uses the frame to hide elements – a balloon covering someone’s face, or a person off-screen driving a conversation while the camera focuses on a vacant onlooker. The separation of the senses widens our perception of things beyond the frame, and allows Ross to link scenes using their texture. Fog billowing behind a police car becomes dry ice in a club, which cuts to the flickering blue light of a playstation in a smokey lounge. It’s a film that softly explores the majesties of the everyday: screaming for the sake of it, the texture of objects and setting, and then carefully selects its image sequencing. The sound of a school playground sits over a vast tracking shot of desolate fields, drawing the people together with the landscape.

Hale County engages directly with the personality of its subjects. Not by highlighting any grotesque physical qualities, but by introducing everyone on a beat of action to zone in on their place in the world. It doesn’t trim any fat away, to the extent that some of it almost feels like found footage from social media. The face of a toddler staring at her father while he orders McDonald’s is one such moment, but sequenced near the end of the film it becomes one of the most strangely compelling images of the entire festival. The point-of-view is so strong that it almost feels first person. Ross only addresses us directly through brief intertitles “Carrying twins now, Boosie careth not about the film.” but you can feel his physical presence behind the camera. Each new space welcomes you in. There’s no time to adjust, you’re there, a part of the scene – whether it’s a football team in a locker room or moments of quiet domesticity. 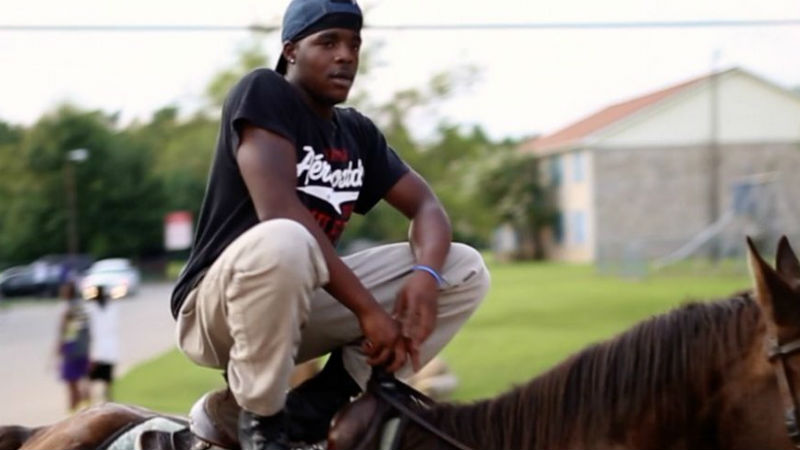 Like in Black Mother (Khalik Allah, 2018), you see a freshly born baby. But instead of using it as a spiritual, elevating moment, this scene is more grounded in the emotions displayed on the mother’s face, the clinicism of the delivery room. Hale County is not poverty porn. No facts and figures or didactic attempts to provoke change bog the film down. The audience is trusted to go with the film’s argument, to pick up on the situational context. A young man celebrating at a basketball game match cuts to his scared face as chilling shot of a policeman reflected in a wing mirror tells you all you need to know about his situation. Subtle political moments like this, or an insert shot of a minstrel that cuts to a shot of a man’s shadow playing catch, allow Ross to make his film part of a wider conversation about race in America without repeating over-familiar arguments. Instead, his focus is on the specific experiences of the people: a gambit that allows Hale County to operate within several spaces at once. This is very dirty indeed: challenging but rewarding, expertly edited and shot with a dynamic, light touch. Hale County is a potent work that all lovers of cinema need to seek out.

Hale County This Morning, This Evening showed at the Sheffield Doc/Fest in June 2018, when this piece was originally written. It is out in selected cinemas across the UK on Friday, January 18th.

Tenderness, charm and guile! Director of Beyonce's Lemonade takes you on a dizzying spiritual and political journey through the live of the vibrant females of Jamaica - in cinemas Friday, November 2nd [Read More...]

Touching yet at times gruesome doc examines the lives of the outcasts in one of the most remote and unlikely places of the American Deep South - in cinemas and VoD [Read More...]