"Dirty gem"
The mystery of the stolen slasher! Would-be film star steps behind the camera 20 years later in order to find out what happened to the director and the reels of the movie that was never completed, and her journey is profoundly personal and fascinating - now available on Netflix

In 1992, Singaporean teenager Sandi Tan wrote and starred in an independent film called Shirkers, a feminist slasher about a murderer on the run. Right after shooting the movie with a crew of her best pals, the director disappeared along with all of the film reels. Twenty years later, she is motivated to find out what happened in a journey that takes her across the world and into the darkest parts of her memory. First-time feature director Tan won the Best Documentary Director Prize at Sundance for this revealing, incredibly personal poem to a lost Singapore, which also functions as one of the most tightly constructed thrillers of the year. 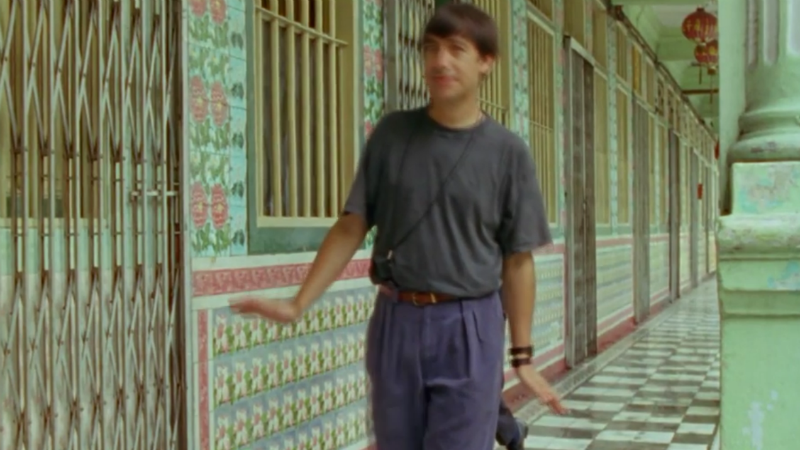 The most striking element of the film is the original Shirkers footage. Shot on gorgeous Kodak 16mm, the colour is vivid, the landscapes are rich and the shots are composed of bizarre but very funny situations. Don’t be surprised if you start to see posters and t-shirts with frames from this movie on them. The Shirkers footage is incorporated throughout the movie, at first to illustrate Tan’s cheeky narration, but then to more thoroughly interrogate Tan’s relationship to the past. As her story becomes more difficult and heartbreaking, one begins to wonder if the Shirkers footage we’ve seen has been a reconstruction. It’s that sort of film about the transience of our personal and spiritual reality.

Where most documentaries at Sheffield are delving into their subject without much interest for form, or pushing the boundaries of what we understand to be documentary without finding a gripping narrative thread, Shirkers manages to straddle both, and be a delightful, Netflix ready documentary at the same time (It drops into your living room this November). It’s this Netflix-ism: animated sections, heavy reliance on voice over and interview, that could turn off hardcore doc-heads who like their cinema more direct. But this is playing in a different mode, one that reaches beyond the cliches of its styles to deliver the authorial voice of memoir. 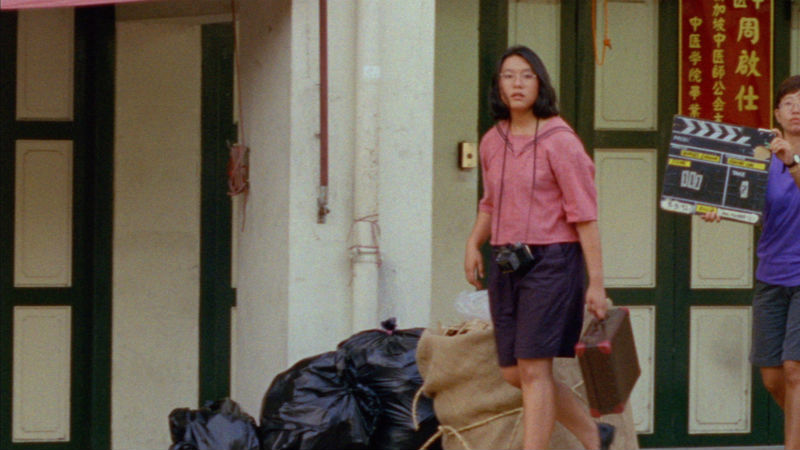 There’s also a genuine piece of film as film criticism taking place. Interviewees talk about the original Shirkers as a lost chapter in Singapore’s film history, about the impact that it would have had on a culturally starved island. Tan wistfully describes seeing pieces of Shirkers a decade later in Ghost World (Terry Zwigoff, 2001) and Rushmore (Wes Anderson, 1998), considering it almost proof that the film must be out there somewhere. In all this, watching these 20-year-old images interact with considerations of the present, Tan brings together the vast changing style of film and technology, and criticises the toll that cinema can take on a person’s soul.

Shirkers also happens to be the coolest film of the year. Those indelible images aside, twists of all sizes are casually dropped, then returned to one you’ve had time to process someone’s revelation. It’s casually punk, we see Tan and friends’ subtle battles against the system, be it by chewing gum where it is outlawed or starting a weird zine just to piss people off. Amidst this charming coming of age story are the darker truths, of male privilege, broken friendships and the undefinable melancholy initiated by the passage of time. It’s more than a nostalgia piece. It’s the most slick, fully realised vision of an idea that I’ve seen at the Festival.

Shirkers showed at the Sheffield Doc/Fest in June, when this piece was originally written. It’s now available on Netflix.