"Mostly clean movie"
Mega-rich, vulgar and grotesque: meet the people with more money than sense, and who unabashedly embrace and brandish their superlative lifestyle - now available for digital streaming

This is Lauren Greenfield’s rambling and kaleidoscopic attempt to find an overarching meaning to her career, 25 years as a photographer of world’s most extreme excesses of wealth. And while it is indeed extreme, her messages seem to be somewhat muddled.

Greenfield’s last documentary was the entertaining Queen of Versailles (2012), about the couple building the US’s largest house, a recreation of the Palace of Versailles. Here she’s broadening her focus to include a multitude of characters possessed by the power that wealth brings. From Atlanta strip clubs to child beauty pageants, cosmetic surgery addicts to high school burnouts with rich parents, she brings a compassionate eye to each of these stories of people blind to their reliance on capitalism’s privileges. 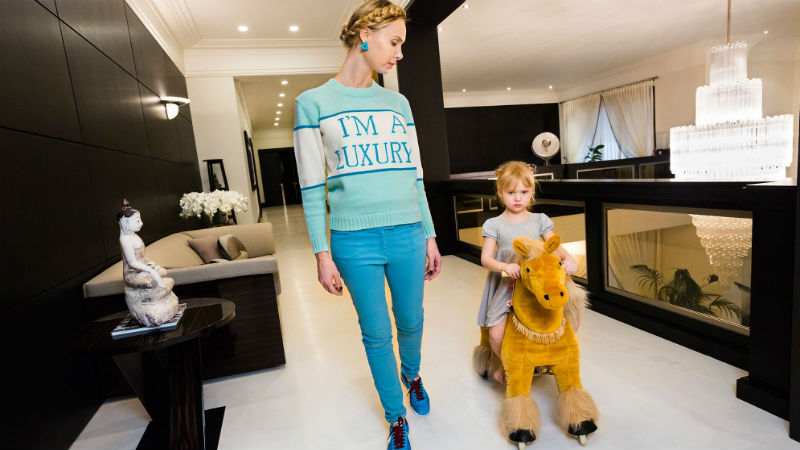 She travels to Russia and China in sequences that recall Peter Pomerantsev’s thrilling book Nothing is True and Everything is Possible. But in this ambition it does feel as though Greenfield has spread herself too thin: in trying to examine every corner of wealth, she doesn’t really find any conclusions more substantive than ‘money doesn’t mean everything so spend more time with your family.’ Because the cliche is true, as almost all of her subjects come to discover.

While she mocks the materialism of Russian oligarchs who buy libraries full of classic books that are never to be read (a Borgesian idea, for sure), Greenfield interviews Pulitzer Prize-winner Chris Hedges in front of his own library, to reaffirm to the viewer that this is a smart man who should be trusted. She’s using these signifiers in the same way as they do. The film is so fast-paced, desperate to dazzle you into a capitalist coma, that it forgets to breathe. We only see the front that these characters put on, which makes it difficult to peel behind the botox.

In sticking so closely to the human stories she doesn’t manage to explore the systems that allow these mawkish horrors. We don’t necessarily need another documentary about how the financial crash of 2008 came to be, but in tying together such disparate, global threads, some context would not have gone amiss. The occasional insert shots of Donald Trump will come across as chilling or cringeworthy, depending on your viewpoint, it is hardly an original concept that Trump represents a certain logical endpoint to the American game of excess. 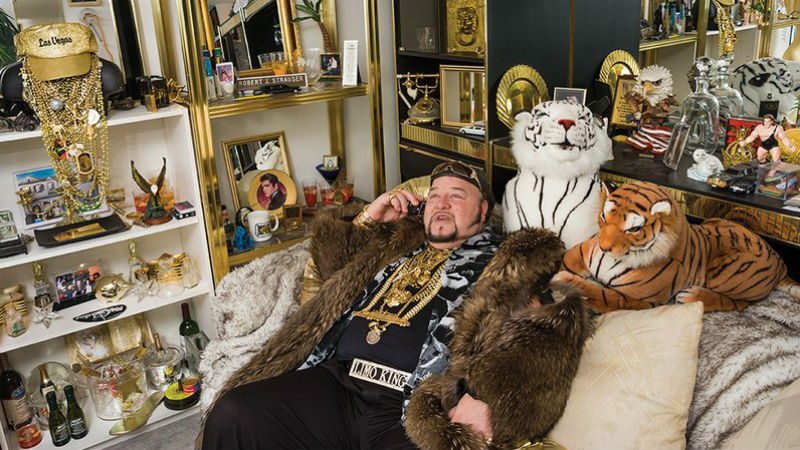 The best way to take Generation Wealth then, is as a tone poem, a garish trip inside the wealth addiction. It’s like Samsara (Ron Fricke, 2011) for the AmEx set. But Greenfield’s attempts to diagnose her own addiction (to work and family, poor her) make for some of the slowest parts of the film, interviews with family members who all reaffirm how special they find each other despite their neuroses. It’s at odds with subjects like hedge fund fraudster Florian Homm, alone and in exile, and Greenfield can’t quite make an association between his behaviour and her own. This becomes especially problematic in the last section of the film, which operates as an extended advert for the Generation Wealth book. You have Greenfield’s Harvard-bound son telling his mother how special this project is, while her other, more camera-shy boy hollers with joy holding a copy of the book for the first time. She’s documenting a moment of personal achievement, catching up with some of the most fascinating characters of her career and tying off as many loose ense as possible, but in doing so, Greenfield’s documentary doesn’t manage to truly uncover the hypocrisy of those who condemn the “Wealth” lifestyle while going along with it.

Generation Wealth showed at the Sheffield Doc Fest in early June. It’s out in cinemas on Friday, July 20th. Available for digital streaming in the last week of August!