"Dirty gem"
Doctor Jekyll and Miss Online: what happens when your online and real-life persona disconnect from each other? Splendid teen drama is out in cinemas Friday, April 26th

Adolescent school kids are nothing new to celluloid. Established in the template of The Breakfast Club (1985), future coming of age stories have always been shifted towards John Hughes’ very 1980s’ mould. Embellishing its contemporary setting, Bo Burnham’s directorial debut Eighth Grade utilises the strange world of social media and school life in order to create something entirely new and ground-breaking. Integrating Burnham’s idiosyncratic style as a comedian, with an acute cinematic eye for the strangeness of formative childhood experiences, his career as a Youtuber, comedic stand-up and actor are cumulatively reflected in this feature. 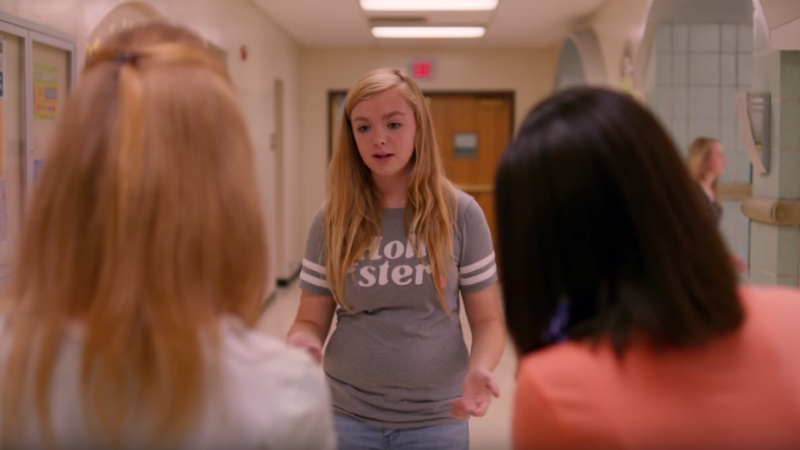 Kayla (Elsie Fisher) is the ‘other’ in her class. Following her as she goes through the motions of her last few weeks in the titular year, the disparity between her veneer online profiles and the real Kayla is a grand one. Commencing as the audience would watch a video on the platform, Burnham and Andrew Wehde’s camera slowly zooms out from a tight close up of Kayla enacting her online persona. Flourished with her trademark ‘Gucci’ outline, her audience is unsurprisingly very small. Reserved at school, the difference between the two characters we see at home and online underlines a fragility to Kayla’s slow growth as a human being. Allowing this discussion to grow further, the all-consuming and frequently falsity of online profiles is a clear framework expanded on. Yet, beneath this, the director allows his own personal experience of the medium to ruminate in the character Fisher portrays.

The filmmakers, chiefly in Burnham’s writing, inject an overwhelming sense of pride when observing the teenage girl participate in the real world – away from any screens. Such a potent emotional response suffuses itself throughout. Her innocence, along with perceiving her everyday life as a sequence of profound events – exemplarily in the deployment of a slow-mo tracking shot of her crush Aiden (Luke Prael) – speaks to a universal experience we all share. 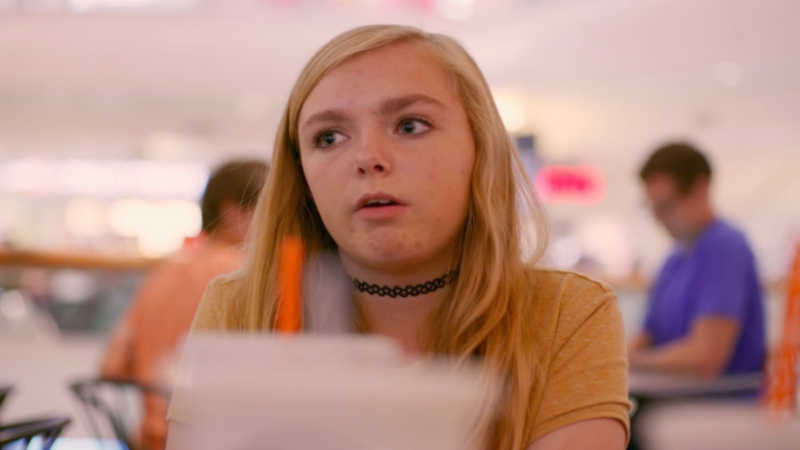 Selecting to merge montages of the social media the teenager is consuming with that of a normal medium close-up creates a new cinematic landscape to represent the consumption of the internet – thankfully gone are the Matrix-esque codes and algorithms which dominated the early half of the 2000s. In the camera further, you are interpolated at water level with Kayla as she negotiates a pool party – recalling Barry Jenkin’s Moonlight (2017). With a comedic film, praise always falls to the writing and deservedly so in this instance, yet behind the dialogue rests a great artistic craft of cinema.

Eighth Grade feels as though it will be revisited time and time again by audiences, allowing them to indulge themselves in the innocence of youth, whilst bringing a complete new interpretation through viewing a change from the youthful mind-set of Kayla towards her caring Dad, Mark (Josh Hamilton). Filled to the brim with sincere tenderness for its central characters, as well as viewing them in all shades of grey, Burnham deserves as a standing ovation for his debut, just as he has done previous during his stand-up acts.

Eight Grade won the Audience Award at Sundance London in 2018, when this piece was originally written. It’s out in UK cinemas on Friday, April 26th (2019).

Do you sometimes go a little OCD with social media? Ingrid does, too - in cinemas [Read More...]