"Dirty gem"
Who are the real loonies? Scotsman sent to defuse WW2 landmines left behind by retreating Germans in France finds solace and sanity amongst mental asylum escapees - anti-war classic from the 1960s hits cinemas this Friday

The phrase “In the land of the blind, the one eyed man is king” is something of a guiding ethos for Philippe De Broca’s 1966 anti-war satire King of Hearts. In the last days of WW1, after an ornithologist is mistaken for an explosives expert, a lone Scottish infantryman is sent into a French town that has been rigged with booby traps by retreating German forces. Tasked with defusing the bomb, Private Pumpnick (Alan Bates) inadvertently liberates the inmates of an asylum, only to become inducted into their bizarre, yet appealing way of life. 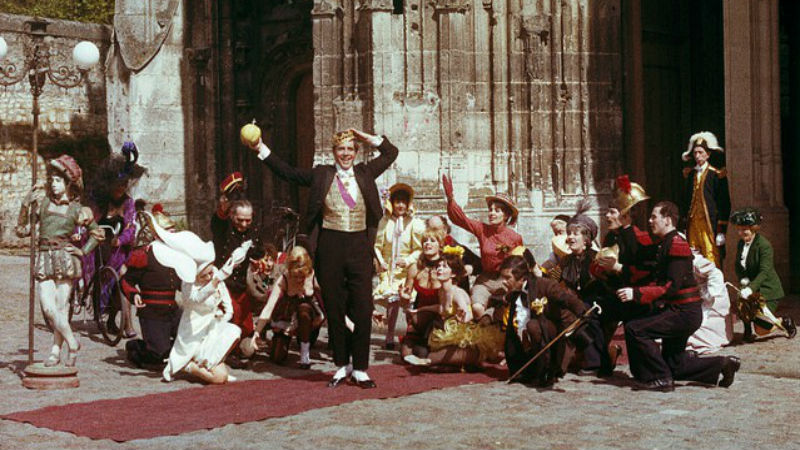 The opening of the film, which centers on the evocative image of a mechanical knight sounding the chimes of the village clocktower, suggests that what is to come is a somewhat more serious examination of war and peace than what De Broca has in mind. This foreboding image quickly gives way to larger than life military officers with cartoonish moustaches hatching absurd plans as the war grinds to a halt. A young Adolf Hitler even makes an appearance as an eager German recruit, reminding us that the insanity of global conflict will rear its head again soon. De Broca’s case is clear: there is madness on both sides and those who refuse to accept the ritual of war are seen as outliers. In fact, the hedonistic joie de vivre of the escaped lunatics is far more appealing than the stuffy, lethal determinism of the officer classes.

The title of the film, and Pumpnick’s journey, deliberately recalls Lewis Caroll’s Alice In Wonderland, the abandoning of the rules and logic that define our ordinary existence proves to be a liberating experience and facilitates Pumpnick’s epiphanic arc. Though he initially resists the blatant absurdism of the lunatic’s world, he finds himself quite literally seduced by their way of life and rapidly takes on the role of their de facto leader. Considering the time of the film’s release, the height of the 1960s, the themes of free love, peace and a rejection of historic ideas about how things are meant to be done take on a revealing light. 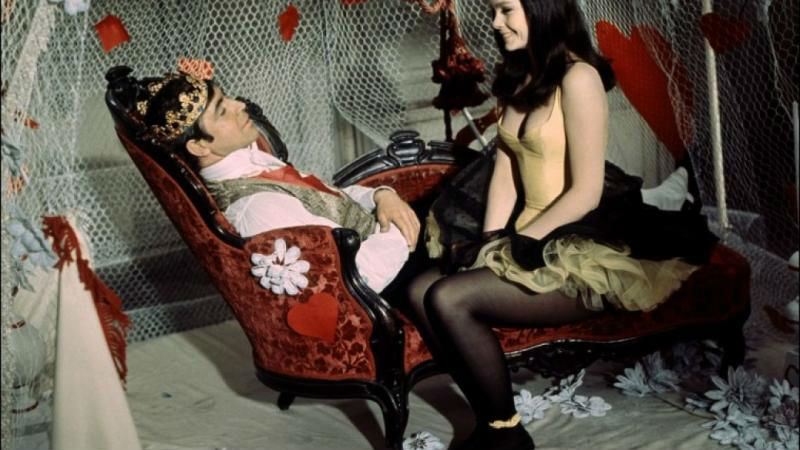 What are the inmates if not 1918’s equivalent of hippies? Rejected by a society who see them as dangerous, they abhor violence, encourage liberated attitudes to sex and embrace a new perspective on life, wholly distinct from the people in charge. When the British troops arrive at the town in the third act, even they are not immune to the appeal of the loonies. Their arrival also heralds the inevitable clash between the British and German forces, which reverts the town back to a warzone and signals the return to the status quo. Pumpnick’s climatic decision, however, retains much of the film’s endearing optimism. Broca concedes that war is the norm, but also suggests that excluding yourself from a society that keeps it that way is a perfectly reasonable response.

King of Hearts is out in selected cinemas across the UK on Friday, June 8th.

The Anti-War Battalion is fired up!!!

The emblematic Czech anti-war novel The Good Soldier Schwejk is being turned into a movie, but this isn't your average period drama; film director Christine Edzard is throwing in some very modern flavours as well as a groundbreaking theatrical twist, all from her studios in Rotherhithe [Read More...]