All The Wild Horses

"Greasy movie"
Devils on horseback! Documentary follows competitors and organisers from round the globe on the Mongol Derby, arguably the hardest horse race in the world – in cinemas Friday, June 8th

Mongolia’s horse station system was used and expanded by Genghis Khan in the 12th century as the postal service vital to the sending and receiving of information from one part of his army to another. Such an efficient system it proved that it remained in use right up to the late 1940s. Its great resource was Mongolian wild horses. Unlike the Western training model where a horse is broken and moulded to the potential rider’s will, the Mongolian method leaves horses untamed so that when ridden they run with all their natural exuberance and energy as if in the wild.

Created in 2009, the Mongol Derby has seen a total of around 40 men and women from all corners of the globe compete in an annual 10 day long, 1 000 Km race passing through some 28 horse stations roughly 40 Km apart. When Ivo Marloh was accepted for the race, he decided to take along two cameras, using one of them himself. What follows is a series of sketches of real life characters both taking part in the event and organising it. Thus the documentary is a parade of competition hopefuls, organisers and other people who ensure the event runs smoothly. 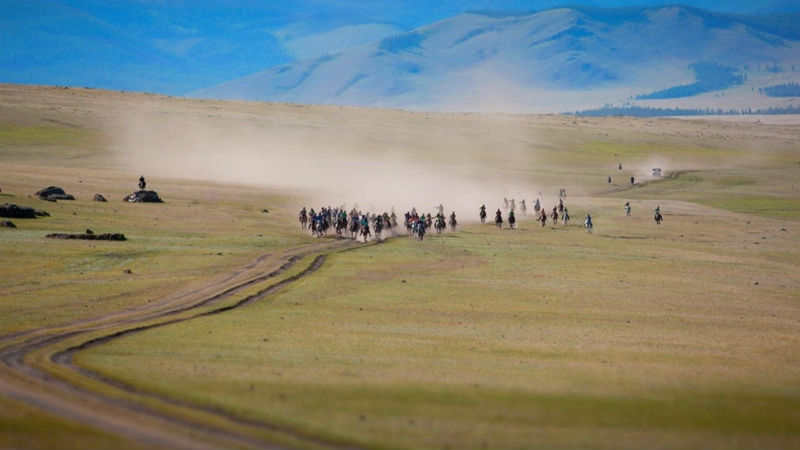 There’s a huge element of chance and chaos in an event like this. Riders complete each 40 Km leg of the race on a different horse, picked at the station where that leg starts. Choose an unpredictable horse and it will buck and throw you off, possibly causing severe injury. Fall off near a wolf pack and you might get mauled to death. The rules don’t allow riding at night as such tragedies are a lot more likely to occur in the hours of darkness. Great emphasis is placed on the well-being of the horses with rigorous veterinary checks at each station to ensure competitor penalties for any horse not meeting stringent health standards.

The race has scarcely begun when one rider is thrown off and breaks his collarbone. Later on, another competitor is bucked and ‘faceplanted’. A medical team has to be sent in: he knows immediately he’s broken his neck and subsequent examination shows he’s broken four vertebrae.

Other potential hazards include pushing yourself too hard. We watch a woman determined to win at all costs keep going even as she succumbs to a bug that causes her to vomit three times a day. Eventually, she becomes so exhausted from intense heat that all she can do is dump herself and her horse down in a cool lake and phone for help. Since she’s passed the point when she can read numbers, she speed dials her father in the US who then relays her message to the organisers to come and find her. 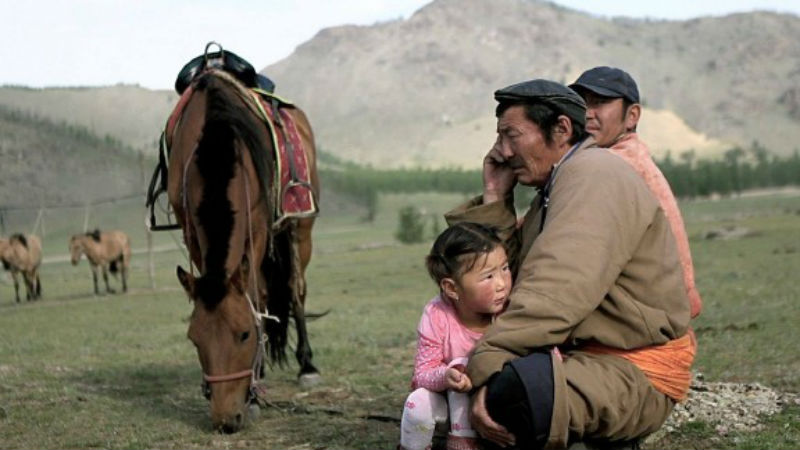 Different motives drive different riders. An African – possibly the only black skinned human these horses have even seen – earns himself a reputation for handling the most difficult horses well. So at each station he finds himself given an ever tougher horse until, on the final day, he learns that his horse has never actually been ridden before. He rises to the challenge and seems to get a real kick out of bringing his animal safely to the final station.

Two Irish jockeys, an Englishwoman and another American woman who travel together and help each other when they run into difficulty also come off well here. And there is a hair-raising tale (and footage) of some riders having to ford a river at a point where it’s the best part of a mile wide.

Overall, this is an impressive little documentary even if it relies more on talking heads and anecdotes at the stations than on showing racing footage between them. Marloh, who also edited the piece, knows how to delineate characters and string together a good story. It’s a raw, exposed to the elements affair about an event I don’t believe has been previously seen on cinema screens. Well worth 90 minutes of your time.

All The Wild Horses is out in the UK on Friday, June 8th.

You wouldn’t make a documentary about slime mould unless you found it fascinating. These two filmmakers clearly do so and their enthusiasm is likely to win you over [Read More...]