Branded as one of the ‘scariest movie’ in years, Ari Aster’s directorial debut has induced a premeditated petrified reaction from viewers who simply know they are going to see the film. Slowly building the ‘hype’ through a steady marketing campaign – including the genius creation of an Etsy page for the daughter of the Graham family – A24, as with Robert Egger’s The VVitch (2015), have ingeniously added to their growing catalogue of masterful modern horror film, whilst shifting the way we perceive film marketing. Still, it helps when the film itself plays a wickedly genius cloak and dagger rotation into the audience’s emotional psyche, as well as spiritually channelling classics horror narratives as The Wicker Man (Robin Hardy, 1973) and Polanksi’s Rosemary’s Baby (1968). 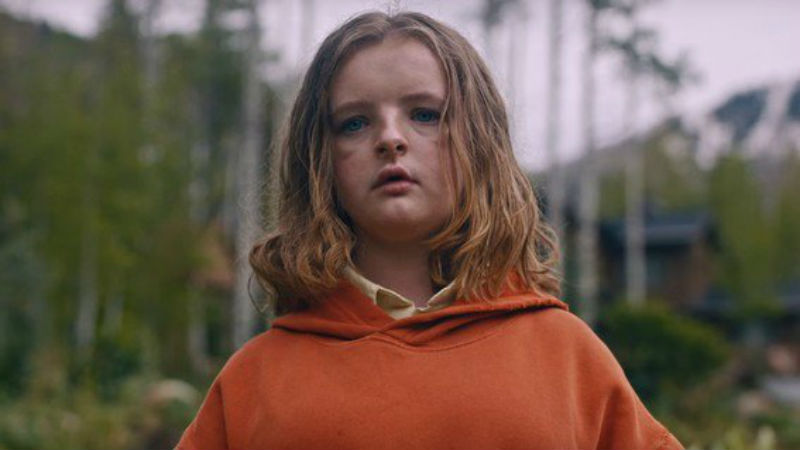 Adorning the hashtag for the film on social media, Toni Collette portrays the grieving Annie Graham who must support her family through a period of mourning the death of her mother. Ominously lingering from the first frame, Ellen Taper Leigh, the grandmother, feels uncannily still in this world, even though we see her earthly body at an open casket funeral. Gazing with melancholy, 13-year old Charlie (Milly Shapiro) is as distraught as her mother at this passing. Accompanied by an irritable ticking noise she inherently produces, the loss of her grandmother weighs heavily upon on. Unlike their other half of the family, Steve (Gabriel Bryne), with his son Peter (Alex Wolff), seem abject from true sadness towards the death. Unravelling as a tight family drama that deconstructs the roles we all must play in such a group, Ari Aster holds nothing back when approaching how inextricably bound we all are to our family ties.

Adorning an oversized ragged orange hoodie, Charlie comes to discover the secrets of her grandmother – inevitably leading to dire repercussions for the family. Always equipped with a chocolate bar in her pocket, its consumption similarly leads her down a stray path. Starting out as it means to go on, an initial scene with Charlie resourceful making use of a pair of scissors and a dead pigeon builds an uncanny platform for the film to then build upon. Heightened in the ominous tones deployed in the ghostly presence of the grandmother, the visuals ambience is matched in Colin Stetson’s deep Gothic choir music.

Central to the success of this disconcerting feature, Toni Collette delivers an emotive performance that could in other instance feels showy and over boiled in constantly frightened facial features. Placing the relations all the family share, Aster’s writing aids Collette’s acting in allowing her protective matriarchal qualities to override any possible stereotypical feverish potentials in the character. 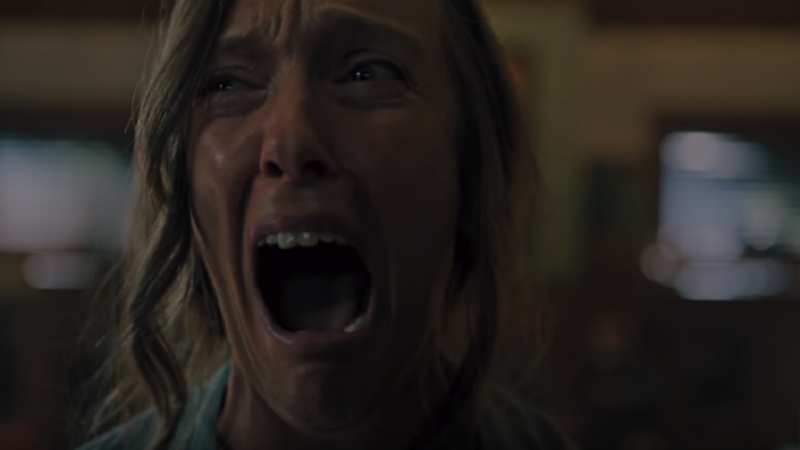 Aesthetically, the cinematography follows through with its original conceit on framing action from a side on perspective, as though peering into a dolly house. Repeating the allusively of this tale occurring with the opening dollhouse, or some strange world, is not to the determent of the family driven drama. Operating with a certain genre, the true horror of Hereditary rests in witnessing a family, on that was once filled with love, eat itself from the inside out.

Much like canonical horror films, Hereditary infuses the viewer into its terrifying ambience through the pillars that make cinema such a unique artistic expression. Possessing some of the darkest imagery I have witnessed since The Devils (Ken Russell,1971) Aster’s first film strangely leaves you wanting to experience the whole thing again, whilst paradoxically deeply troubling one’s self. Further hype will develop upon its UK release (date tbc), still such extensive terror and delight are justly so for a film of this ghoulish magnitude.

Hereditary premiered in the UK at Sundance London, when this piece was originally written. Out in cinemas on Friday, June 15th (2018). On Netflix in July (2020).