"Mostly clean movie"
Comedy about brooding NYPD dog follows in the pawsteps of family-entertainment movies from the noughties, but unfortunately it fails to bite audiences - in cinemas Friday, May 18th

M an’s unconditional love for his canine friend has been expressed throughout cinematic and world history. Exhibited earlier this year in Wes Anderson’s touching Isle of Dogs, the undying affections shared between man and animal have not been more poetically expressed since De Sica’s Umberto D (1952) and the little Jack Russell Flike. On the reverse side of this artistic expression, peculiar films as Cats and Dogs (Lawrence Guterman, 2001) use CGI to its mischievous advantage to depict real dogs imitating human speech, thus taking anthropomorphism to a whole new meaning. Following in the pawsteps of such noughties releases, Show Dogs resurrects this family-friendly entertainment in a narrative template that has been seen a thousand times over. 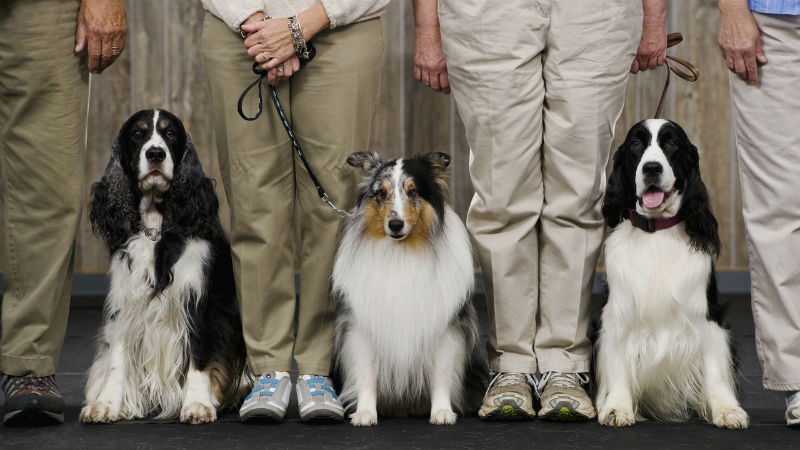 Slowly becoming the auteur of the talking dog film, Raja Gosnell’s previous filmography brings a level of predictability to the unfolding events of his fourth feature on the titular creature. Rottweiler Max (Ludacris) is a brooding NYPD dog who is the best in the business. Exhibiting his strengths in a flashy opening sequence that introduces the film’s mcguffin – a rare baby Panda – the CGI talking extends to some eye wateringly bad computerised dog front flips and sliding, all done by Max to chase down the bad guys. Stolen from China by a cocky villain Berne (Andy Beckwith) for a rich client, you know it’s a piece of Hollywood produced pulp entertainment when the villain has a British co-criminal. In a cross specifies moment of CGI dialogue, Max promises to the little Panda that he will save him – hence the tedious narrative driving force of the film.

Thankfully for Max, a real-life human being is forced to accompany him on his mission. Frank (Will Arnett) is initially antagonistic towards Max from the first scene, still, they must work together to evidently stop animal cruelty once and for all. Flying to the dizzy heights of Las Vegas, the dog show proves to be the complete antithesis from the reserved, tweed counterparts at Crufts and The Kennel Club. Accompanied by the finest ear blasting EDM on the over-saturated market, the exclusivity of this dog show is elicited through flashy dresses and an obligatory establishing shot of the famous Caesar’s Palace Hotel.

In Arnett’s performance, intertextual references to his role as Lego Batman are planted into the script, or possibly through improvisation, by writers Max Botkin and Marc Hyman. Feeling somewhat deployed to wake parents up from their dozy sleep, the incorporation of lines of Aristotle’s philosophy from a Buddhist dog plays out in a similar fashion. One only has to look at the excellence deployed at Pixar to see that films do not have to be a binary – either family friendly or not- to be a success amongst children and adults. The fundamental essence of CGI talking dogs clearly creates a strange onset environment for all human actors involved- demonstrated in some shoddy acting from the whole cast. 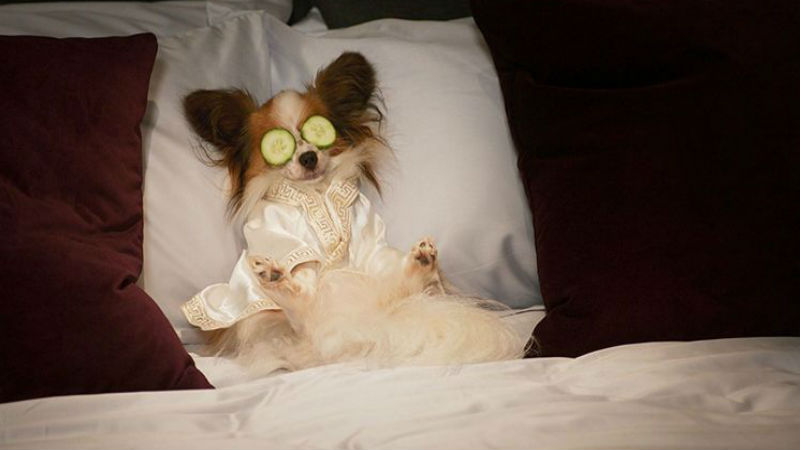 Max’s adventures in Las Vegas force him to team up with a little Papillon, who was the former world champion show dog, Philippe. Played by Stanley Tucci with a gusto that stands out in the flat script, it is surely a harbinger for light in the dark caverns of witnessing dogs with talking mouths.

Formulaically unfolding, it became apparent when watching the final act that Raja Gosnell’s style feels outdated firstly in its heteronormative conclusion and lack of true engagement with a subject matter – clearly not void of ‘kids’ films as My Life is a Courgette (Claude Barras, 2017) or Song of Sea (Tomm Moore, 2015). You clearly cannot teach an old dogs new tricks…

Show Dogs is out in cinemas across the UK on Friday, May 25th.