The House That Jack Built

"Mostly clean movie"
The controversial Danish director delivers his most violent and sadistic film to date, about a prolific serial killer and his perceived sense of superiority - on Mubi on Sunday, June 24th; also available on other platforms

Watch this on an empty stomach. This is a film that has immediately entered the pantheon of the most gruelling movies ever made. Lars von Trier wilfully challenges his audiences for 150 minutes, testing how far they can take their sadism. This is the second most disturbing film I have seen in my life, second only to Pasolini’s Salo or 120 Days of Sodom (1975). The difference is that it lacks the unequivocal political connotations of the Italian film. As a result, the maelstrom of violence feels mostly gratuitous.

Jack (Matt Dillon) is a highly prolific serial killer. He believes he’s intellectually gifted and entitled to kill. He’s a self-confessed and proud psychopath. He’s accompanied by the voice of a character named Verge most the time. Verge appears in person at the end of the movie, played by the Swiss actor Bruno Ganz. Uma Thurman is also in the film; the big and beautiful star dies at the very beginning, very much à la Drew Barrymore in Scream (Wes Craven, 1996). The cast also includes Riley Keough and Siobhan Fallon Hogan, who also meet a horrific death. Jack boasts that he has killed more than 60 hapless people. Most of them are “dumb” females and children, but then there is an unexpected twist at the end of the movie. 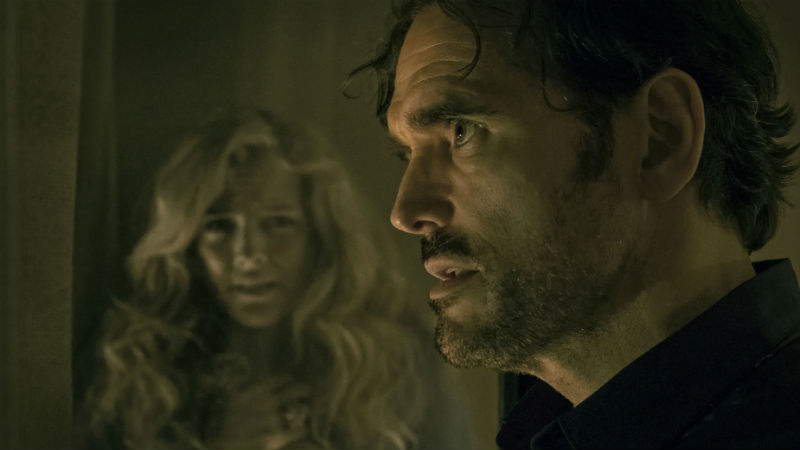 As with most of von Trier’s most recent films, the time is unspecified and and so is the location. Given the accents, the action probably takes place in the US. The director has a strange fascination with the Land of the Free, a country on which he has never set foot. All in all, the film feels detached from reality. This is the world as perceived by a very twisted mind (in this case, both director and character). Von Trier thrives on rejection and controversy. He was banned from Cannes seven years ago for making ambiguous comments about Hitler during a press conference, but the Festival and the Danish man have now made amends. There is absolutely no doubt that he wanted to cement his reputation as a misanthrope and the enfant terrible of the Festival this year.

Other trademarks from von Trier are all over the film. The erratic fast editing (with shots rarely exceeding 20 seconds), the breakdown into chapters (five “randomly selected incidents” and one epilogue), the handheld camera interspersed with drawings, cutaway footage and baroque images, the incessant intertextuality (constant references to other films and literature), and so on – all of these devices are in The House That Jack Built. David Bowie, which is central to various of his films including Dogville (2004) and Mandarlay (2005), is also a recurring element, with Fame being played over and over again.

Extremely queasy violence is abundant. Children are sadistically murdered, a breast is severed, faces are mutilated, a duckling has its leg cut with a pair of secateurs and is placed back in the water, butchered and defaced corpses are posed in awkward positions for photographs. All as graphic and realistic as possible. And there’s a grand finale, the pinnacle of the the preposterous and the monstrous. 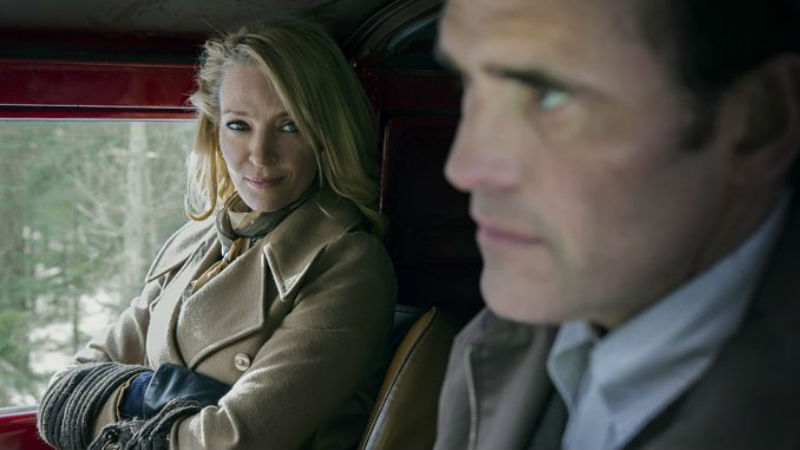 The beauty of decay is one of the central topics of the film. The role of art is another one. Von Trier questions the very purpose of cinema by showcasing images from various other films – including his very own Antichrist (2009) and Melancholia (2011). He also displays images of concentration camps, Hitler, Mussolini and Stalin. Maybe he’s trying to define evil. Or maybe he’s trying to celebrate it. One way or the other, take it all with a pinch of salt. There are also elements of sarcasm: the film title is the name of a nursery rhyme (and there’s nothing puerile in the film), while the end credits roll to the sound of the groovy song Hit The Road Jack.

All in all, this is an artistically accomplished film, but also a very pretentious one. In a way, Jack’s murder spree is an analogy of Lars von Trier’s filmography: they both become increasingly violent and culminate with a very grotesque feature. I don’t think that the Danish director could push it any further, at least in terms of violence.

The House That Jack Built showed at the 71st Cannes Film Festival, when this piece was originally written. It ran out of competition. That’s because the Festival director Thierry Fremaux decided that the film was simply too controversial for the event’s main prize, the Palme d’Or. It’s out in UK cinemas on Friday, December 14th. The perfect way to spread that Christmas cheer!