"Dirty gem"
Say it with music! English drama set in 1962 uses music as a gauge for emotions and a tool for communication, in a culture where people struggle to express their feelings with words and with clarity - now available on VoD

Spiritually, a film is an object of aspiration. Florence’s (Saoirse Ronan) words that The Times critic will be at her string quartet’s inaugural performance, and they will “triumph”. She brims with optimism in spite of the uncertainty. On Chesil Beach and Florence’s longing for success are not underpinned by the inherent vulnerability of expression, but instead in the words of French dramatist Pierre Corneille: “To win without risk is to triumph without glory”.

Adapted by Ian McEwan from his best-selling novel of the same name, the film opens in the summer of 1962, where in an old fashioned hotel on the coastline of Chesil Beach, Dorset, newlyweds Florence and Edward (Billy Howle), are honeymooning. The underlying tensions of their long anticipated wedding night reveals a fractured relationship that threatens the future, which they have envisaged. 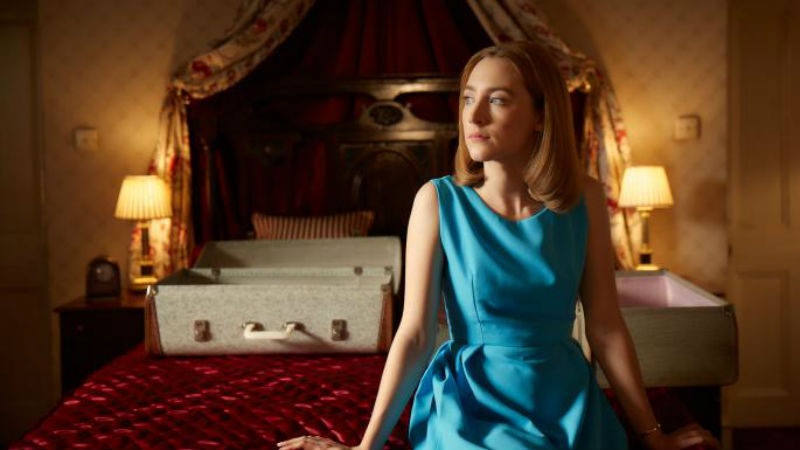 The voyeuristic and musical presence is an essential consideration when articulating one’s thoughts on McEwan and director Dominic Cooke’s human drama. The conscious awareness of our intrusive presence on the couple’s intimate and private drama is strikingly uncomfortable, yet it exposes the contradiction of cinema to create such a potent sense of feeling in an exhibitionist narrative form. Alongside our presence, the ghosts of Franz Schubert, Edward Elgar and Buddy Holly are an important and spiritual presence on the film. Violinist Flo’s natural attraction to classical music, opposite Edward’s love of rock’d roll positions music are symbolic of the tension at the heart of the couple’s relationship. It even presses the metaphorical need for the pair to discover their own interpretation of love, or rather a musical melody that harmonically combines friendship and love; emotional and physical intimacy, with life as a cognitive versus emotional and impulsive experience.

Set on the cusp of the creative and sexual revolution that would socially transform the country in the 1960s, Elgar’s Nimrod that plays on the wireless in the hotel room captures the feel of the past, symbolising that traditional English spirit. Meanwhile Schubert’s heart-wrenching and emotionally wrought string quartet, The Death and the Maiden captures the emotional spirit of the drama, whilst the modern rock’n roll reflects in hindsight the youth and tradition lost to change. McEwan and Cooke meticulously construct the film, from its physical narrative form to its spiritual dimension. 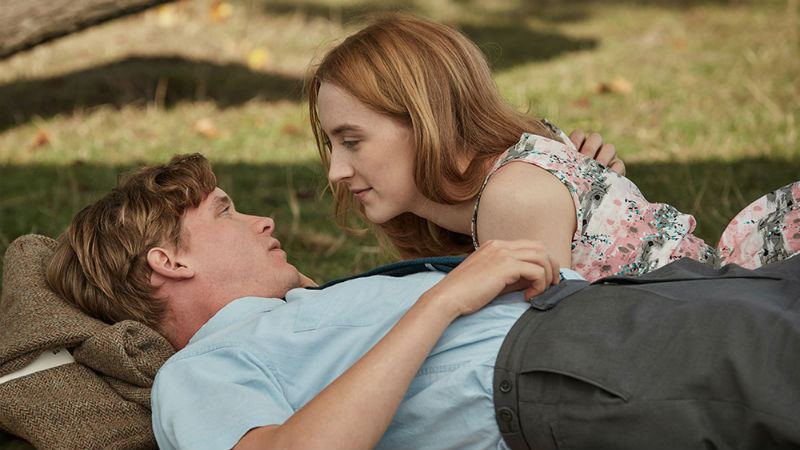 Ronan beautifully casts an image of a china doll, beneath which we can sense a heartbeat; a presence that is beguiling in its contradiction. On Chisel Beach has that air of Englishness, gently progressing as repression is gradually shattered, which is complicated by the inability to express feelings or to communicate. Writer and director have crafted a fascinating human drama with answers to the questions, or rather the readings of the choices, actions and feelings of the characters running in parallel with a complexity fitting to human nature.

If Flo’s expression of triumph is spoken with such gusto, then the story that shrouds she and Edward is more reserved in nature. With a playful air offset by moments of emotional awkwardness and tension, On Chisel Beach is a subtle and quiet enthralling drama. Not dissimilar to a picturesque setting that draws your gaze, only by a piercing long stare will one see beyond its picturesque form.

On Chesil Beach is out in cinemas across the UK on Friday, May 18th. Available on all major VoD platforms on Monday, September 24th.