"Greasy movie"
Find out what the father of communism and his accolade Friedrich Engels got up to in their early days, and where they got their ideas from - watch it right here and right now

To many, Karl Marx is simply known as the creator of the communism – an ideology that has been at war with capitalism since its outlining in The Communist Manifesto (1848). Heightened in the Cold War, its socialist origins have been transformed into something grotesque and other by totalitarian leaders. Humanising the architect of the other, Raoul Peck’s The Young Karl Marx seeks to add shades of grey to this well-known political figure, alongside his friend and fellow political philosopher Friedrich Engels. It premiered in February 2017 at the Berlinale. After a long draw out dialogue over the film’s distribution, selected venues across the UK as are owed a great deal in delivering the film to UK audiences. Upholding the old age phrase of ‘’The personal is the political’’, the director builds upon his acute cinematic representation of modern thinkers, as transparent in his previous feature, I Am Not Your Negro (also released in 2017). 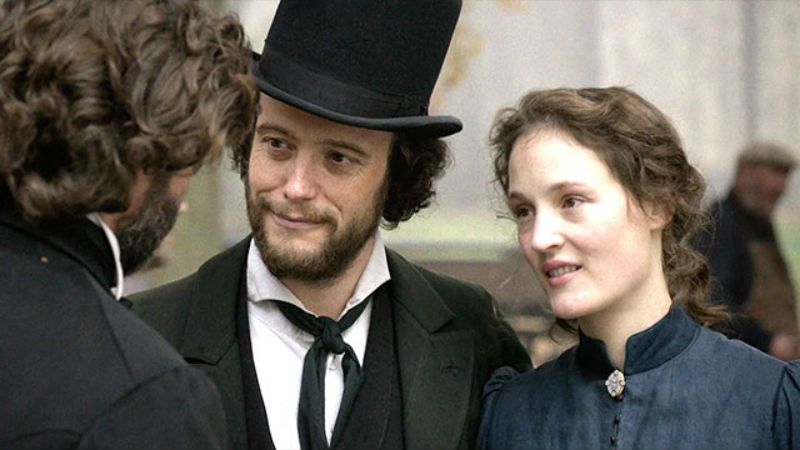 Living through a time of great social oppression, injustice and change, Peck’s depiction of the 19th century unfolds initially through Marx’s voice-over. The deep ruffling tones of actor August Diehl imbue this somewhat younger Marx with a world weariness that is reflected in the thinker’s constant struggle with finances. Instantly depicting the disparity between classes in Germany, socialist ideals are introduced through parable of peasants collecting damp wood from a forest floors. Acting as a quasi-prelude, the scene merges with Diehl’s voice over to cement the very fundamentals of Marxist regimes.

An environment of societal change, the ambience of revolution commences in Cologne, during 1843, as Marx begins to distance himself from the Austrian Social Democrats as Otto Bauer. Somewhat Europe trotting, the action hence cuts to the Ermen and Engels Mill in Salford, Manchester. Witnessing the inequalities of the rich and poor first-hand, Friedrich Engels is politically stimulated after seeing a worker called Mary Burns (Hannah Steele) walk away from the factory in order to maintain her sense of class pride. Resulting in theoretical works that self-criticised his own being and the Bourgeoisie, Engels’ path eventually leads him to Pierre-Joseph Proudhon (Olivier Gourmet) – the first philosopher to describe himself an anarchist. In his wiser company, both Engels and Marx encounter one another, thus leading to the ensuing bromance. Tentatively finding its narrative footing, The Young Karl Marx’s preliminary stages take a while to create the groundwork for its later success. 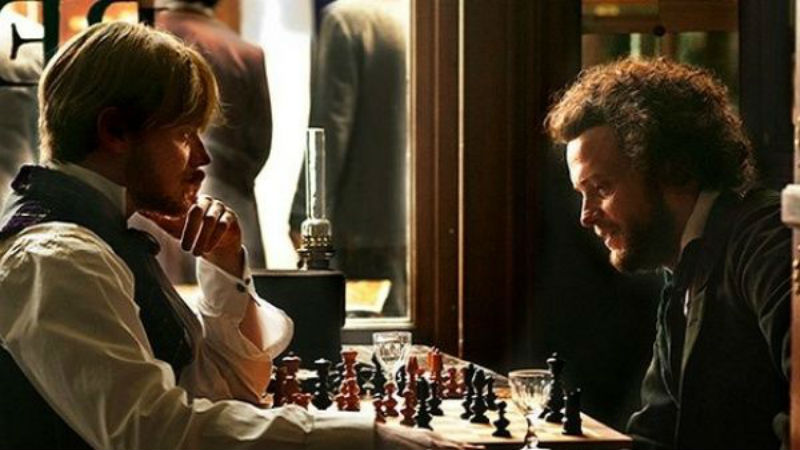 Recently celebrated by Manchester City Council, a statue of Engels has been resurrected outside the formerly mentioned HOMEmcr to ‘’inspire the next generation of artists, musicians and performers’’ and pay tribute to his work in the city. Away from real world honours, Peck hence cuts his action towards Marx’s newly formed life in Paris with his wife Jenny von Westphalen-Marx (Vicky Krieps). A former affluent lady, Westphalen is a woman who sees that ‘’Happiness requires rebellion’’. Choosing her love for Karl and adoption of a free political discourse over wealth, Krieps portrays this historical figure with a vitality that feels fully realizsd, comparable to her captivating turn as Alma in Paul Thomas Anderson’s opulent Phantom Thread (Paul Thomas Anderson, 2017). Besides his genius, Marx is portrayed by Diehl and the filmmakers as a figure constantly negotiating the boundaries of poverty. Extended in the internal struggles of Engles, the film raises a fundamental question: are we better off to live in experience or operate in the safety of commentary?

A stark contrast to the grandeur of political speeches in Hollywood filmmaking, the variety of shots deployed in the edit suite contrast a tight tapestry of ideological thought when either Marx, Engels or a fellow contemporary discuss their ideas. Absence of any hierarchical interactions, it’s clear from the performances, dialogue and director that its political beliefs are for the people. Lacking any overtly verbose speaks, ‘The Communist Leagues’ ideas do not distract from the deep friendship of either men.

Void of the emotionally and political connection employed in his previous feature on James Baldwin and race relations, The Young Karl Marx still sincerely humanises Marx, rather than simply a radical, and his compassionate relations with Engels and his wife. Yet, traces of Peck’s masterful eye for social historicity linger in a final archival montage sequence, alongside Bob Dylan’s iconic Like a Rolling Stone – the political is therefore the personal.

Watch The Young Karl Marx by clicking below: