Living on a small island means that you are at least partly detached from the world. Such is the case in Beast, which takes place on the island of Jersey, which has just 100 km2 and 100,000 inhabitants. Life is extremely insular, and a single person can easily shake up what otherwise feels like a peaceful existence.

This is a major achievement for Michael Pearce, who’s just 37 years old and indeed born and brought up on said island. On his first feature film, he managed to craft an atmospheric, nostalgic and yet creepy story. Judging by the sepia tones, the somber colours, the old-fashioned garments, you’d think the action takes place in the 1960s. There are plenty of young people and yet no mobile phone are to be seen. The only clue that the story takes place in the present is in the diegetic indie and dance music that can be heard shortly in the background. 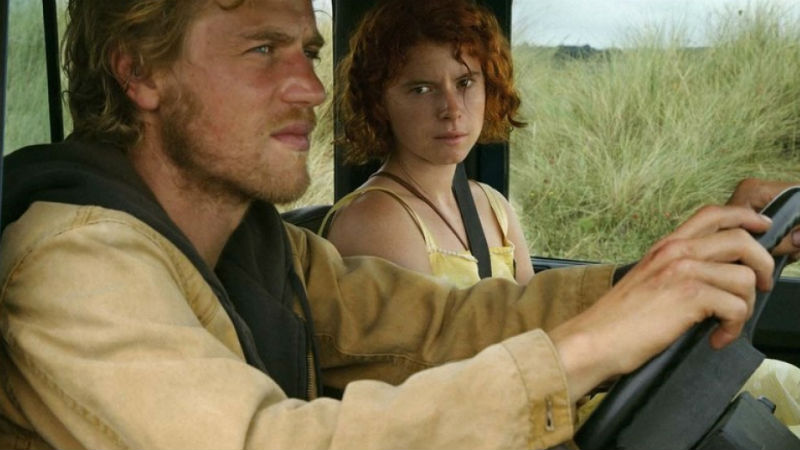 Moll (Jessie Buckley) is a shy and introverted tour guide. She looks like a young and ginger version on Nicole Kidman. She conveys a sense of vulnerability with an underlying strength and intelligence. Her gaze is stern, profound and piercing. But there is also something eerie about her, in the Lynchian sense. She self harms. During her birthday, she’s upstaged by her dolly sister Polly, who announces that she’s expecting twins and then pops open a bottle of bubbly. Moll feels like the black sheep. Plus she has a strange relationship with her formidable mother and her father (who suffers from early onset Alzheimer’s), and she harbours a sinister secret from the past. Buckley does an outstanding job. Moll is never a caricature; she’s a plausible character.

She eventually meets a young, blond, slender and blue-eyed outsider named Pascal (Johnny Flynn). He immediately becomes her venting outlet, the way out from an oppressive and joyless household. Their chemistry is as effervescent as the champagne Polly drank on her sister’s birthday. But he’s in the frame for a series of murders that have shaken the closely-knit community to the core. He also has a history of vandalism, dangerous driving, affray and even assaulting a minor, Moll is warned. They become infatuated with each other, and Moll’s darker side gradually begins to emerge. The story suddenly morphs from a fear-of-the-outsider into a bully-victim-becomes-oppressor narrative. Both young people have a taste for blood, and the story arc develops by emphasising the ambiguity of the two characters. Audiences are left wondering who’s the murderous one, or whether they both are equally disturbed. 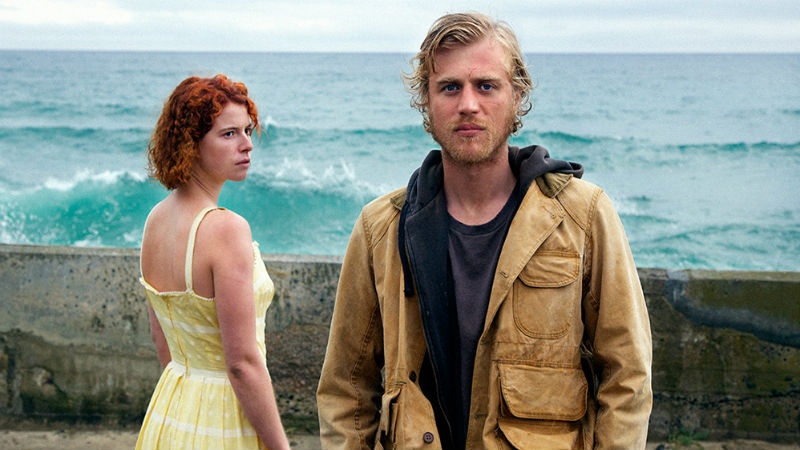 The fact that the story takes place in Jersey is of course very relevant. Not just because it’s the director’s birthplace, but also where the “House of Horrors” investigation in the Haut de la Garenne former children’s home is takes place. Could it be that Moll also has a lot of skeletons in her closet (or basement)?

The film soundtrack is is creepy and pervasive yet subtle, never intrusive, adding the final touch of duality to the story. The twists of fate and personality of the two main characters will keep you spinning around like yarn, ultimately trying to answer the question: are these two young people birds of feather? You will have your answer in the end of the movie, albeit not in the format you might expect.

Beast is out on in cinemas across the UK on Friday, April 27th. It’s available on all major VoD platforms on Monday, August 20th.